To fill the void left by the absence of this year’s Cannes Film Festival, for the next two weeks, this column will be dedicated to films that premiered at the festival over the course of seven decades.

One doesn’t watch an Apichatpong movie so much as hang out in its headspace, meditating through those soulful pauses and sifting through the metaphors to see the profundity within. Having explored that approach with absorbing curiosities like “Syndromes and a Century” and “Tropical Malady,” the Thai auteur reached the apex of his career with this jungle-set portrait of a man at the end of his life, wrestling with his past sins through an alluring prism of soul-searching and strange encounters.

It wasn’t your average crossover moment. Apichatpong’s work is best categorized as installation art, and a significant portion of his output has thrived in museums. “Uncle Boonmee” itself emerged as just one piece of the filmmaker’s “Primitive” project, a sprawling network of multimedia work that blended abstract emotions with darker aspects of Thai history. His movies extend from the same impulse driving the rest of his output — they move in unexpected directions that baffle and mesmerize in equal doses, demanding patience and rewarding it with a deeper meaning that comes together on its own terms.

All of that coalesces with profound mystery in “Uncle Boonmee,” where the title character (Thanapat Saisaymar) struggles with his role in torturing Communist sympathizers during a notorious 1965 military event. It’s easy to imagine a more traditional drama about such deathbed regret, but Apichatpong couldn’t make one if he tried. “Uncle Boonmee” gets inside the conflicting emotions and dislocation of a dwindling mind, finding beauty and wonder in its confines. For all the entrancing storybook imagery strewn throughout, Apichatpong’s greatest achievement here comes from everything he doesn’t show, as the hypnotic storytelling worms its way into viewers’ heads and takes them to a new plane of awareness. 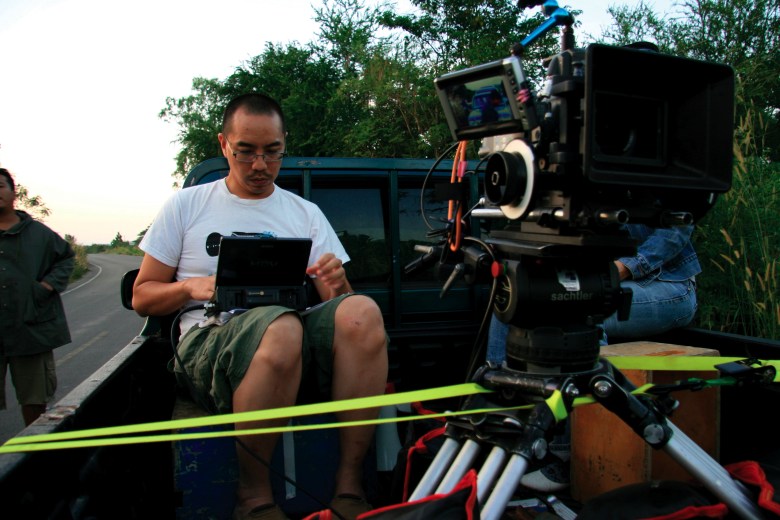 While the eerie, slow-burn narrative leads through some confusing corridors, it invites deep interpretation at every turn. Consider this remarkable passage: Late in the story, Boonmee recalls a remarkable dream about a future civilization with the power to shine a light on “past people” to make them disappear. The memory unfolds against stills of militia in the forest. “Wherever I ran, they still found me,” Boonmee recalls, but eventually it becomes clear that the images we’re seeing are less harrowing documents of the past persecution than playful memories of youth (including one in a gorilla costume). And then we’re back with him, as he lies slouched in a cave, surrounded by the ghost of his wife and his sister-in-law, contemplating his looming mortality.

So…what just happened? Apichatpong discovered the biography of Boonmee in a 1983 book about a man who claimed to discover his past lives through meditation. Using that as his foundation, the filmmaker explores the potential to experience some greater self-awareness, to move beyond fixed emotional baggage and appreciate some grander euphoria. In Apichatpong’s films, life is less about what came before than the sheer wonder of living in the moment. History may cast a disturbing shadow, but it doesn’t have the last word on subjective experience. Apichatpong conveys this poignant idea without any obvious rhetorical devices. You have to sit with his movies to appreciate their depth, a quality made all the more valuable in the rapid-fire Information Age that he works.

Nevertheless, when “Uncle Boonmee” gained some traction with its Palme d’Or win, everyone just kept talking about those ghost monkeys. And look, they’re awesome. But they’re also a portal — proof that cinema can import otherworldly images while directing them toward bigger ideas. It felt like a challenge to more reductive storytelling, and for that same reason, it was kismet that Tim Burton headed the 2010 Cannes jury.

The filmmaker had just released his biggest hit, “Alice in Wonderland,” a weak explosion of sugary CGI and murky storytelling that lacked the edgy sympathy for outsiders that distinguishes his best work. He may have seen a kindred spirit in Apichatpong (“I like your hair,” the winner told Burton from the stage), or at least acknowledged the potential of working through these themes without chasing the biggest paychecks in the process. Burton had already sold out by the time he went to Cannes that year, but at least he managed to help a filmmaker who never will.

“Uncle Boonmee Who Can Recall His Past Lives” is now streaming on the Criterion Channel.

Kathy Bates Joins ‘Are You There God? It’s Me, Margaret’ Adaptation At Lionsgate