When screenwriter J.F. Lawton first wrote what would become Garry Marshall’s smash hit “Pretty Woman” three decades ago, the struggling scribe couldn’t possibly have dreamed what his project — a dark drama entitled “3,000” about a sex worker and the rich dude who employs her for a week — would eventually become. The product of a wily attempt to move from broad comedies and “ninja movies” (his words), Lawton turned his attention to darker tales of woe, inspired by a financially insecure America and the struggling denizens of Hollywood (real Hollywood, not movie studio-packaged dream Hollywood) who lived around him.

The result was a downbeat drama that offers no fairy tale endings, no salvation, and likely would never have starred a rising talent like Julia Roberts in its leading role. It definitely wouldn’t have been made by Disney, which wouldn’t have hired Marshall as its director, and there’s no way it would have spent 30 years enchanting audiences of all ages.

That the film had an original “dark ending” has always been a source of fun for its fans (and it’s a story this writer has long been obsessed with), but the true depths of its misery has gotten less play. Hell, the script was originally developed at the Sundance Institute, home of plenty of tragic character dramas, and enough of an unexpected indie pedigree to hint that its drama goes far beyond an unhappy conclusion.

While Marshall and Disney (the film was released by Disney’s Touchstone Pictures imprint and shepherded by executive producer Laura Ziskin) buffered away plenty of the film’s more tragic elements, shaping it into a romance about “hooker with a heart of gold” Vivian and the uptight corporate raider who falls for her (Richard Gere), there’s still tragedy to be found within its feel-good bent. Sure, there’s nothing quite as joyful as Gere snapping a jewelry box closed on Roberts’ waiting hand, a moment that took the actress by such surprise that she peeled off into her trademark open-mouthed laugh, giving the film one of its most indelible scenes. But sadness is never far behind. 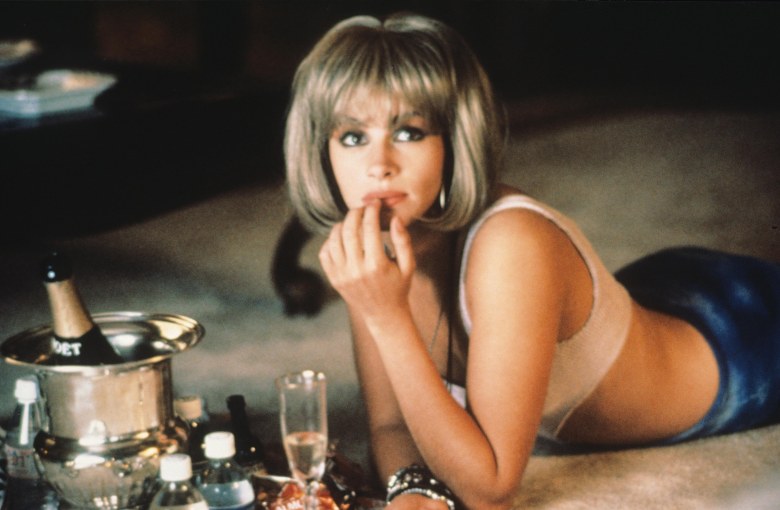 Consider Kit De Luca (Laura San Giacomo), Vivian’s best friend and fellow hooker, who we first meet while she’s making a “dinner” of cocktail garnishes and talking to Vivian about how a fellow sex worker has been found dead in an alley across from their local hang. Again, this is a Disney movie, one that opens with its leading lady walking by the final resting place of a dead hooker named “Skinny Marie.” Kit doesn’t have enough money to eat, and Vivian is about to start her evening shift thinking about the likelihood that she might be offed while on the job.

Even after Vivian (at least temporarily) ascends to a higher social plane, thanks to Edward’s (Gere) money and gifts, she can never quite escape the kind of men who only think of her as a woman to be bought, used, and discarded. In a nifty bit of casting, Marshall picked Jason Alexander — who had made his “Seinfeld” debut just days before the film started shooting in the summer of 1989 — to play Edward’s skeezy best pal and lawyer Stuckey. While Stuckey never scans as a nice guy, it’s only in the third act that he viciously attacks Vivian in her hotel suite, attempting to rape her before Edward shows up in the nick of time.

Lawton had originally intended for his film to end with Vivian and Kit on their way to Disneyland, flush with cash from Edward and no hint of renewed romance on the horizon. As Kit happily plans their day ahead, Vivian doesn’t respond, and can only “stare out emptily ahead.” While “Pretty Woman” turns 30 years old this week, in the interest of potentially spoiling the real end of the film, we’ll just say that Marshall’s film doesn’t go there. Instead, he opts for a much more Disney-fied conclusion to the once-dark tale. And yet, even then, it comes with a biting final realization: only Vivian is getting out of the tortured world of Hollywood Boulevard.

“Pretty Woman” may not have kept that “3,000” title in its long journey from Sundance script to Disney mega-hit, but anyone eager to see what a darker version of the film might have looked like need not venture far. It’s still there.

“Pretty Woman” is now streaming on Amazon Prime and is available to rent on YouTube and iTunes.