Strictly Come Dancing returned to screens on Saturday with its 20th season and fans saw Giovanni Pernice and radio personality Richie Anderson hit the dance floor as the show’s second all-male partnership. However, it’s been reported the duo have got off to a rocky start.

Giovanni and Richie are one of two same-sex couples on the show this year alongside, Jayde Adams and Karen Hauer.

It’s been claimed the pair have been struggling to get on as they prepare to return to screens.

An insider disclosed: “The pair haven’t clicked. Richie is so swept up by the whole experience that he is talking 100 words a minute, and it can be hard for Giovanni.

“He has told pals that Richie talks instead of listening during training, and it is frustrating.” 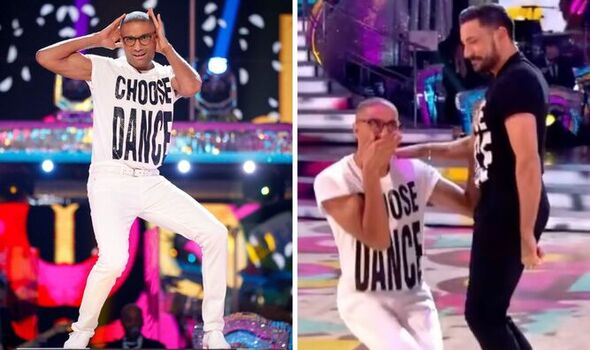 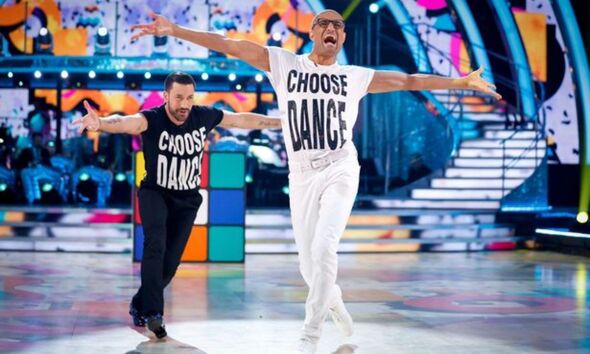 The source added to The Sun: “Giovanni thinks Richie has real potential in the competition.”

The professional will no doubt be hoping to make an impression after the success of Johannes Radebe and John Whaite in 2021.

Despite rumours the pair are feuding, Richie took to Instagram to praise Giovanni for being an “amazing teacher”.

The Radio 2 presenter posted a video of their week one performance and captioned it: “A moment I’ll never forget and so lucky I got to share it with @pernicegiovann1. 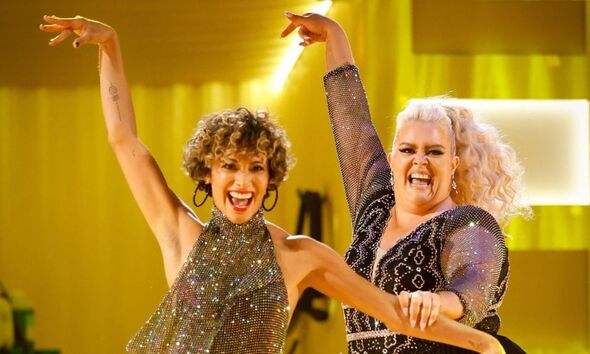 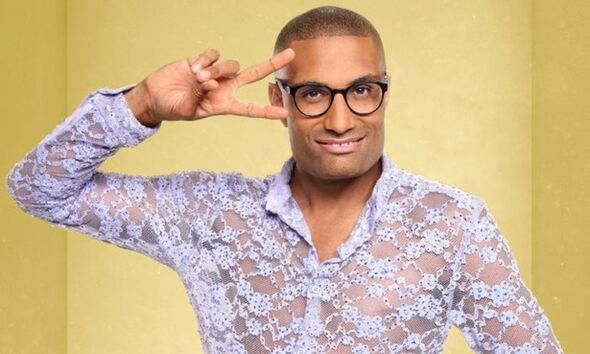 “Thank you Gio for being the best teacher over the past fortnight.

“Plenty of feedback from the judges to take on board, can’t wait to get back in the training room.”

The pair scored 23 points from the judges and were safe from elimination as there was no public vote for the first week of the competition.

Richie and Giovanni will hope to improve on their Cha Cha to Wham’s I’m Your Man this weekend to stay in the series.

The judge’s scores will be carried on to week two and combined with the public vote.

This will determine which two stars will go head-to-head to perform their routine again in the hopes of avoiding being sent home.

After week one, England football manager Tony Adams and his professional partner Katya Jones found themselves at the bottom of the leaderboard with a score of 15.

The duo failed to impress judges with their Tango to Village People’s Go West.

Fans will have to stay tuned to which stars will find themselves in the bottom two and eventually sent home.

Meanwhile, Will Mellor is the front runner at 9/2 to win this year’s Strictly.

Sarah Kinsella, spokesperson for BoyleSports, said: “Will Mellor and Hamza Yassin have both been well supported to win Strictly Come Dancing.

“The actor and wildlife presenter both impressed the judges as the 15 new contestants took to the dance floor with their new dance partners for the very first time. Mellor was backed into 13/8 from 9/2 and is the new favourite, while Yassin is 12/1 from 40/1 making him the biggest mover after week one.”

Strictly Come Dancing continues on Saturday at 6.45pm on BBC One.

John Wayne ‘spent the night shaking’ over The Alamo concerns