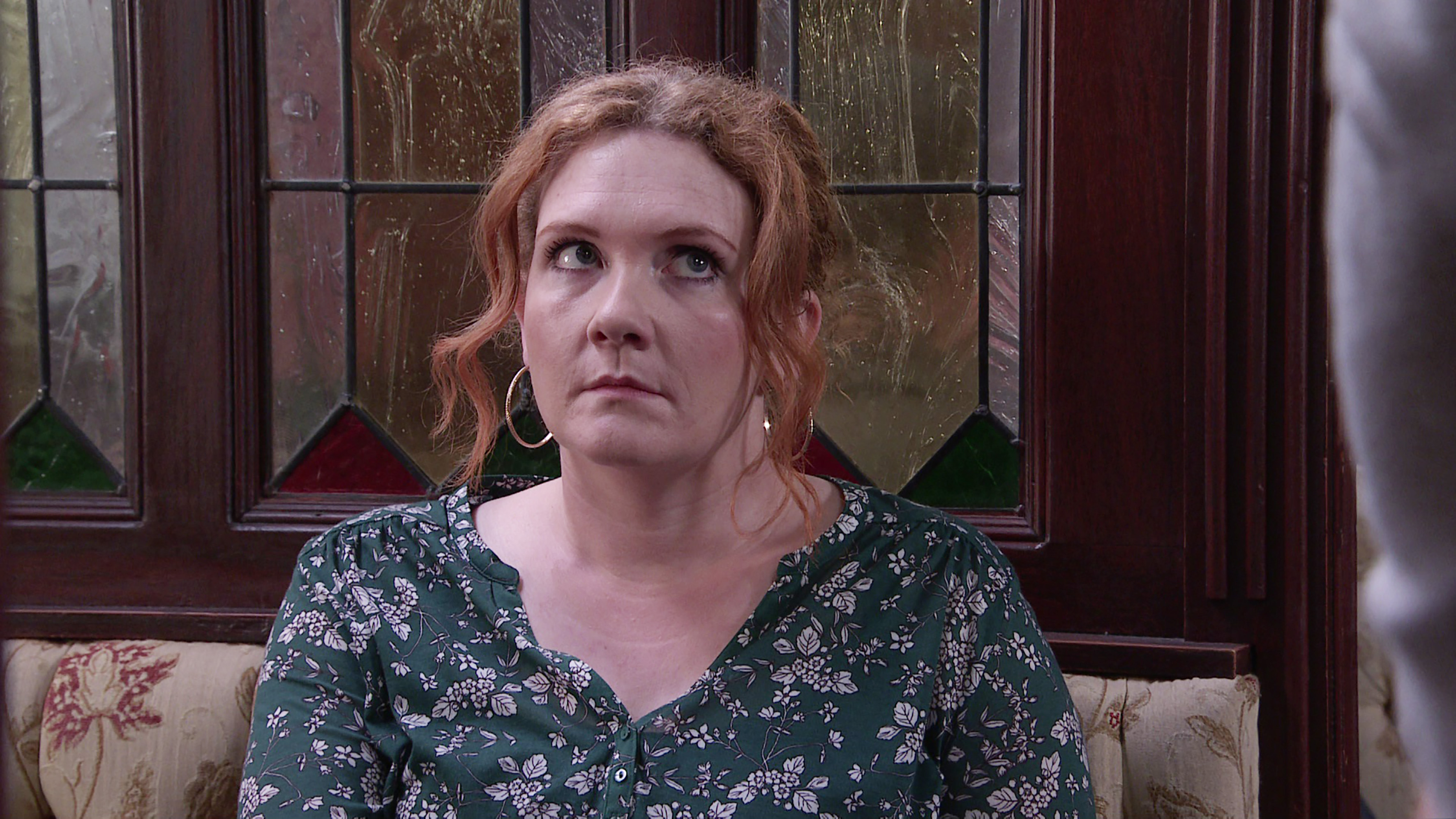 It’s Fiz Stape’s (Jennie McAlpine) turn to tell us way to much about her sex life in upcoming Coronation Street episodes.

Honestly, with this Tim (Joe Duttine) and Sally (Sally Dyenvor) storyline, nothing surprises us anymore.

Just to keep you on the absolute edge of your seats, let’s discuss what happened in yesterday’s episode of the ITV soap.

It’ll make more sense when we get to the new spoilers, trust us!

So last night, following the failed wedding, Fiz told Tyrone (Alan Halsall) that she made the right decision and both agreed to keep a low profile, so Phill (Jamie Kenna) doesn’t discover they’re back together.

At No.9, an emotional Phill told Fiz that if he finds out she’s back with Ty, he’ll do everything he can to stand in the way of a divorce.

Unaware of the truth, Phill then turned to Tyrone to try and win Fiz back.

Coming up, Phill – once again – attempts to impress Fiz after overhearing her confess that she likes a man in uniform.

An idea in mind, Phill rocks up to the factory dressed as Richard Gear from the film An Officer and a Genleman.

To Fiz’s horror, Phill then attempts to lift her up, but his back goes, and she falls to the floor!

It’s just one thing after another for poor Phill, isn’t it?

Disney Plus: More Disney Movies Could Go Straight To Streaming

Why did Selena Gomez get a kidney transplant?