The pair clashed as they spoke about the Duke of Sussex, 36, teaming up with Oprah Winfrey on new documentary The Me You Can’t See. 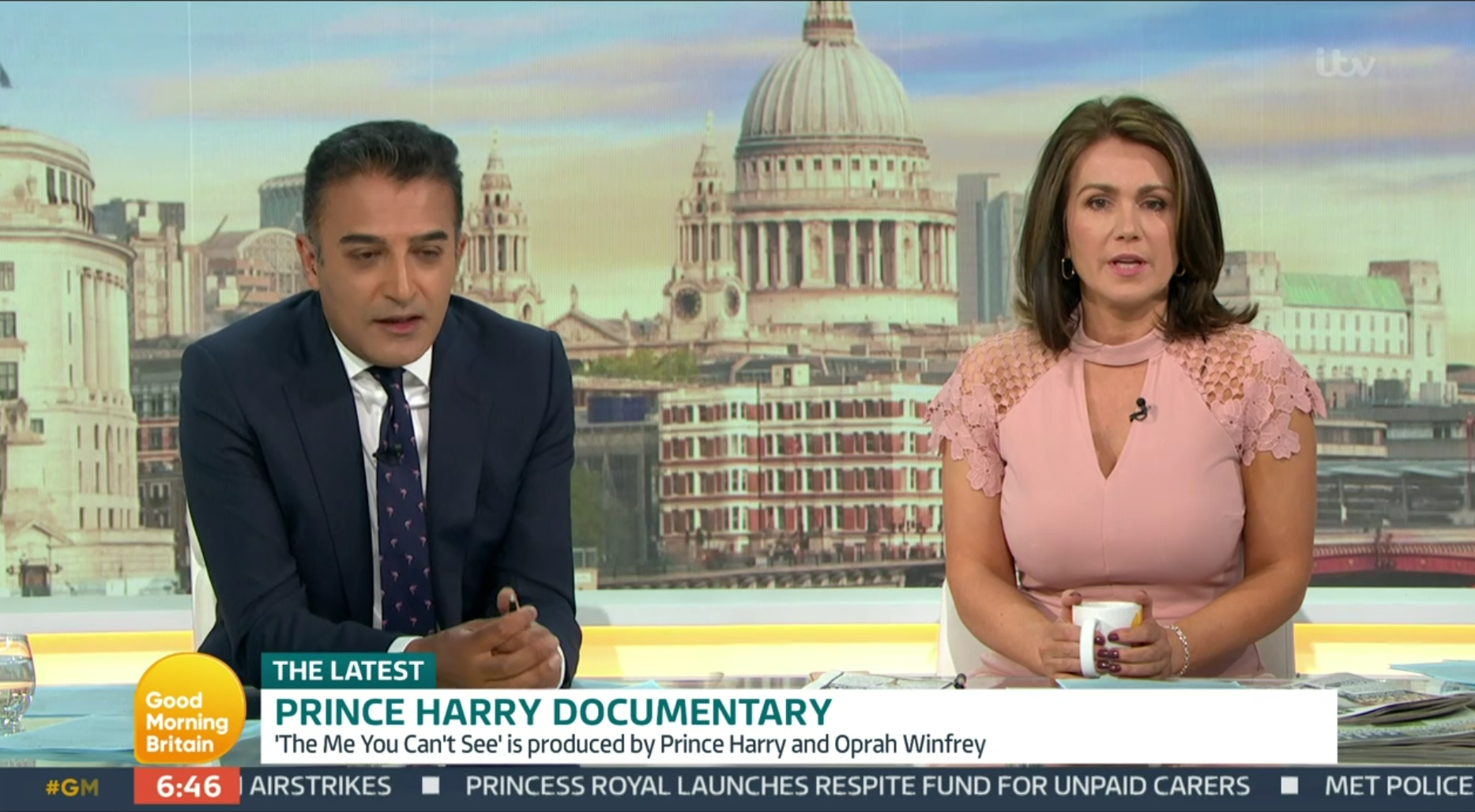 In an official trailer for the film archive footage of Harry standing next to Prince Charles at Princess Diana's funeral airs as a voiceover says: "Treating people with dignity is the first act."

Susanna, 50, and Adil, 47, reacted to the footage on GMB earlier and also listened to a segment of Harry's podcast interview with Dax Shepherd last week, in which he said he wants to "break the cycle" of "genetic pain and suffering" caused by royal parenting.

Turning to GMB guest and journalist Andrew Pierce, who called Harry using images of his mother's funeral in the documentary as "appalling", Susanna, 50, said: "You're dragging your family into criticism aren't you?

"Anyone who goes into therapy is going to be drawn into a discussion but I'm not sure your parents want to hear that discussion. 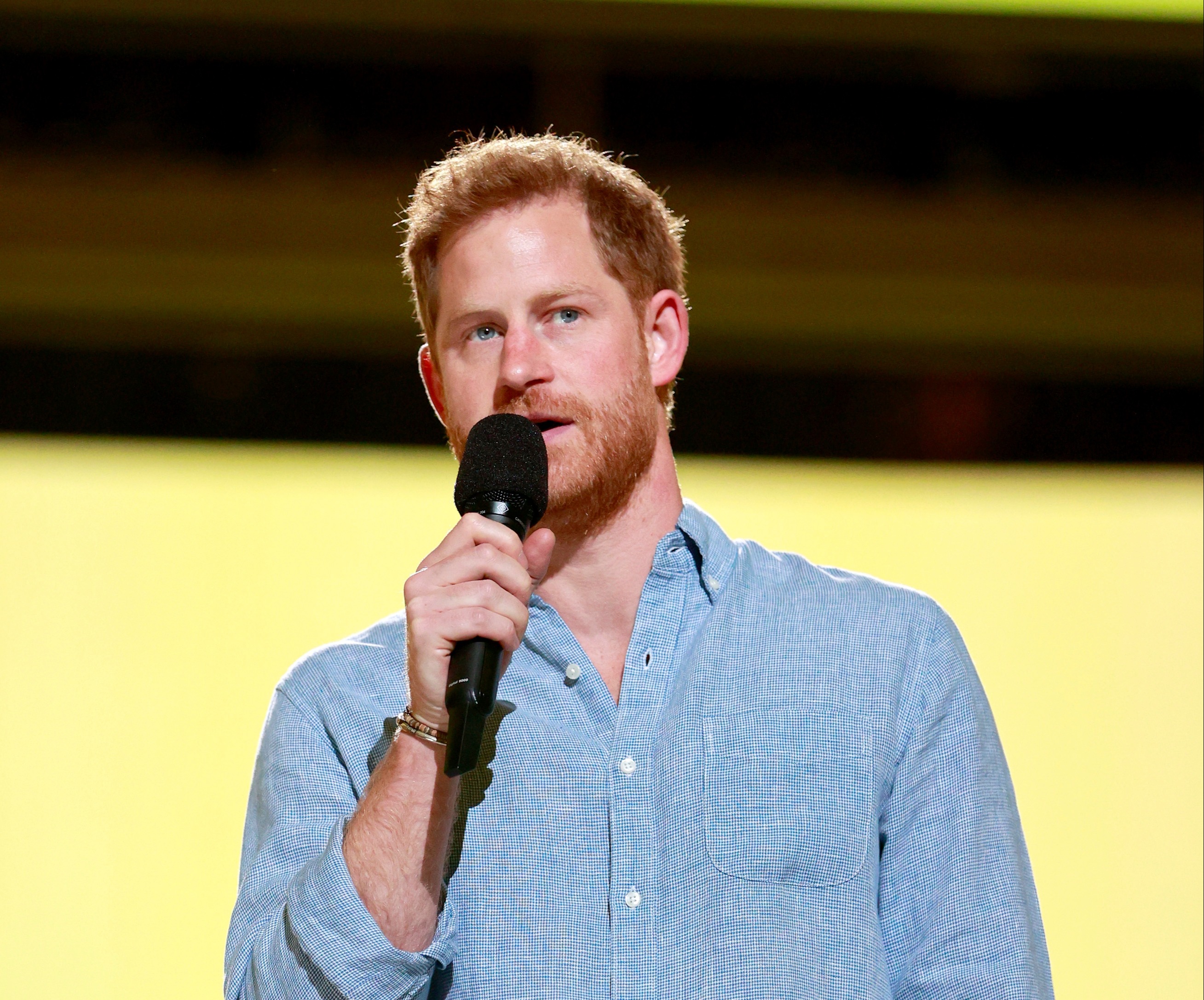 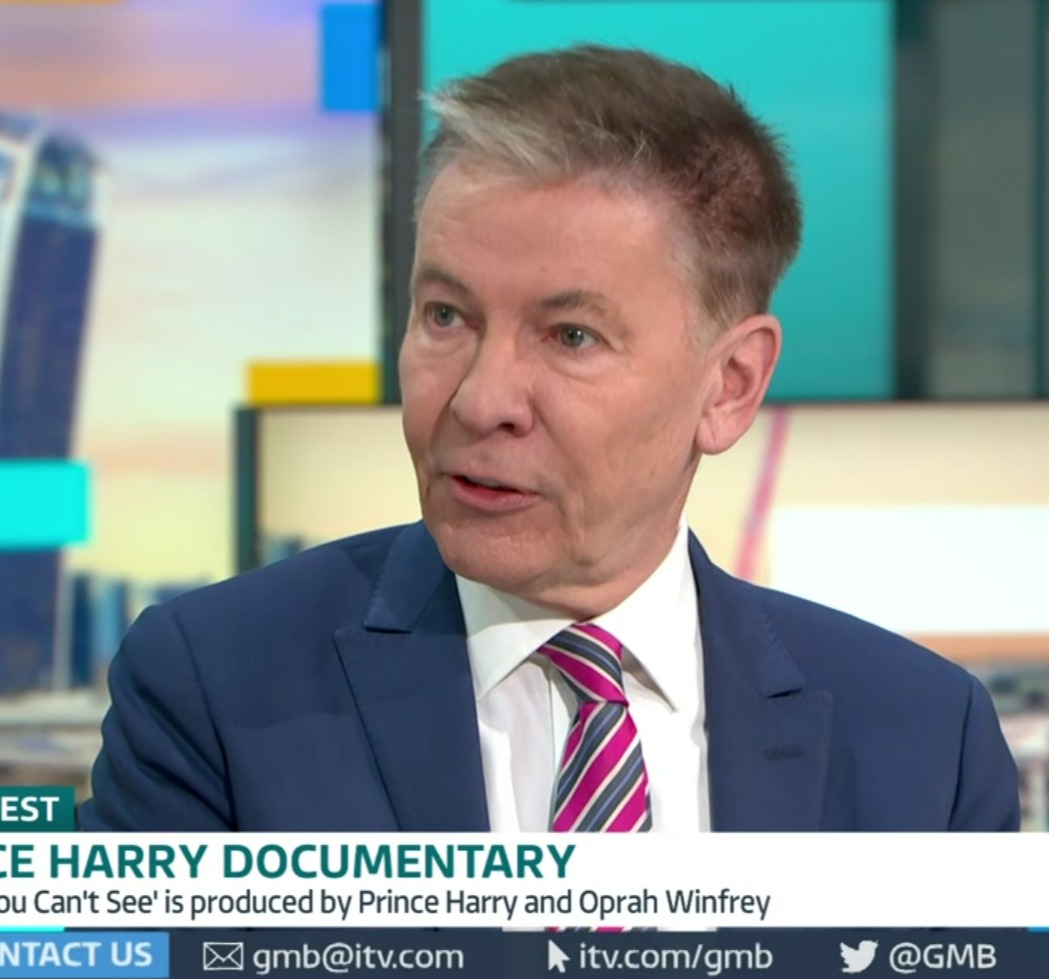 She later added: "It’s so personal – I absolutely support him talking about mental health.

Adil, who backed Meghan Markle and Prince Harry moving to the US and speaking about their experience in the royal family, completely disagreed with his co-star.

He argued: "The bit about Prince Charles is about 20 seconds, he talks about (the royal family) as a more general thing.

"He doesn't want to be a part of the royal family since he was 20 he's suffering from mental health. You can't talk about mental health without talking about your background." 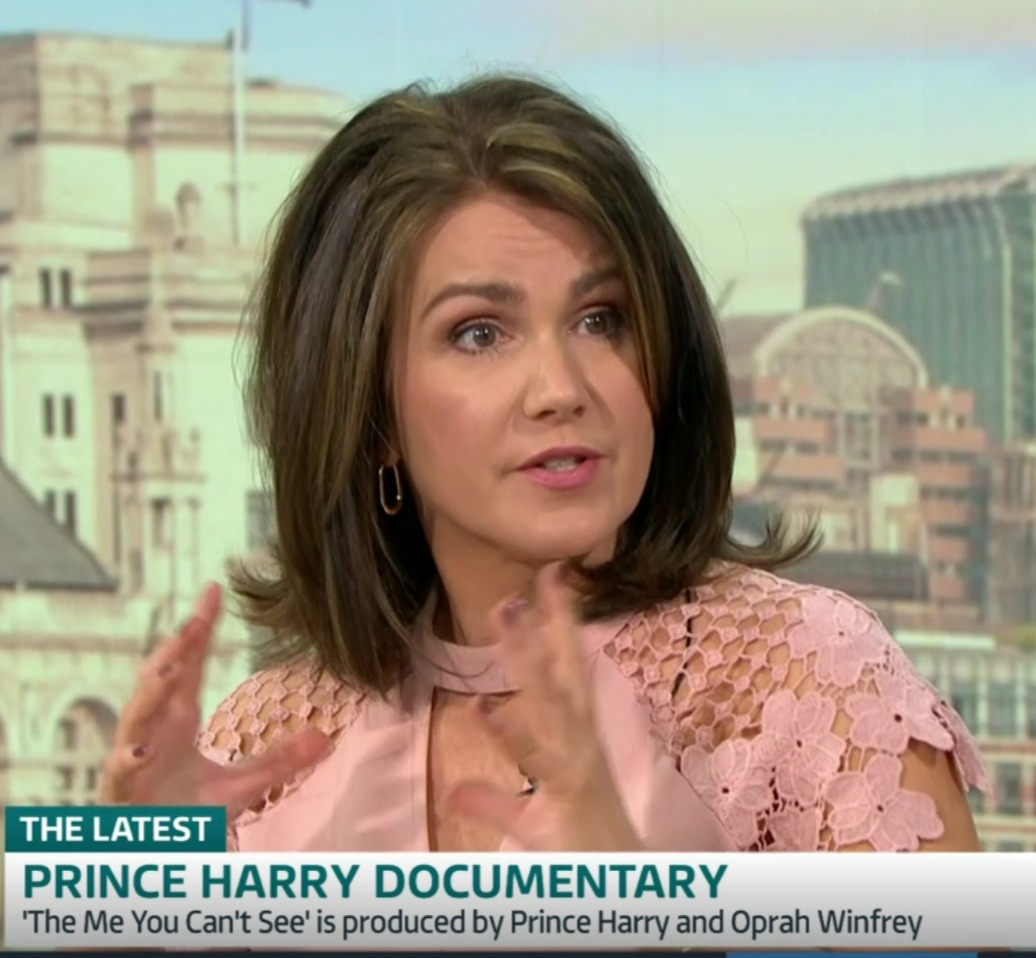 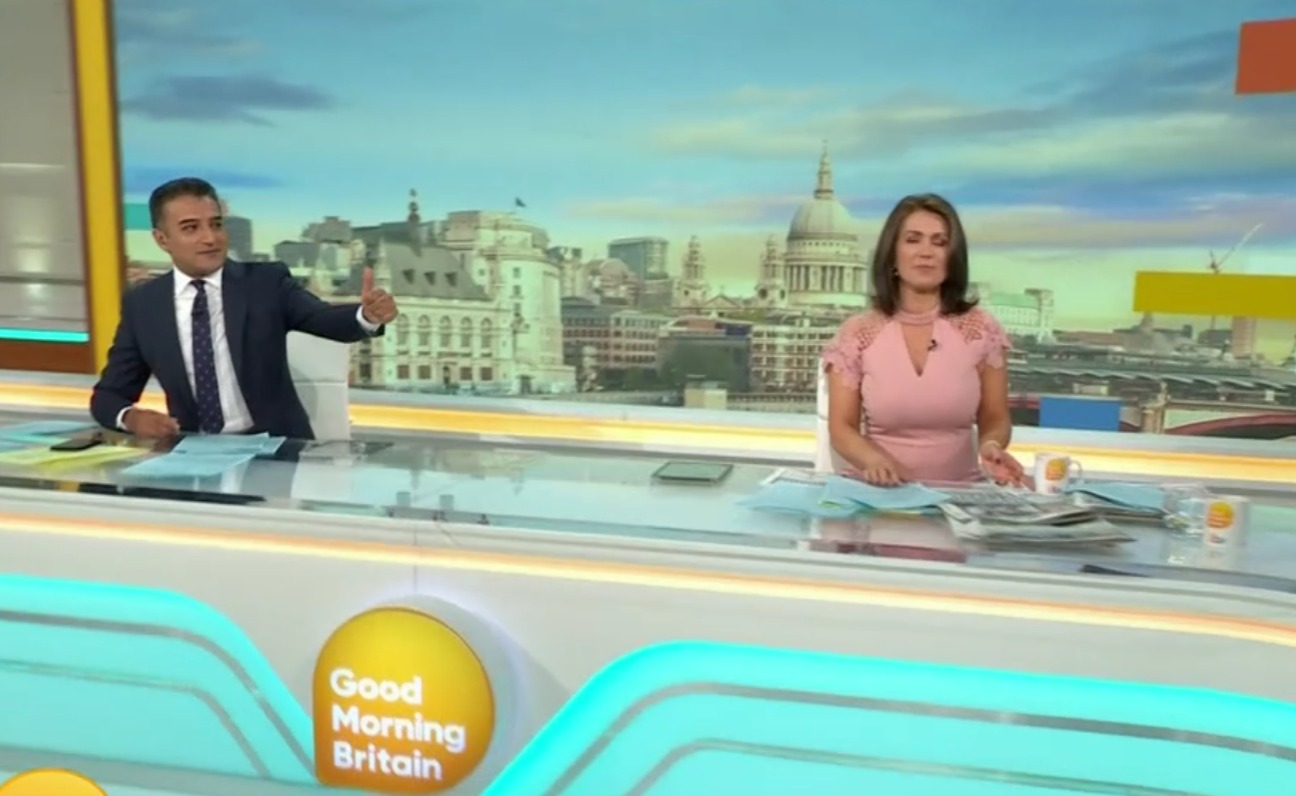 Royal experts have called it another blow for Prince Charles, after Harry said he desperately wants to "break the cycle" of "genetic pain and suffering" caused by royal parenting on the podcast Armchair Expert with Dax Shepard last week.

Harry described his former royal life as a mix between The Truman Show and living in a zoo.

The Duke of Sussex opened up about his upbringing last week, claiming he moved his son to the States to "break the cycle" of "genetic pain" from his own childhood.

Vivica A. Fox Wants Zendaya To Seek Revenge As Her Daughter in A ‘Kill Bill’ Sequel