Good Morning Britain returned to ITV today at 6am but regular presenter Susanna Reid was not in the studio alongside Piers Morgan to present today’s show. She announced last night she would be “self-isolating” following advice amid ongoing concerns over the spread of coronavirus.

Piers and Charlotte Hawkins who was sitting in for Susanna, facetimed the presenter who was on lockdown in her house in South London.

She told GMB and viewers: “One of the boys, one of my children has a persistent cough and that came on yesterday.

“Before the briefing yesterday afternoon, the advice had been, as we’d been discussing on the programme that the person themselves would be confined to the house for seven days.

“Everyone else, as long as they kept their distance could go about their business.

“Well, suddenly with these new drastic action measures that changed yesterday afternoon and it meant if even one member of your household had either the persistent cough or a fever, then you would all have to go into self-isolation for 14 days, so that means immediately I can’t go into work and work with you guys for 14 days, all the children are off and we are effectively two households because like many families we are separated, so we have two households who are self-isolating.

It comes after Susanna announced the decision to self-isolate and not return to work last night. 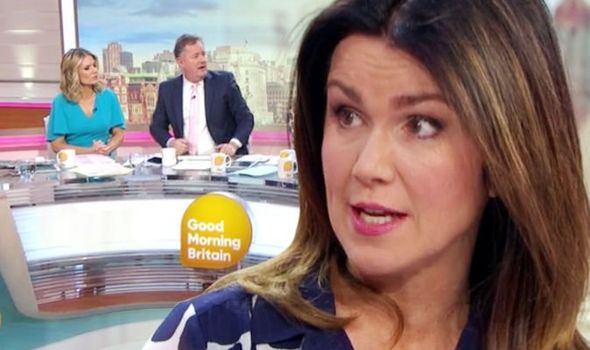 Posting to her official Twitter account, she said: “I am currently well but due to the new advice today I will be self-isolating for two weeks due to symptoms in my household. Stay well everyone.”

Hundreds of Susanna’s fans were quick to send messages of support to the TV presenter and it didn’t take long for Piers to weigh in.

Clearly upset by the news of his co-host’s self-isolation, Piers retweeted Susanna with the quote: “BREAKING,” alongside a crying emoji.

Susanna’s announcement comes on the same day it was revealed Idris Elba and Game of Thrones star Kristofer Hivju have both also tested positive for the virus.

The GMB host’s decision was also made just hours after Prime Minister Boris Johnson issued new guidelines in order to combat the spread of COVID-19. 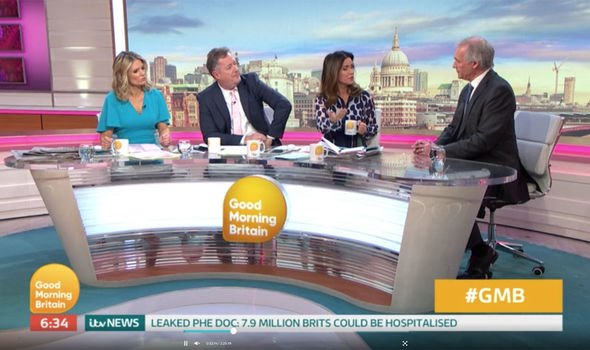 Earlier in the day, the Prime Minister urged the UK to avoid “non-essential travel.”

He also said that, should anyone in a household start exhibiting symptoms, everyone in the home should self-isolate.

Mr Johnson stated that while “fit and active healthy 70-year-olds may find this excessive” the new measures put in place are “overwhelmingly” worthwhile.

Other measures include the avoidance of restaurants, bars and pubs in order to lower the risk of contracting the virus.

During the announcement earlier today, the Prime Minister also admitted that those in London are “a few weeks ahead” than the rest of the nation.

He said: It is now clear that the peak of the epidemic is coming faster than some areas than others.

Good Morning Britain continues weekdays at 6am on ITV.

Spoilers: Carla in Corrie moves on with a face from her past as Peter gives in?