Much of the early concern around a show like “Sweet Tooth” — a fantasy adventure based on existing I.P. that targets all four quadrants while ostensibly posing as a kids’ show — is that it will either be sweet to the point of saccharine or awkwardly imbalanced in trying to please too many audiences. Kids can’t watch a show that’s too violent (and they won’t watch one that’s too complicated), while parents typically can’t stomach anything that tugs on the heartstrings so hard that their eyes roll out of their head. (Well, they can’t handle it when it’s live-action.)

Thankfully, and somewhat in spite of itself, “Sweet Tooth” manages to thread the needle. (Or thread the floss?) Based on Jeff Lemire’s DC comic books and adapted by “Hap & Leonard’s” Jim Mickle (who serves as co-writer, director, and executive producer), the eight-part Netflix series follows a “hybrid deer-boy” (their words) who travels across a post-apocalyptic America in search of his mother, alongside a former pro football star whose past sins are far darker than helmet-to-helmet penalties and a young girl who started an army of animal-hybrid wannabes.

If that sounds like a lot, well, sometimes it is — humanity is nearly wiped out by a viral pandemic called The Sick, for instance — but don’t worry. On paper, “Sweet Tooth” sounds as weird and different as a few of the CGI hybrid babies look (prosthetics all the way), but it should feel familiar (in mostly comforting ways) to anyone older than the deer-boy named Gus (Christian Convery). After all, just like Gus himself, it’s structurally engineered to connect with children.

“Some stories start at the beginning… our story, begins here.” That introduction comes from James Brolin, the series’ unseen narrator, and like so many more of his gargling chestnuts, the line never really makes sense. It just sounds nice, which turns out to be good enough. At an unspecified time in the future, two disconnected events happen at the same time: First, a viral outbreak sweeps the world. Dr. Aditya Singh (played by an excellent Adeel Akhtar) is the first to witness its deadly effects, when a patient comes in with flu-like symptoms and a nagging twitch in her pinkie finger. Thinking it will go away like the common cold, he sends her home with antibiotics, only to be unnerved by her quick return with worsening symptoms. Soon, hospitals are overwhelmed, people become increasingly desperate, and Dr. Singh has to escape his suburban neighborhood with his infected wife, Rani (Aliza Vellani), or risk having her taken away from him by the government. 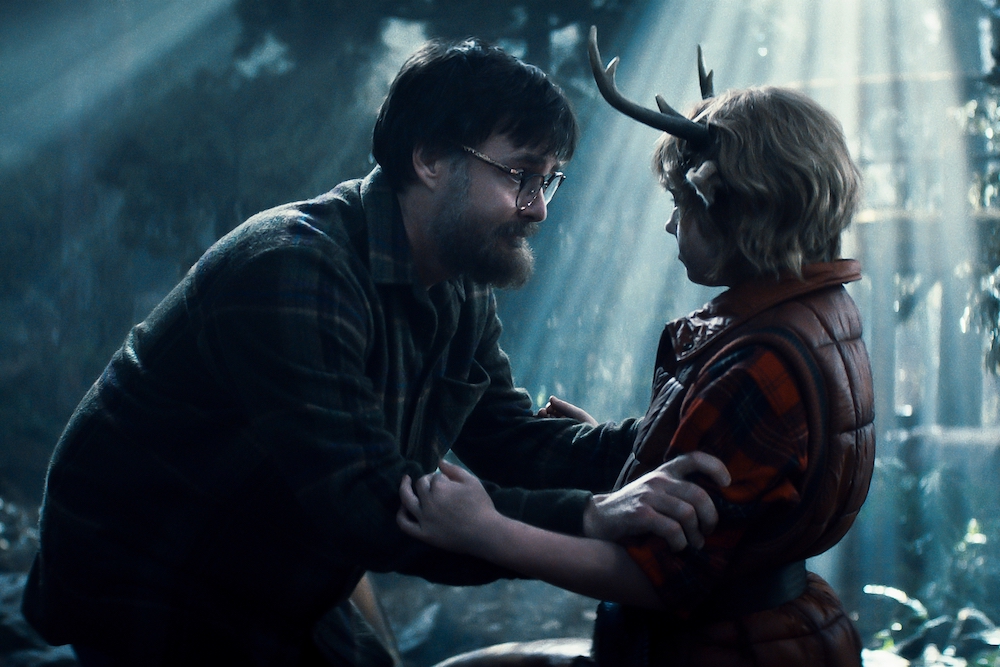 Will Forte and Christian Convery in “Sweet Tooth”

All of this plays out in a speedy, six-minute montage, and if it sounds a little too close to watching a year’s worth of your worst fears come to life, that’s because it is. But “Sweet Tooth” wasn’t made to provide commentary on COVID-19 (its origins are a decade too old), which makes the second simultaneous event, also playing out over the six-minute intro, all the more critical. Suddenly and without explanation, hybrid babies start being born. Part human and part animal, these natural anomalies are widely regarded with fear and disgust, even by the innocent parents who birth them. Such hatred isn’t driven by bestiality accusations — this is a kids show! — but because when the world is falling apart, anything different gets lumped in with the disaster.

Throughout “Sweet Tooth,” which mostly takes place 10 years after The Sick starts, characters repeatedly state that the hybrids didn’t cause the disease; that’s just a poor association made by a scared, misinformed populace. Lucky for Gus, who was born with steadily growing antlers and fawn-like ears, his “pubba” (in another impressive dramatic performance by Will Forte) whisks him away to the woods as soon as the chaos starts. There, he raises his hybrid child to fend for himself, respect the Earth, and drink maple syrup, which they make together from tree sap. But, as tends to happen when people run away to the forest, the real world eventually finds them, and Gus is sent on a solo adventure to find his mother.

Joined by Tommy “Jep” Jepperd (an endearing Nonso Anozie) and, later, a girl named Bear (Stefania LaVie Owen), Gus’ journey through lush, brightly saturated wildlife and haphazard new communities is broken up by stories you know will connect with the A-plot by season’s end. There’s Dr. Singh, still toiling away to save his wife; Amy (Dania Ramirez), a former therapist who finds renewed vigor for life when she’s forced to fend for herself; and General Steven Abbott (Neil Sandilands), leader of The Last Men, an army out to exterminate and experiment on hybrids, who they blame for The Sick. 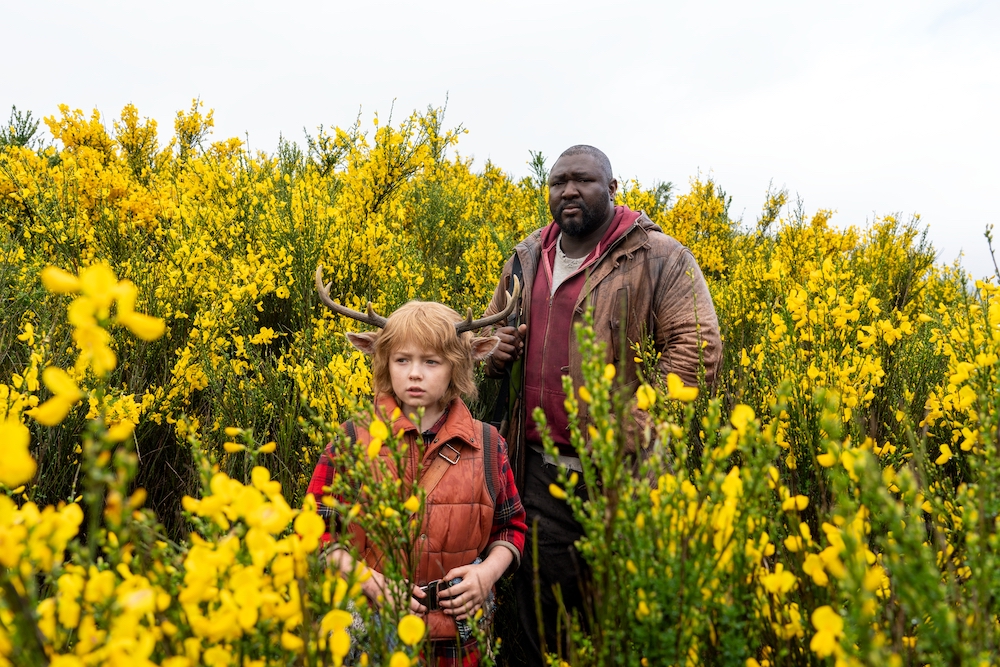 While the show never buckles under the weight of its steadily expanding cast — the brisk storytelling results in only two episodes over 50 minutes and two more under 40 — a calculated simplification hangs over “Sweet Tooth.” Every character’s main motivation is rooted in a desire to unify their family. Gus (nicknamed Sweet Tooth due to his love of candy) is trying to find his long lost mom; Jep is struggling to overcome the loss of his wife and daughter; Dr. Singh’s only concern is the health of his wife; Amy is an orphan and hates adults because of it.

Each episode’s new setting also provides a broad kind of wish fulfillment, as kids get to vicariously live in an amusement park (with no parents) and adults can embrace the dream of living alone in the woods (maybe in an abandoned yet adorable cottage, maybe in a plush national park’s visitors center on the side of a mountain). Teens, meanwhile, are spoonfed the message of the day: Older generations are bad, they screwed up the world, and their children will do better mainly because they are better.

Such obvious catering to the younger demos can make “Sweet Tooth” feel a bit narrow-minded, like a beautiful doll that can speak in full sentences but they’re all about the importance of family. Still, there’s a reason Steven Spielberg has had so much success telling stories about parents and kids coming together: People eat that shit up. The series’ efficient storytelling, world-building, and character work make it easy to switch off your brain and enjoy the adventure (that is, if you can get past The Sick). Strong performances help, too, and with so many critical core ingredients working smoothly, it’s much easier for a genial little fantasy-adventure series to go down easy. “Sweet Tooth” may not offer a full meal, but sometimes all you need is a good piece of chocolate.

“Sweet Tooth” Season 1 is available to stream in full on Netflix.

Brian Kilmeade to Trump Spox: You Can't Say Americans Are 'Better Off'