Ted Lasso fans may have to wait a while longer for new episodes.

Whereas Seasons 1 and 2 of the Emmy-winning Apple TV+ comedy bowed in August and July, respectively, series co-creator Brendan Hunt (aka Coach Beard) says that viewers should anticipate a slightly later premiere date for Season 3. 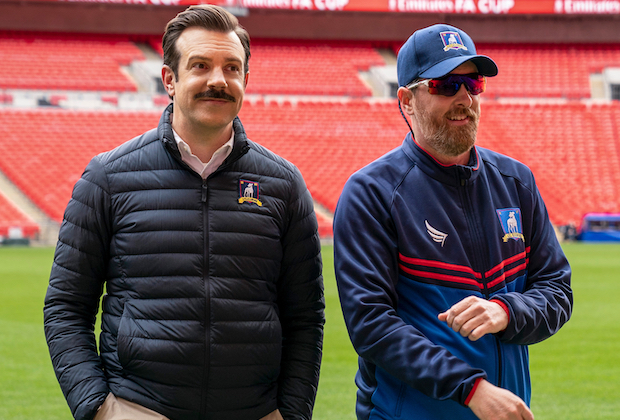 “We’re in pre-production and scripts are written,” he tells TVLine, but cameras will start rolling later than usual because of a “football wrinkle” — specifically, “when we might shoot football [scenes].

“We are definitely starting later this year than in Season 2, that’s for sure,” Hunt says. “So I would be surprised if our delivery dates were the same. That’s above my pay grade, I don’t know for sure, but I do have a vague understanding of the limits of this dimension we call time, and I would say it seems pretty unlikely that we would [premiere] as early this year.”

But rest assured, cameras will start rolling “soon,” he says — likely by the end of February. “It’ll happen, and it’ll take longer than people want it to, [but] we’re just going to try and get it right.”

Ted Lasso Season 2 ended on a major cliffhanger: After lashing out at Ted, Nick Mohammed’s Nate resigned as Richmond’s assistant coach and took a new job as head coach of Rupert’s newly acquired West Ham United. (TVLine spoke with Mohammed about Nate’s Season 2 transformation, which you can read here.)

Little is known about Season 3, though fellow co-creator/exec producer Bill Lawrence previously confirmed that both Sarah Niles (who was first introduced in the Season 2 premiere as team psychologist Dr. Sharon Fieldstone) and recurring guest star James Lance (who plays former sports columnist Trent Crimm) will factor heavily into the next 12 episodes, despite their presumed exits in the Oct. 8 finale.

TVLine has reached out to Apple TV+ for comment on Ted Lasso‘s potential delay. In the meantime, hit the comments with your hopes for Season 3.