The Chase placed Bradley Walsh at the forefront of yet another celebrity special this evening, which saw him guiding a team of four through to the Final Chase for their chosen charities. However the first contestant up this evening, former EastEnders star Nina Wadia, sparked a quick battle with chaser Paul Sinha.

Nina started off the show well with an impressive £4,000 cash-builder.

However when she got to the head-to-head round she was not eager to take any intimidation tactics from Paul.

After getting a scientific question correct, Paul began explaining the background of it, prompting Nina to lean on Bradley and start snoring.

Nina then jokingly stood up and announced: “Oh sorry, was he talking?” 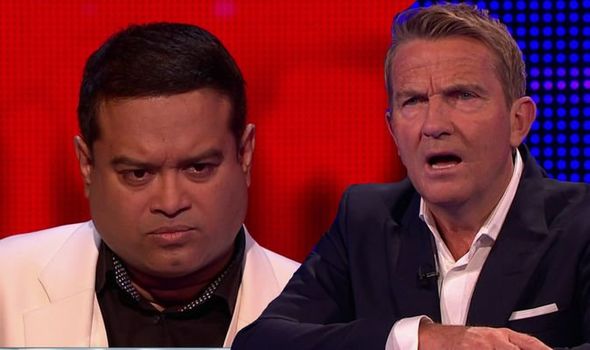 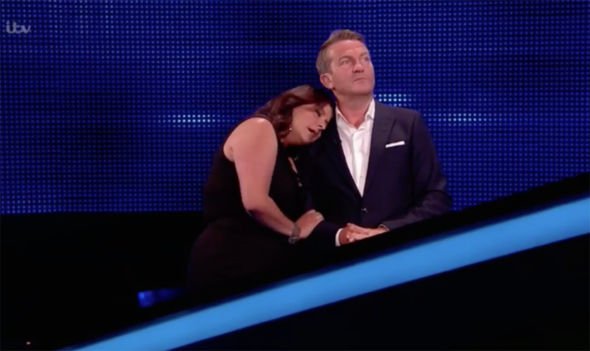 Paul wasn’t willing to take this insult lightly, however, as he chuckled before dealing a brutal blow towards Nina’s acting.

He responded: “I won’t tell you when you produced that response in me but every single depressing episodes of EastEnders that you were in…”

The rest of the team cackled at the pair’s bickering, while the live audience graced the set with some “Oohs”.

After being left ecstatic by the exchange, Bradley chimed in with his own comment. 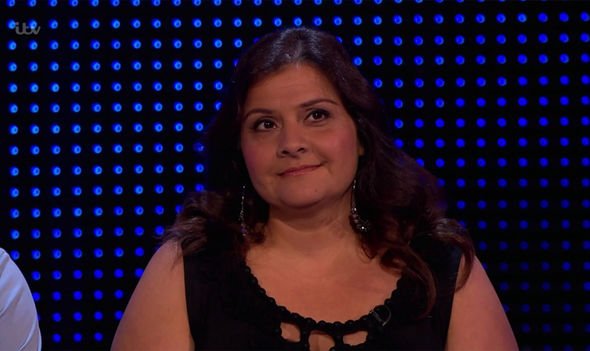 He announced: “Ladies and gentlemen, the gloves are off!”

This sparked quite a reaction on Twitter, as one wrote: “Fair play Paul Eastenders is depressing and s**t! #TheChase.”

Earlier this week Bradley hit out at his contestant after they began dishing out some details on the question at hand.

After a question regarding Darwinism and evolution, contestant Pam explained: “Yeah there was a bit of controversy when it first came out. I think it was in the ’60s or ’70s wasn’t it?

“The Naked Ape basically talks about a Darwinian theory about how we evolved from apes and obviously we don’t have the same amount of hair as they do, so we are the Naked Ape.”

After a short chuckle Bradley added: “You should be a chaser, with all this information. If you were a chaser what would your name be?”

To which Pam nervous replied: “Erm, I don’t know. I really – you think of one for me.”

“Yeah, ok,” Bradley responded. “I’ll think of one for you. Ok, let’s go. I will say, I think that is the first time you have been lost for words this series.

Fans spoke out on Twitter about Pam’s time on the show, as well, as they criticised her for speaking so much on the show.

One wrote: “#TheChase Can we have some strong silent types please.”

The Chase airs weekdays at 5pm on ITV.

'The Last Jedi': How Rey and Ben's Romance Mirrors Another Fan-Favorite Romance