ITV presenter Bradley Walsh jumped to the defence of his pal and fellow The Chase star Jenny Ryan, in Monday’s repeated episode of the hugely popular daytime quiz show after a contestant appeared to insult her. The chaser known as The Vixen, was left gobsmacked as the player hit back after she cheekily branding him “baby-faced” when it was his turn to face her.

And no-one was prepared for what came next.

He giggled as he replied: “Chubby cheeks.”

But Jenny was taken aback, believing he was making a jibe at her.

Even Bradley seemed a little bewildered and stepped un to defend Jenny: “That’s unnecessary…” he tutted. 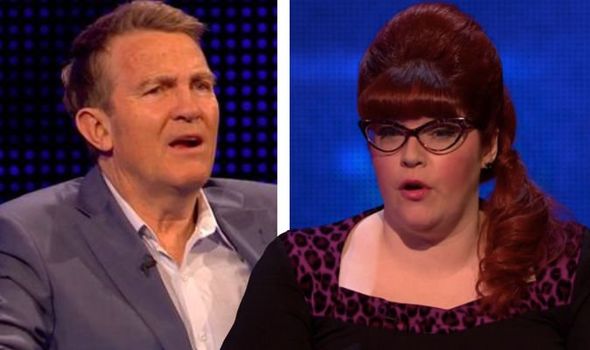 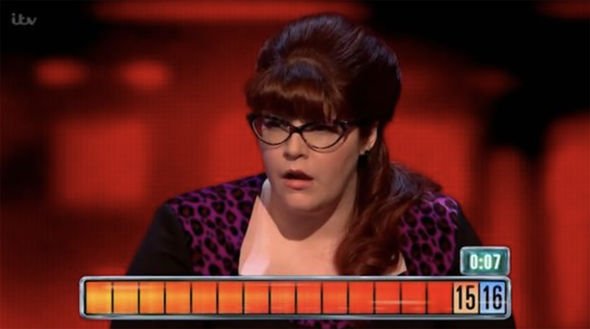 But it was all a misunderstanding, as the player quickly assured the team his remark was aimed at himself, on the premise he had a baby face due to his own “chubby cheeks”.

Last night, one of The Chase’s highly-anticipated celebrity specials graced out screens once more, as they competed to beat the chaser to win as much money as possible for charity.

As usual, Bradley was on hand to guide the players through the show but he was lost for words by Springwatch star Kate Humble, after she walked off the set. 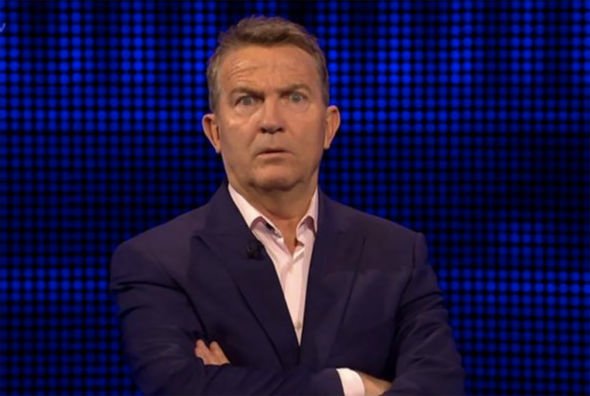 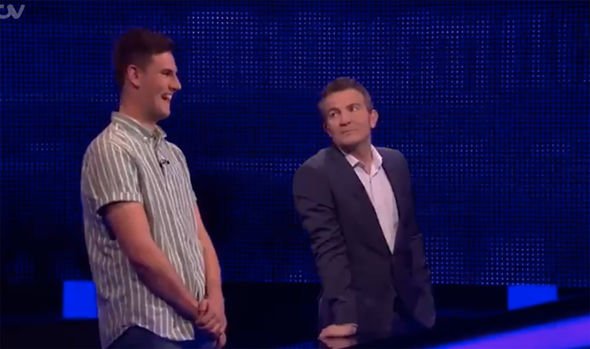 When Kate took the stand, she managed to bag an impressive £6,000 in the cash-builder before coming face to face with the chaser.

She decided to stick with the offer and play for what she had earned and managed to make it home easily.

Bradley asked her: “In the theory of early evolution, what name is given to the mixture of organic molecules from which life developed?”

And there was no doubt that Kate knew the answer, as she quickly pressed her button.

Bradley informed viewers that she chose option A, primordial soup.

Kate nodded, adding: “It’s got to be,” echoing the host’s remark before he revealed she had got the answer correct.

But before the host had chance to debrief, the nature presenter had proceeded to walk back to her panel of teammates.

Bradley was left speechless and soon gestured her towards the podium and the rest of her team burst into laughter after realising Kate’s error.

A red-faced Kate made her way her way back and Mark couldn’t resist a dig at his co-star, telling Bradley: “She must disrespect you so much, Mr Walsh.”

Explained her error, she exclaimed: “It’s the relief!”

Brad added: “I think it’s the ‘thank goodness it’s over!”

The Chase airs weekdays from 5pm on ITV.

Married At First Sight Australia's Jessika Power vows to strip naked on Instagram, saying 'if you've got it, flaunt it'