BBC viewers tuned in for the final of the second ever series of The Greatest Dancer tonight as Todrick Hall, Oti Mabuse, Cheryl and Matthew Morrison, each had one act competing to win the title. Oti was triumphant yet again as fans believe the pair could end up joining her on Strictly Come Dancing for good.

The final three tonight consisted of Harrison, Lily and Joseph and Michael and Jowita, after Todrick’s act Dancepoint came in fourth place.

As the nail-biting final continued, fans were able to vote for who they believed to be The Greatest Dancer, and Michael and Jowita were crowned winners tonight.

The pair, who dance Latin and Ballroom, stole the show this evening despite the close competition as host Jordan Banjo addressed their dreams of performing on Strictly.

After their win, he said: “You’ve done it guys congratulations guys, you’ve done it. Think about it, you’ve won £50,000. 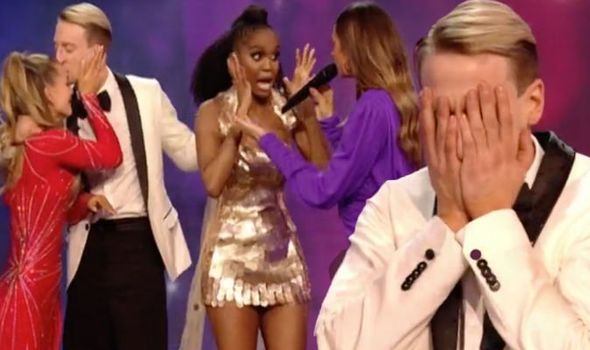 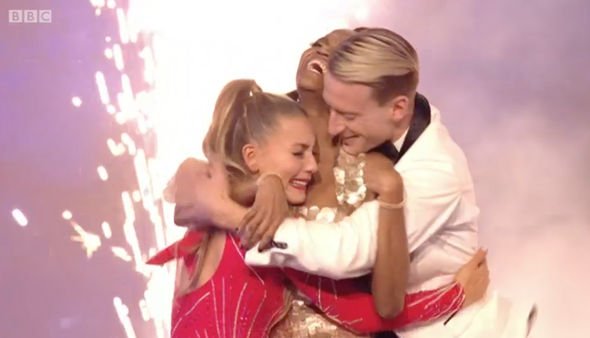 “You’re going to be performing on Strictly, that’s your dream! How does that feel?” he asked.

A tearful Jowita replied: “I don’t know what to say! I would love to thank you, all of you guys for voting.

“Thank you for Oti so much for giving us this opportunity . Thank you Michael for lifting me everyday, for 12 hours,” she added.

The cameras turned to an emotional Oti, who gushed: I’m so proud of these two. That £50,000 is going to pay for a lot of stuff they’ve given up for the show. 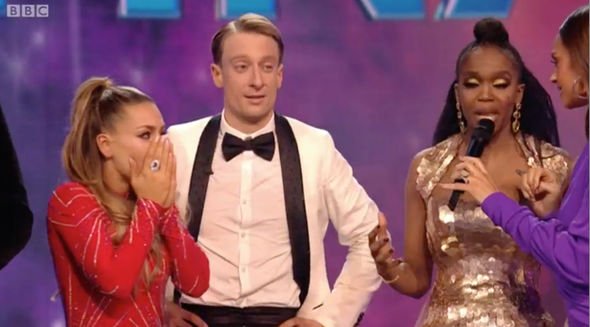 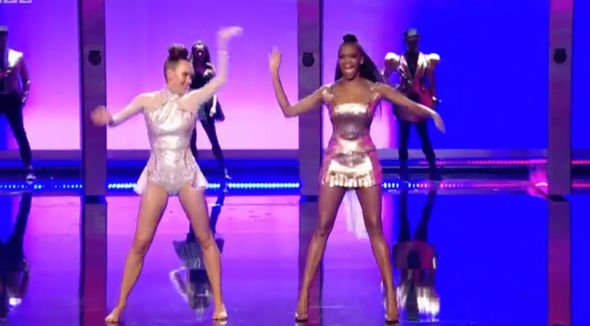 “I’m so proud of you, it could not have gone to two better people. Congratulations to Lily and Joseph and Harrison as well,” she told host Alesha Dixon.

Fans were delighted to see the pair win this evening after their spectacular routines caught the hearts of those watching at home.

The pair will get to appear on the hit BBC show as part of their prize, but some eager fans think the pair could end up signing up to be professional dancers on the show.

One said: “I am SO proud of these two, the most deserving winners! Their talent is something else, if they aren’t the next Strictly professionals then the BBC has missed a trick #greatestdancer.”

Another asked: “Can we just skip to the bit where they are made Strictly professionals? Okay thanks. #strictly #greatestdancer @bbcstrictly @GreatDancerTV.”

“Even if they don’t win, Michael and Jowita NEED a job on strictly they are truly outstanding #GreatestDancer,” said a fifth.

Ellie Fergusson won the competition last year with Oti, and later had the chance to feature on last year’s series of Strictly.

Michael and Jowita had earlier danced with the Strictly star in a daring duet as they wowed the panel with their breathtaking lifts.

Prior to the routine, Oti admitted: “This is the hardest routine I‘ve even danced ever, and it’s very scary.”

Judge Cheryl had sung her praises to the trio, saying: “Talk about a match made in actual heaven, you three are everything. You’ve been consistent in the whole competition.

“You’ve been guided by our beautiful friend Oti, I wish you luck for tonight’s final,” she added, before their eventual win.

'Little House on the Prairie': Melissa Gilbert Was Unaware Michael Landon Drank 'Vodka From His Coffee Mug' on Set