Home » TV and Movies » The Hobbit: Martin Freeman nearly LOST Lord of the Rings prequel because of Sherlock

The first of The Hobbit movies, An Unexpected Journey, was released in 2012, two years after Martin Freeman first appeared on the small screen as John Watson in the BBC’s modern retelling of Sherlock Holmes. Reflected on his career in an in-depth interview with Vanity Fair, the actor revealed how had almost lost out on the lead in The Hobbit because of his prior commitments to Sherlock.

“I remember going – with half of Britain – on tape for [the audition for Bilbo Baggins],” he said. “And when I arrived in the casting room there was a note from Guillermo del Toro, who at the time was slated to direct.

“The note was very nice, it said, ‘Look, Martin, we want this to be you. So, do your stuff but just so you know, we think this is going to be you,’” the Sherlock star said. “That relaxed me a lot.”

But there was a spanner in the works when it came to signing up for The Hobbit.

“We were filming the first series of Sherlock so I sort of had that on my mind,” he remembered.

READ MORE: GUESS WHICH LORD OF THE RINGS IS NOT A FANTASY FAN 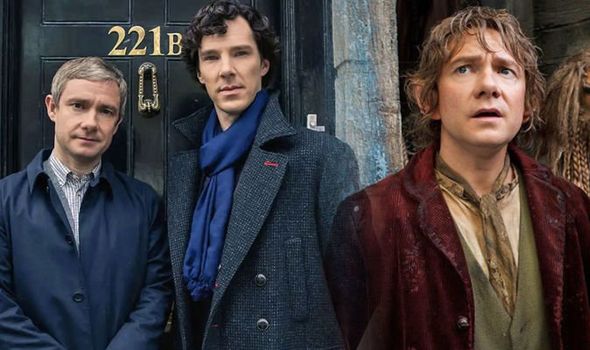 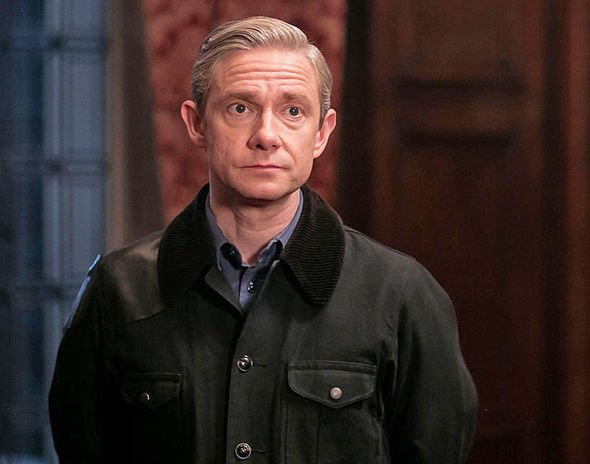 “As it went on, because I had to do series two of Sherlock, I couldn’t do Bilbo.

“The BBC weren’t playing ball,” he continued, adding that no one from Sherlock or the BBC was “interested” in trying to make the schedules fit around each other.

Freeman said he had a conversation with his agent at one point where he marvelled: “I’m going to have to let this go, aren’t I?

“He said, ‘I’m really sorry, I think you are. We are contracted to do Sherlock,’” the actor revealed. 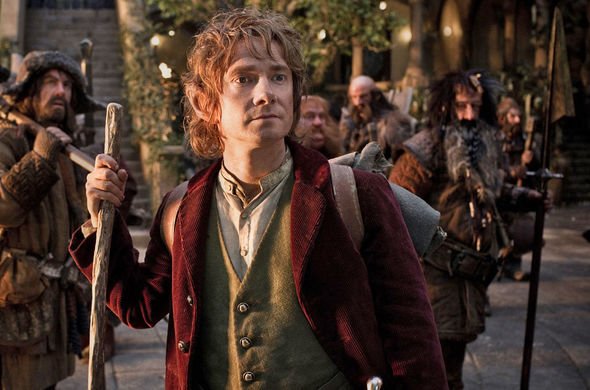 A little later, however, something fortuitous happened.

“I got a call from Michael [his agent] saying, ‘There’s been a change of plan. Peter Jackson has rearranged the schedule of The Hobbit around you so you can start The Hobbit, then go off an do Sherlock, and then finish The Hobbit,’” Freeman told the publication.

“That was quite a phone call. That was an amazing, amazing thing to hear because talk about a vote of confidence,” he continued.

“He could have had a lot of people doing Bilbo Baggins and the fact he had that much faith in me was astonishing, really,” the actor said, incredulous at The Hobbit and Lord of the Rings director Jackson’s ability and determination to move the film’s “titanic” schedule around to fit his.

The connection between GoT and new Lord of The Rings [ANALYSIS]

“I felt like an extremely lucky person and I’ll always love Peter for that.”

Freeman also opened up on his career-defining role in the immensely successful Sherlock alongside Benedict Cumberbatch.

“I knew as soon as I started reading it that this was unlike anything that I was seeing on television at the time,” he admitted.

“I went up for it twice. I subsequently learned I’d been a bit of an idiot.”

Freeman said he gets grumpy easily and that the first time he auditioned for the role of Watson he accidentally let that day’s mood show through.

He was later told by his agent that the Sherlock bosses “didn’t really feel [he was] that into it”, with his agent informing him: “They felt you hadn’t really turned up.”

Luckily, the casting directors let him go back and audition again, this time reading a scene with Cumberbatch.

Recalling the clear chemistry between them, he said: “You could feel it. The material elevated.”

'Love Is Blind,' 'The Circle' Renewed for 2 More Seasons Each at Netflix