THE Masked Dancer has revealed Olympian Eddie the Eagle is Rubber Chicken.

Tonight's edition of The Masked Singer spin-off saw Squirrel, Rubber Chicken, Beagle, Frog and Car Wash take to the floor to perform for a second time. 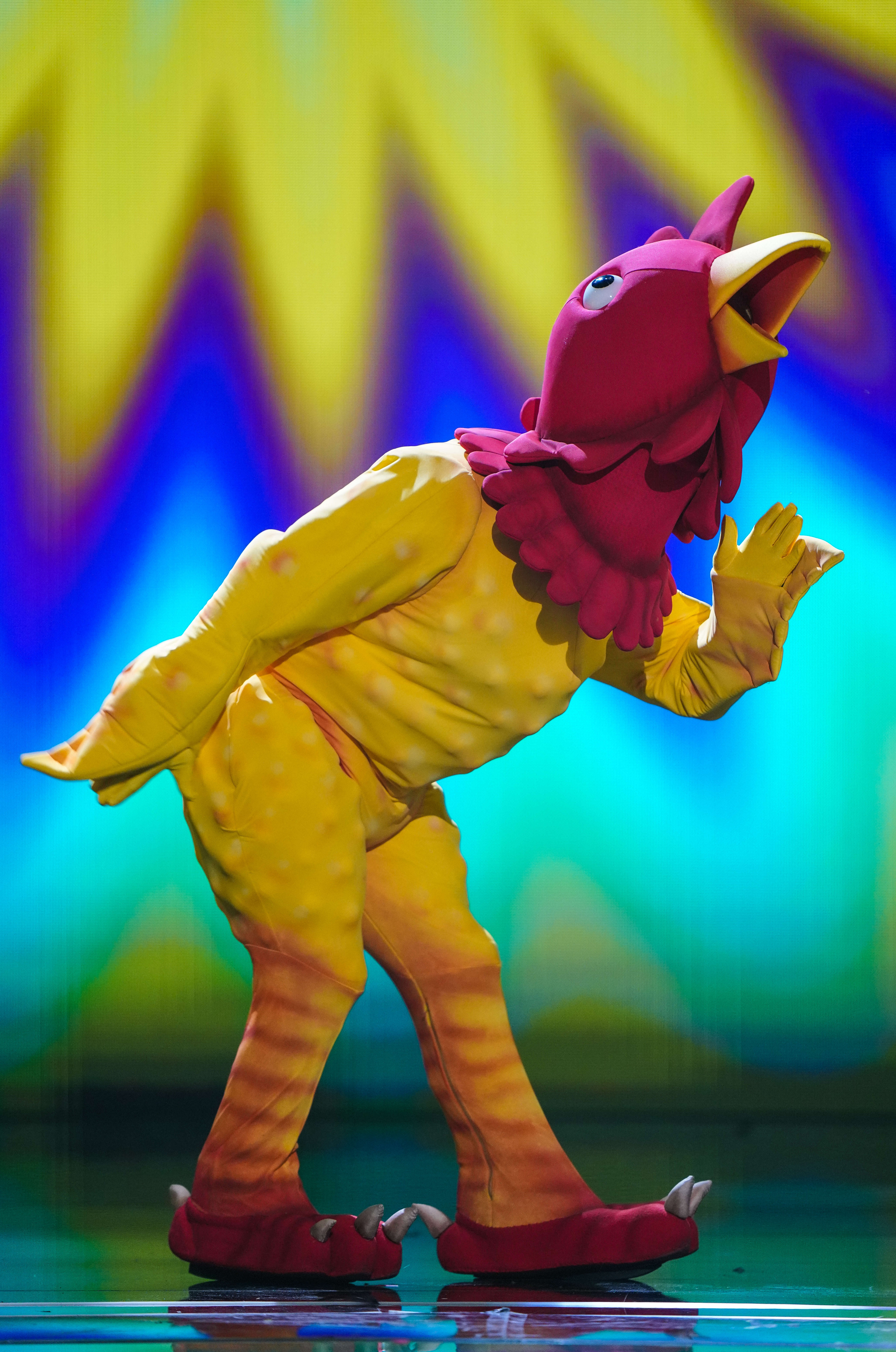 After they had all performed, the virtual audience chose to put Beagle, Car Wash and Squirrel through to the next round.

It meant Rubber Chicken and Frog had to perform again for the panel, who then decided to save Frog.

As the chants of 'Take it off' rang out, Rubber Chicken removed their mask to reveal Olympic ski-jumper Eddie the Eagle.

Eddie, 57, became the first competitor since 1928 to represent Great Britain in Olympic ski jumping at the Winter Olympics in 1988. 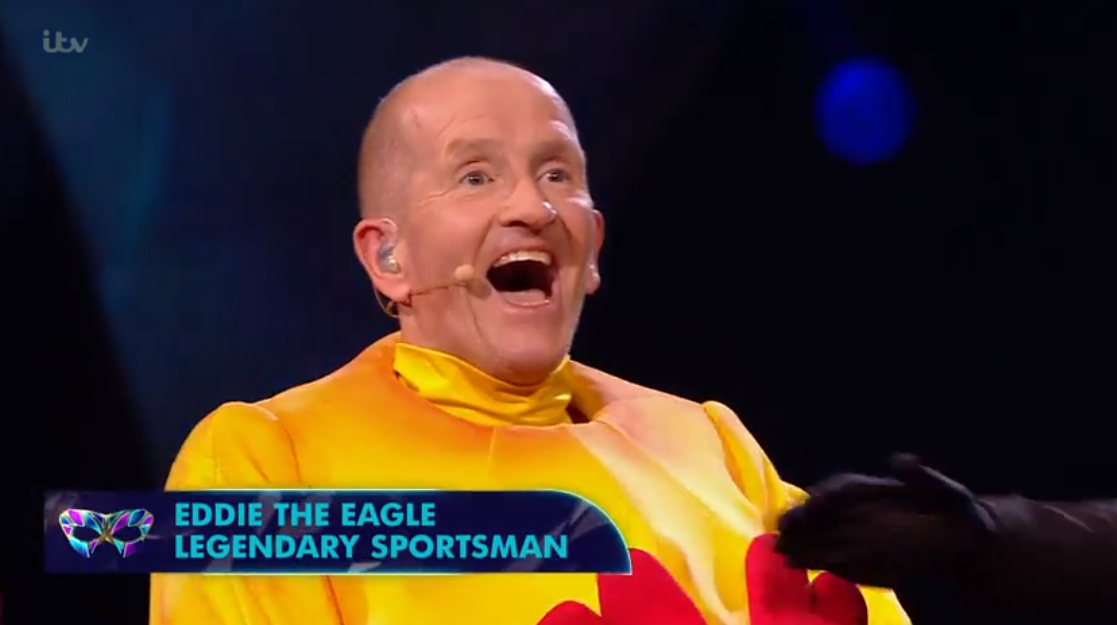 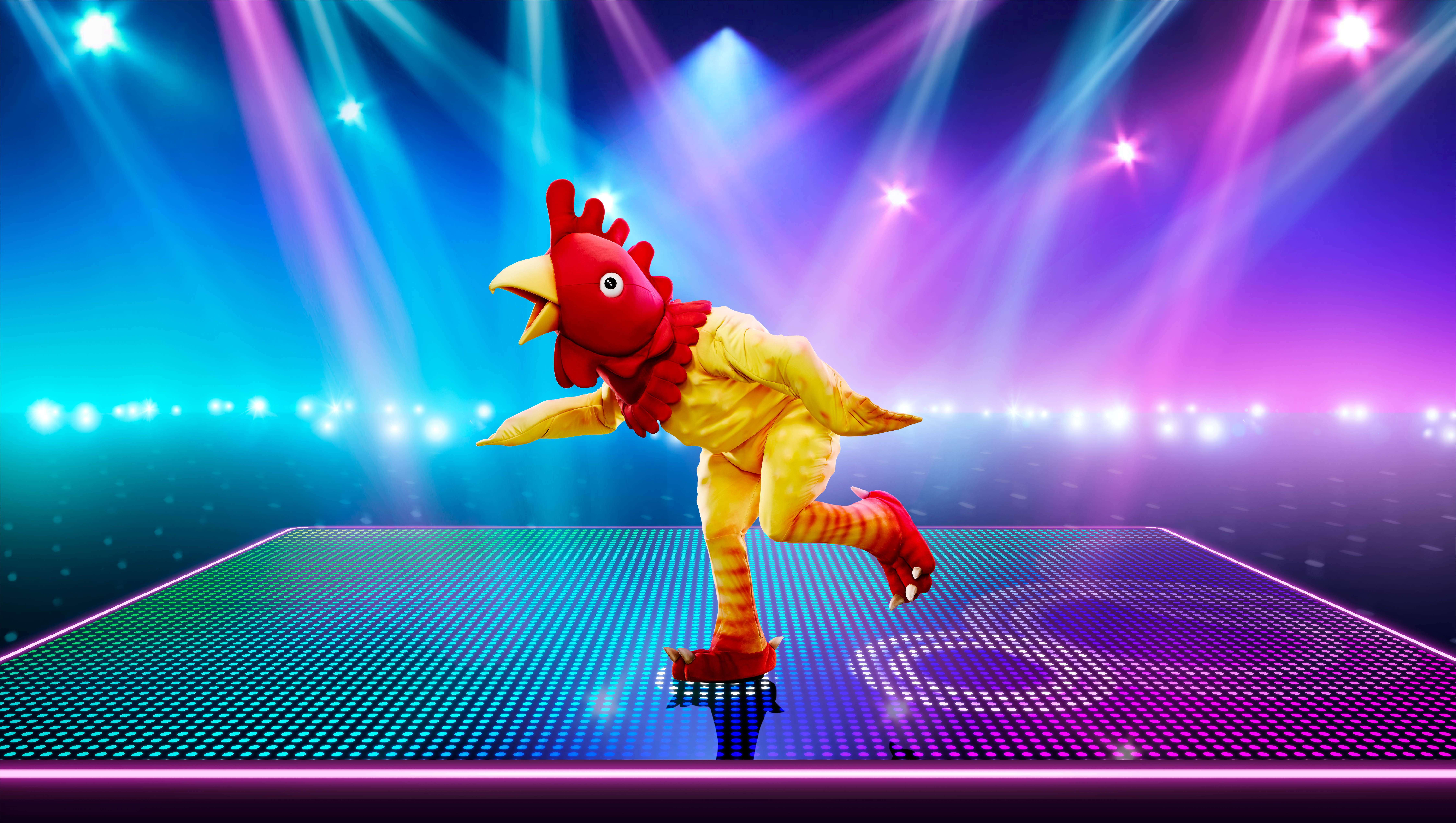 He famously finished last in the 70m and 90m events, and his story was turned into a film in 2016 starring Taron Egerton and Hugh Jackman.

Jonathan Ross joked it "was a shame" that the film had already been made about his life as him as Rubber Chicken would have made a great ending.

When asked by Oti Mabuse if he had had dance lessons, Eddie revealed he danced Jive in his spare time.

Host Joel Dommett asked if he'd enjoyed being part of the show and Eddie replied: "It has been the most amazing time, I loved it, I could just play, I had so much fun." 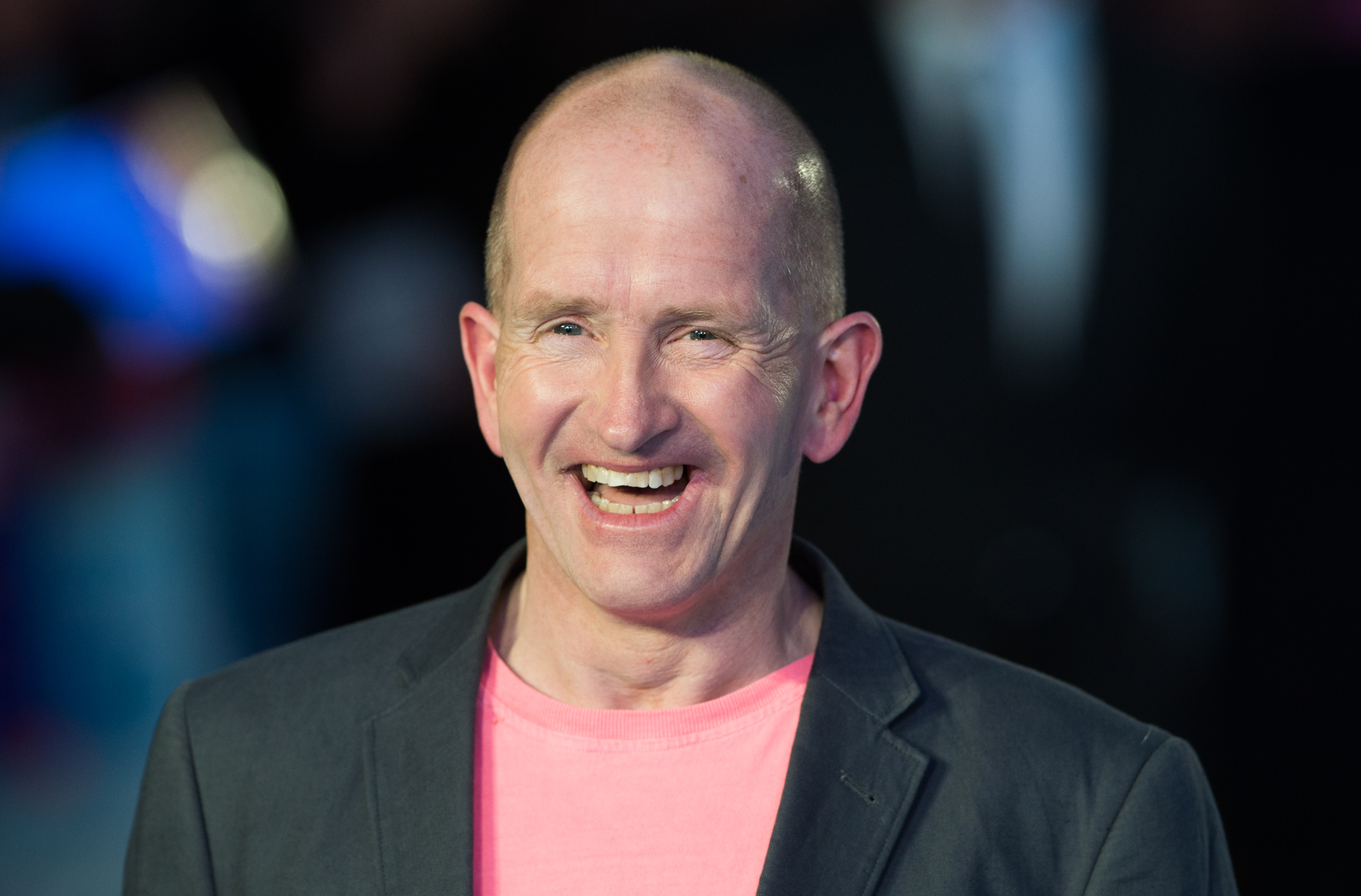 Eddie's reveal comes after Jordan Banjo was the first celebrity to be revealed on Saturday as Viper.

He was followed by Flamingo, who turned out to be Louise Redknapp, on Sunday and then Dita Von Teese as Beetroot on Monday's show.

The Masked Dancer continues on Wednesday, June 2 at 7.30pm on ITV.