Home » TV and Movies » 'The Masked Singer': Why Fans Think the Popcorn Is the Queen of Rock & Roll

Season 4 of Fox’s singing competition  The Masked Singer premiered on Sept. 24, and it featured a powerhouse contestant that viewers think they recognize. The Popcorn may look dainty and sweet, but her voice has fans convinced she’s the legendary Queen of Rock & Roll. 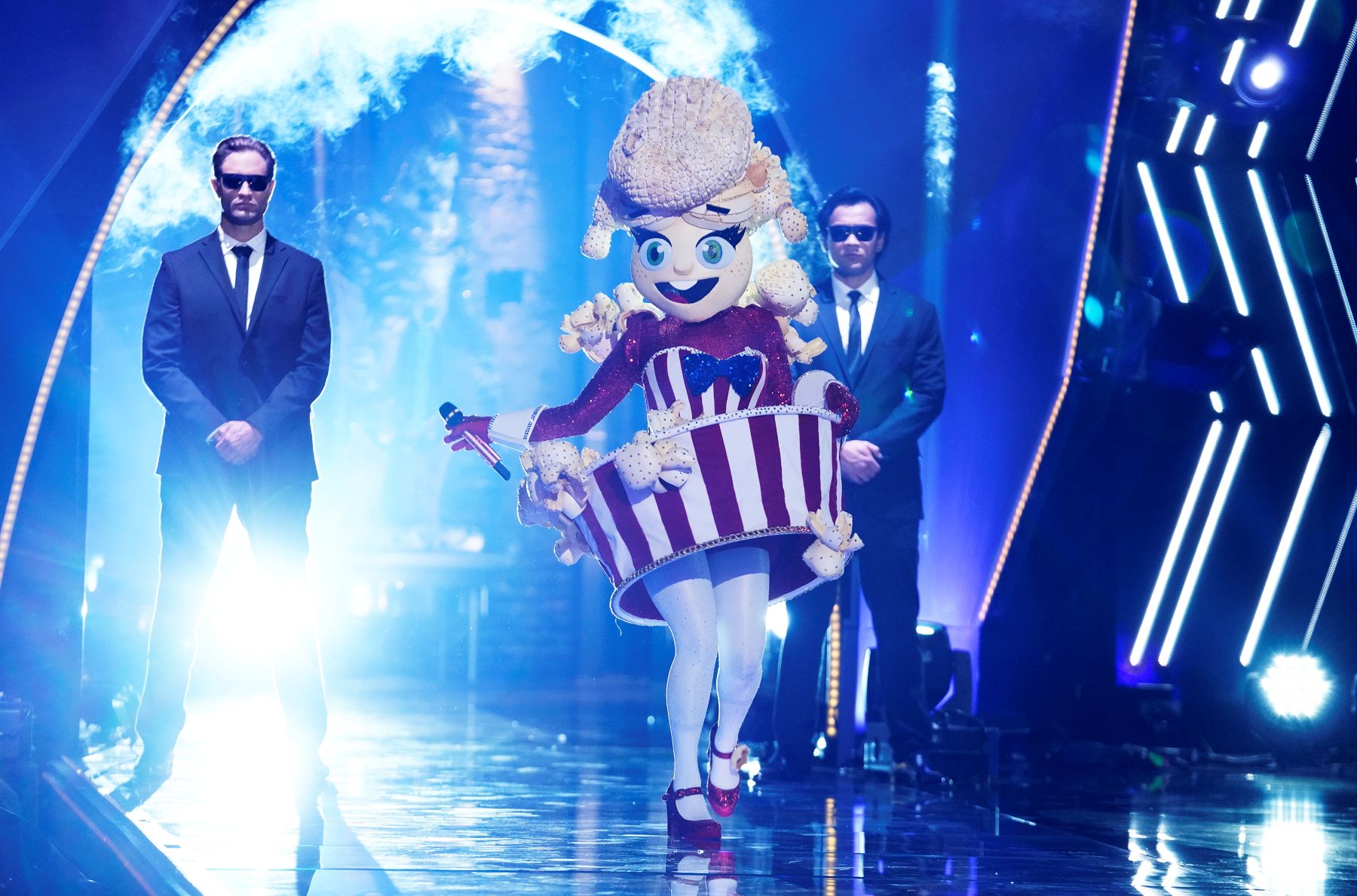 The Popcorn’s clues so far

When it comes to The Masked Singer, every detail counts. From the contestants’ over-the-top costumes to their coded clue packages and song choices, viewers need to pay attention to every single detail to figure out who’s under each mask.

So far, the Popcorn has only mentioned a few things that could help reveal her identity. In the clue package, she first reveals she’s from New York City. And throughout, the phrase, “Snack in the City” is shows.

“Straight up, I built a career around love,” she says in thick New York accent. “Eventually I went from a little pop cutting pictures out of Vogue to jet-setting to exotic places with royalty. So while you may think I’m a little cheesy, I worked hard for what I got.”

The package included images of a bitten apple, snake, and meatloaf. There is also a fish wearing gold hoop earrings, and a tiger laying on her bed.  And the Popscorn is later seen standing in front of a merry-go-round with “Proud Mary” written above.

For her first performance, the Popcorn sang Pink’s “What About Us.” The judges were floored by her powerhouse vocals, and they could all tell she was a seasoned singer.

Who could the Popcorn be?

After seeing the Popcorn’s performance and clue package, The Masked Singer judges made their guesses. Noting the tiger and the reference to royalty, Ken Jeong wondered if she was Tiger King star Carol Baskin.

Because of her velvety voice and “Proud Mary” nod, Jenny McCarthy  guessed she was Tina Turner. Nicole Scherzinger said she saw the hoops and though it could be Mary J. Blige.

Some ‘The Masked Singer’ fans think the Popcorn is the Queen of Rock & Roll, Tina Turner

The Masked Singer has surprised fans with Grammy-winning legends like Patti LaBelle, Chaka Khan, and Gladys Knight. So, after hearing her voice and deciphering her clues, some fans think the Popcorn is none other than the Queen of Rock & Roll herself, Tina Turner.

“Tina Turner – she is the Queen of Rock n roll,” one Reddit fan wrote.  Her ex, Ike was in a group King’s of Rhythm. Some of her big hits where ‘What’s Love Got To Do With It’ and ‘Proud Mary’. A remastered album just came out of her and Ike songs called the King and the Tiger. And she did something with ‘Eye of the Tiger.’ Maybe recorded it at some point.”

We'll ??? you out — who's your #PopcornMask guess? ? More clues are headed your way in a new season of #TheMaskedSinger, premiering tomorrow at 8/7c!

“Tina Turner for sure!” another Redditor suggested. “The ‘Merry Go Round’ Clue was called ‘Proud Merry Go Round’…which is a nod to her song ‘Proud Mary.’ It also sounded like her.”

No matter who the Popcorn is, with a voice like hers, it’s safe to assume she won’t be unmasked for a while. Fans will just have to wait for more clues to see if she really is Turner or someone else. New episodes of The Masked Singer air Wednesdays at 8 p.m. ET on FOX.