“Why is one claim enough for Brett Kavanaugh or Al Franken, but it’s not good enough for Cuomo?” McCain asks 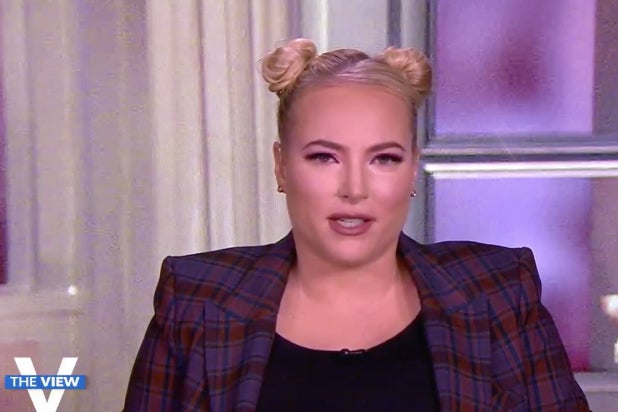 Following New York Gov. Andrew Cuomo’s apology over alleged sexual misconduct, the co-hosts of “The View” spoke out on Thursday’s show, blasting the politician for his actions and refusal to resign.

“I’m so over Cuomo,” Meghan McCain complained. “I think he’s a pig and a pervert … I think put a fork in him on all levels.”

“He looks like he’s in a hostage video,” McCain continued. “And also, if an old man — a 60-something-old man — is asking a 25-year-old woman, ‘Would you have sex with an older man?’ What do you think she thinks she’s asking you to do? Talk philosophy?”

McCain went on to reference Sen. Kirsten Gillibrand’s quote of “one sexual assault claim is enough,” asking “Why is one claim enough for Brett Kavanaugh or Al Franken, but it’s not good enough for Cuomo? You’re real silent, real silent, senator … the hypocrisy can last all day.”

Joy Behar called out Cuomo for “the utter stupidity of making a comment like ‘do you want to play strip poker’ after the Me Too movement, when he should have known better,” while Sara Haines expressed disappointment over the way Cuomo handled his apology.

“He’s a 63-year-old man that’s been in politics for over 40 years,” Haines said. “He has three daughters. So even the scenario of, ‘Would I want someone to talk to my daughter this way at work?’ … You only have to watch one HR video to know you’re the creepy guy when you say certain things. He also said, ‘My intention was never to hurt anyone.’ No, your intention was that it would be reciprocal, which is highly inappropriate. So his language was deliberately evasive and not accountable. He needed to own this and take responsibility.”

Whoopi Goldberg, for her part, also referenced #MeToo and the notable difference between women and men deciding to speak out.

“Are we going to say, when these things happen, are we going to let the ethics committee decide? Or are we just gonna pitchfork everybody?” she asked pointedly.

Watch the video below.

Wynonna Earp Boss Hopes Syfy Finale Made You Feel 'All the Things' — Plus, Scoop on One Happy Wedding Accident