Chris, 45, Freddie Flintoff, 42, and Paddy McGuinness, 46, return for Top Gear tonight as the trio venture to Nepal for a one-off special of the BBC motor show. During the episode, which is a repeat, the presenters found themselves in many a situation with their cars to tackle challenges both on and off the road. However, it was one perilous journey up some rocky terrain which left the host fearing for his life for the first time since he took on the role a few years ago.

During their trip to Asia, the trio were trying to get to the hidden Tibetan Kingdom of Lo Manthang, but tot get there posed a challenge.

Whereas Paddy decided to venture the ever-changing terrain in a Peugeot 106, Freddie opted for a 4×4 in the form of a Hulas.

However, Chris’ choice of transport was a rickety Renault and it proved his vehicle wasn’t going to cope climbing up the mountains.

Needing assistance from his co-stars and their cars, the presenter was seen squirming as the death-defying ordeal played out. 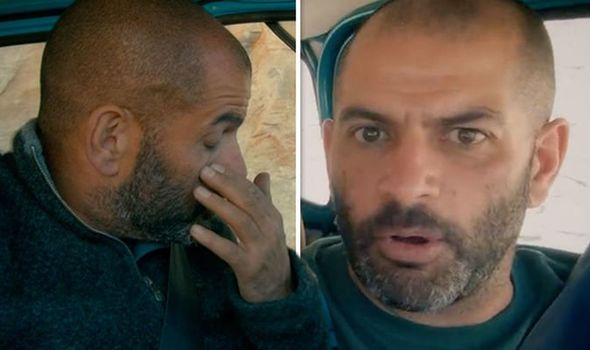 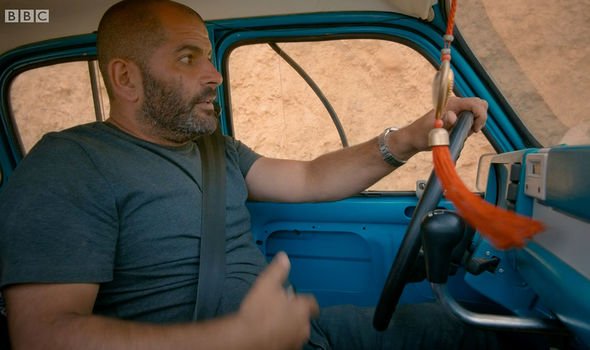 Ahead of their trek up the rocky terrain, Chris said: “Every inch of our ascent to Lo Manthang would now be a battle against power-sapping altitude, relentless inclines and whatever the road ahead would become.

“This might have been the home stretch, but it was going to be the hardest,” he explained and the scenes which followed lived up to his remarks.

Even Freddie and Paddy were sceptical their co-host would complete the venture unaided, given the condition of his vehicle.

When the Renault struggled to complete the incline, the former cricketer was forced to go back and tie his co-star’s car to the back of his Hulas. 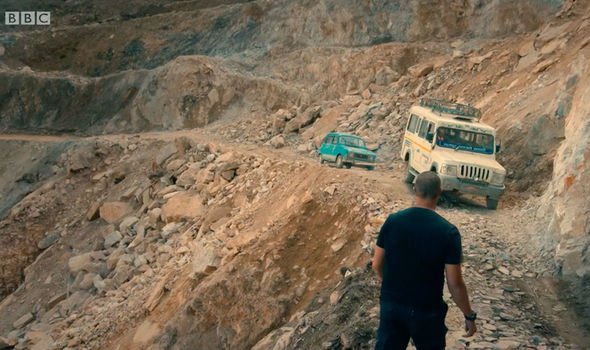 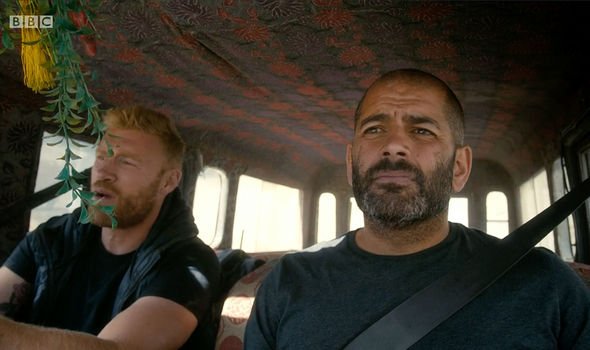 As Paddy stormed ahead with the rest of the journey up the mountain, Freddie with Chris in the car behind, continued to follow with trepidation.

With the roads narrowing and the rocks becoming bigger, the Renault driver could be seen feeling uneasy as he said: “I’m really not enjoying this now.”

The presenter manning the Hulas reassured his co-star, as he remarked: “Chris, you’re putting your life in our two hands.

“You could not be in a safer place, son,” but the later scenes showed the words of encouragement were fruitless as the host feared for his life.

I quite want this to end now

“A bit of me doesn’t like getting towed because it feels like failure. But this isn’t a race, so therefore, I can allow them to help me,” he said.

Storming ahead, even Paddy was nervous as he told his fellow presenters via a walkie talkie: “Seriously, boys, this is…this is frightening up here.

“I mean, literally, there was just enough room to get the car through,” he continued and as Freddie and Chris drove across the uncertain terrain, the latter made a desperate plea.

“I quite want this to end now,” he declared and although worried they wouldn’t make it, Freddie battled the elements with success.

“That was unpleasant,” Chris continued as the Hulas and Renault made it through in one piece.

Taking a break from their death-defying ordeal, the host commented: “For the first time in my working life having done lots of silly things in cars, I just want to send my kids a message, cos I’m quite scared.”

By the end of their trek, the presenter’s car wasn’t living up to his great expectations and ended up being a write off as a result.

Who is Sophia Perez from Temptation Island?