Jenna, 34, and Tom, 35, fell in love on set while playing Queen Victoria and Prince Albert in the ITV costume drama. 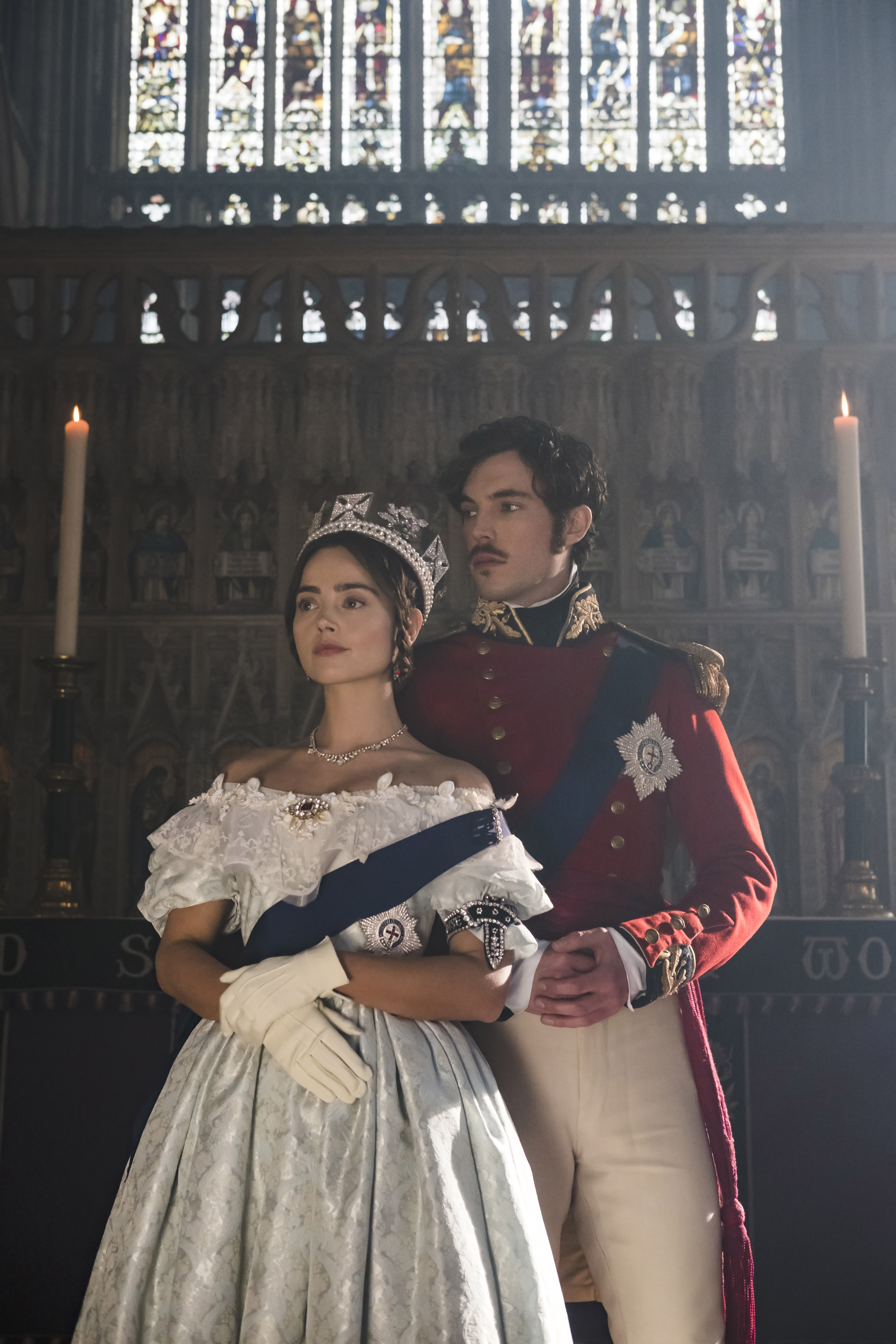 The couple were seen in deep conversation outside her new house five miles away on Friday after Tom, 35, helped her shift her belongings, before driving off alone.

Former Doctor Who star Jenna was later spotted having a coffee at a nearby cafe, with an onlooker saying: “She seemed pretty subdued.

"She’s usually very smiley, but she and Tom looked really flat when they were talking — it was clearly not an easy conversation.”

Tonight, a source said: “They are trying to salvage a friendship but obviously these are trying times, and it’s not easy. 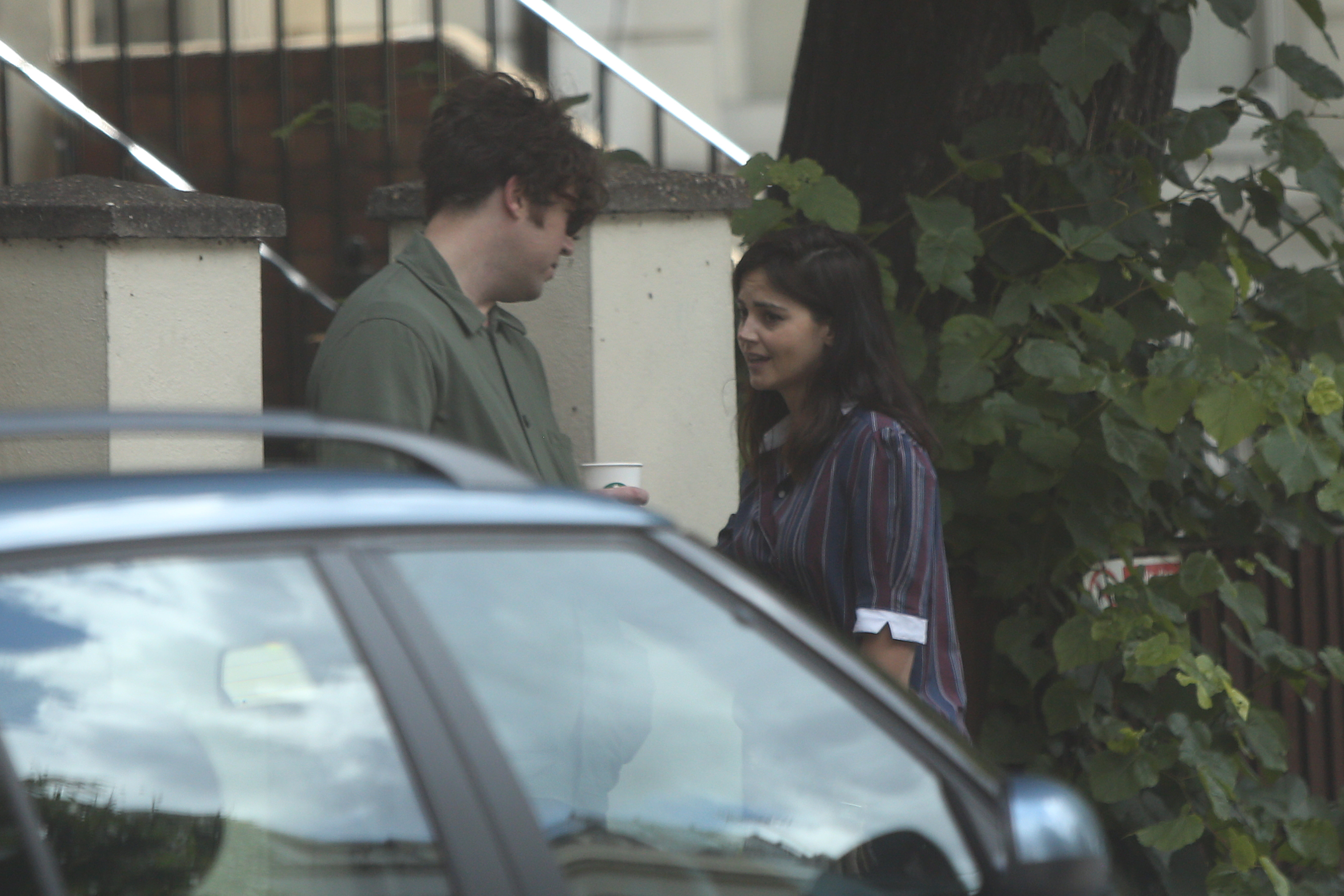 “Tom actually helped Jenna with her new place, and they’ve met up this week to talk things through and keep everything as friendly and civil as possible.

“Both Tom and Jenna are terribly sad, but the relationship ran its course. There was no third party involved.

“Jenna’s career is going from strength to strength, she’s being offered increasingly more roles abroad, especially Los Angeles, and she wants to focus on this while she’s still young.”

The pair fell in love on the set of hit ITV Sunday night costume drama Victoria — which has run for three series. 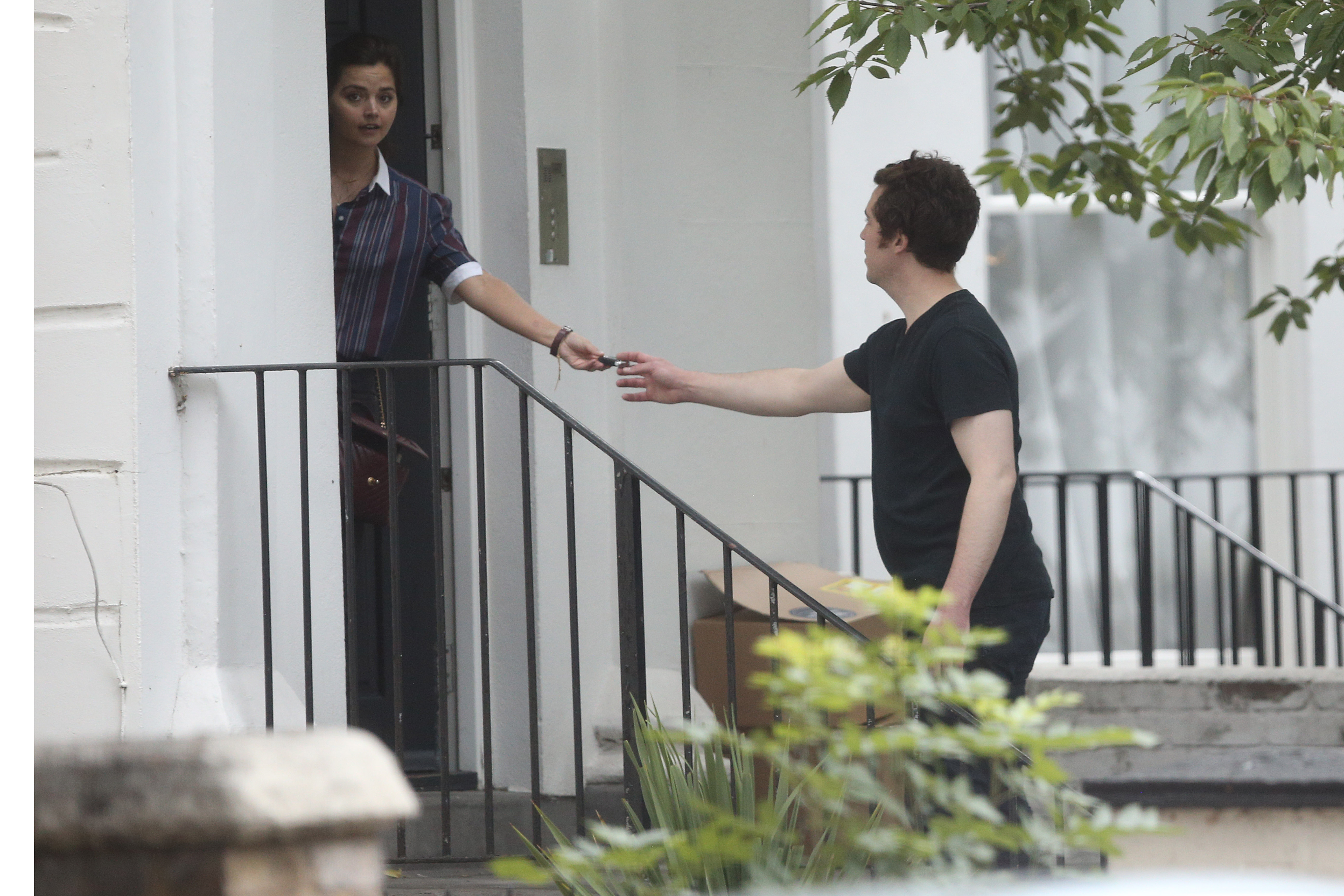 Just two months ago, the pair were ­pictured laughing in London, with Tom helping the actress to unload a new vintage-style bicycle.

Jenna first met Tom in 2013 on the set of jazz series, Dancing On The Edge.

At the time, she was dating Bodyguard hunk Richard Madden, 34, and Tom was going out with Guardians of the Galaxy actress, Ophelia Lovibond, also 34.

They worked together three years later on Victoria — the lavish 19th century drama brought in to replace Downton Abbey. 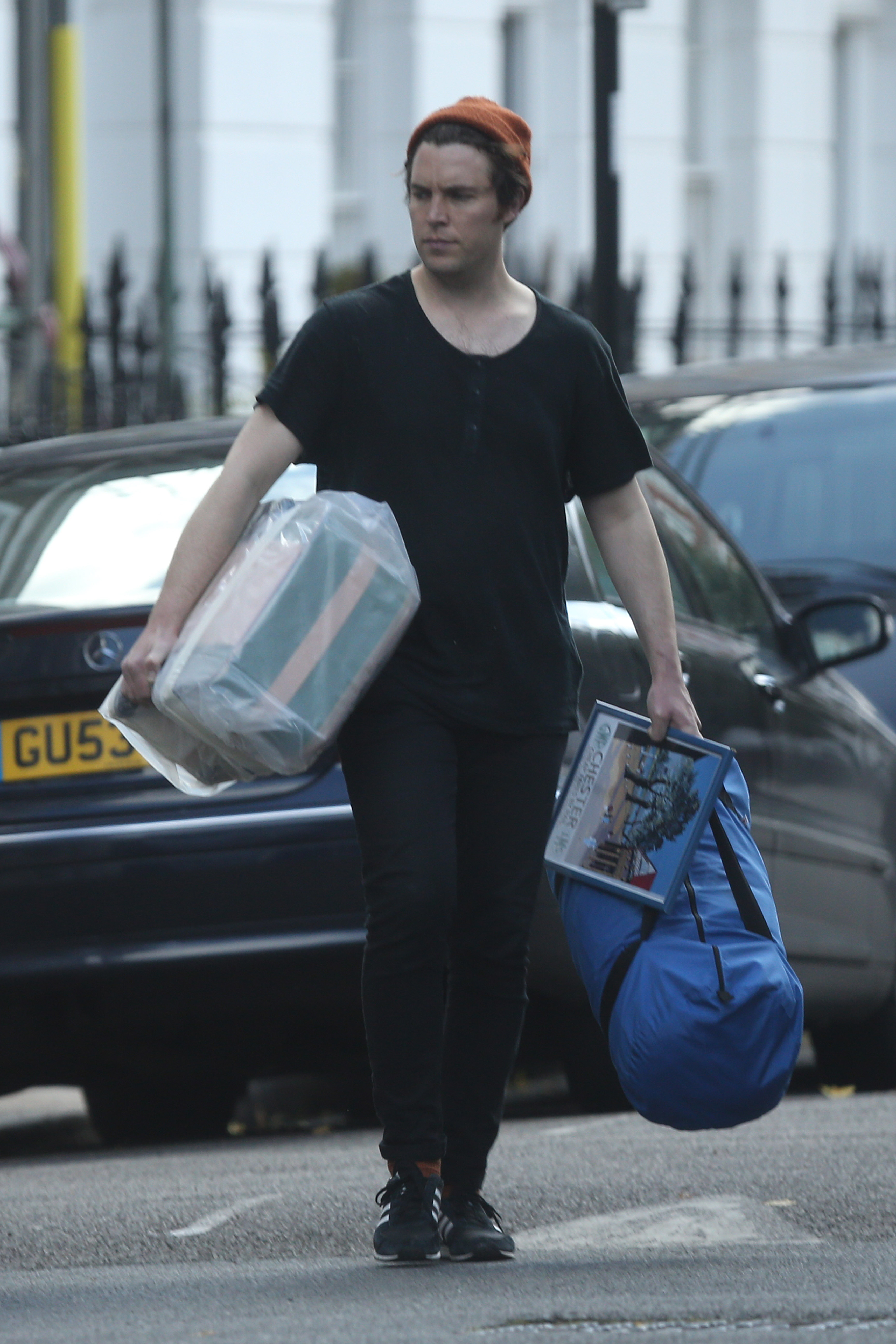 Watched by a peak of more than seven million viewers, it thrashed BBC1 offering Poldark in the ratings.

The first series saw her debut as the young monarch inheriting the throne at 18.

Tom — who appeared opposite Dame Helen Mirren in 2018 film Red Joan — made his entrance as Albert later on.

The pair’s sizzling on-screen chemistry quickly fuelled fan speculation that the pair were growing close on and off set. 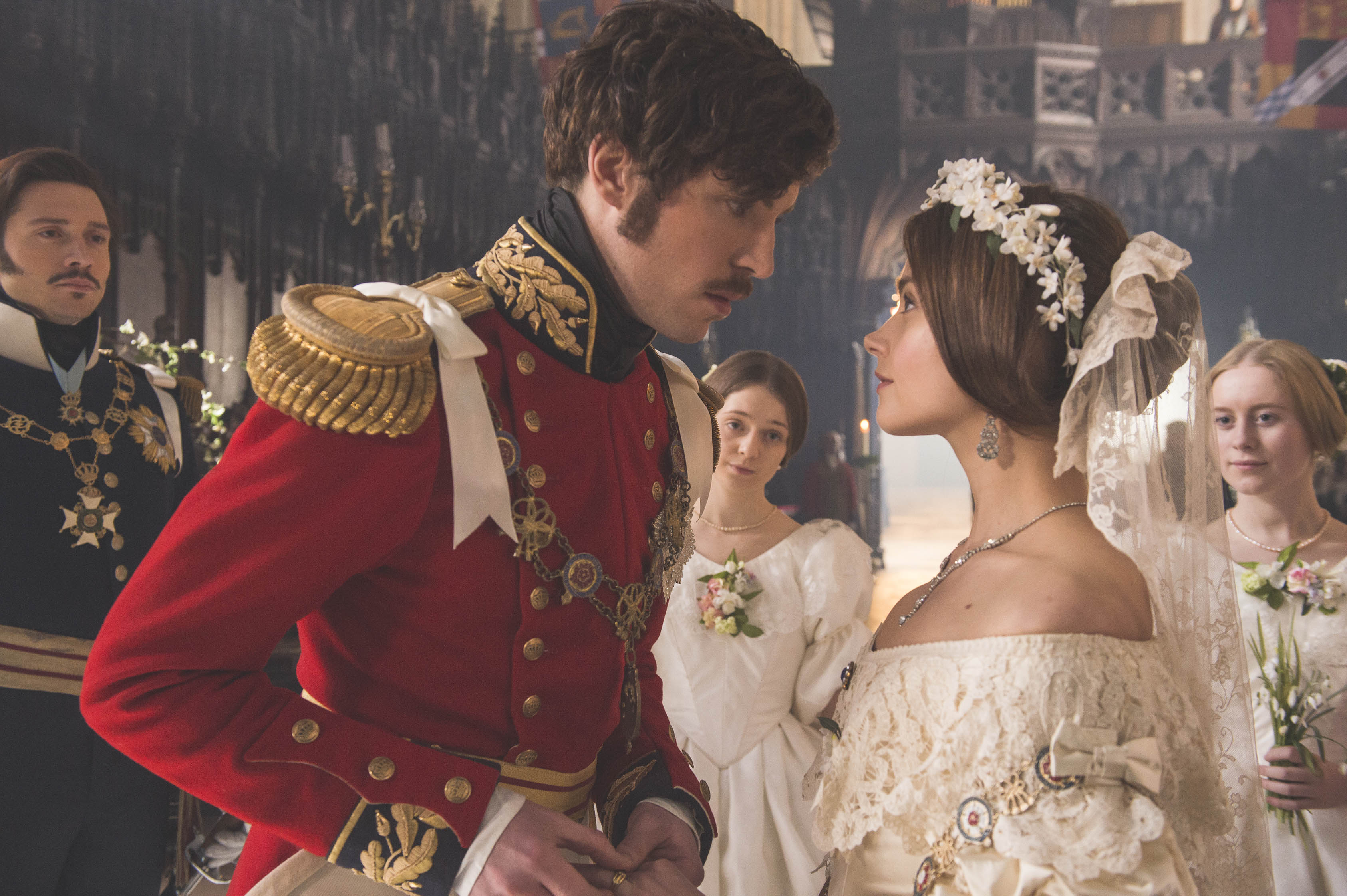 During an event, the show’s writer, Daisy Goodwin, even compared them to one of showbusiness’ most electric couples, Elizabeth Taylor and Richard Burton.

Several fan accounts were set up, ­honouring Jenna and Tom’s every move. And after their first kiss, they were trending on Twitter.

While the duo refused to publicly confirm they were an item, they began dating after their previous relationships ended.

They went public around six months later, and moved into Tom’s townhouse. 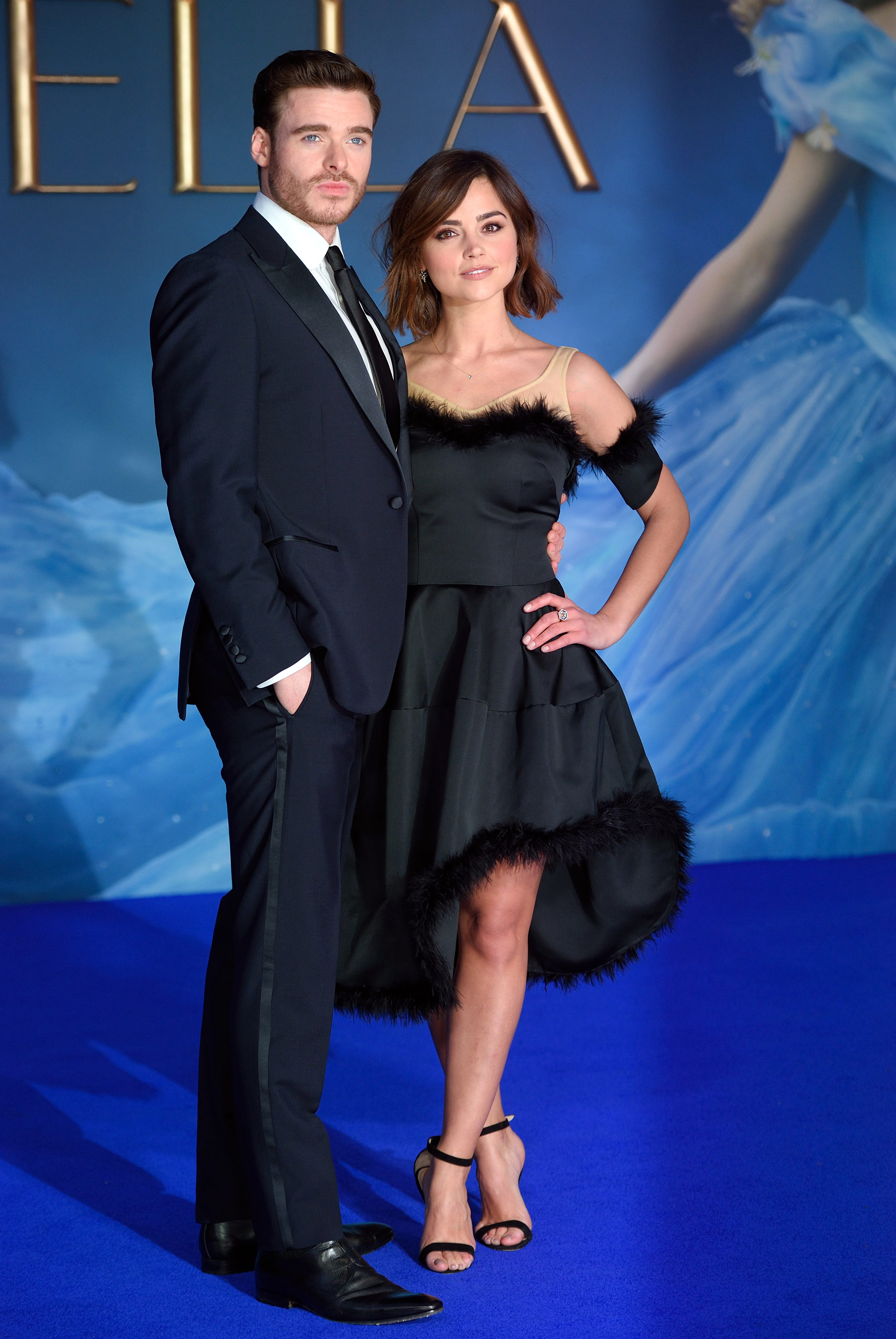 The stars have since been photographed on several romantic dates out and about in the capital.

Although Jenna, who has almost a million followers on Instagram, only posts pictures of her and Tom in costume for Victoria, other snaps have shown them apparently holidaying together in the Maldives and Thailand in the past year.

Jenna — who won a legion of new fans as monster-battling assistant Clara Oswald in Doctor Who — has also previously been romantically linked to Prince Harry.

After ending her four-year relationship with Game Of Thrones star Richard in 2015, she was spotted with Harry. 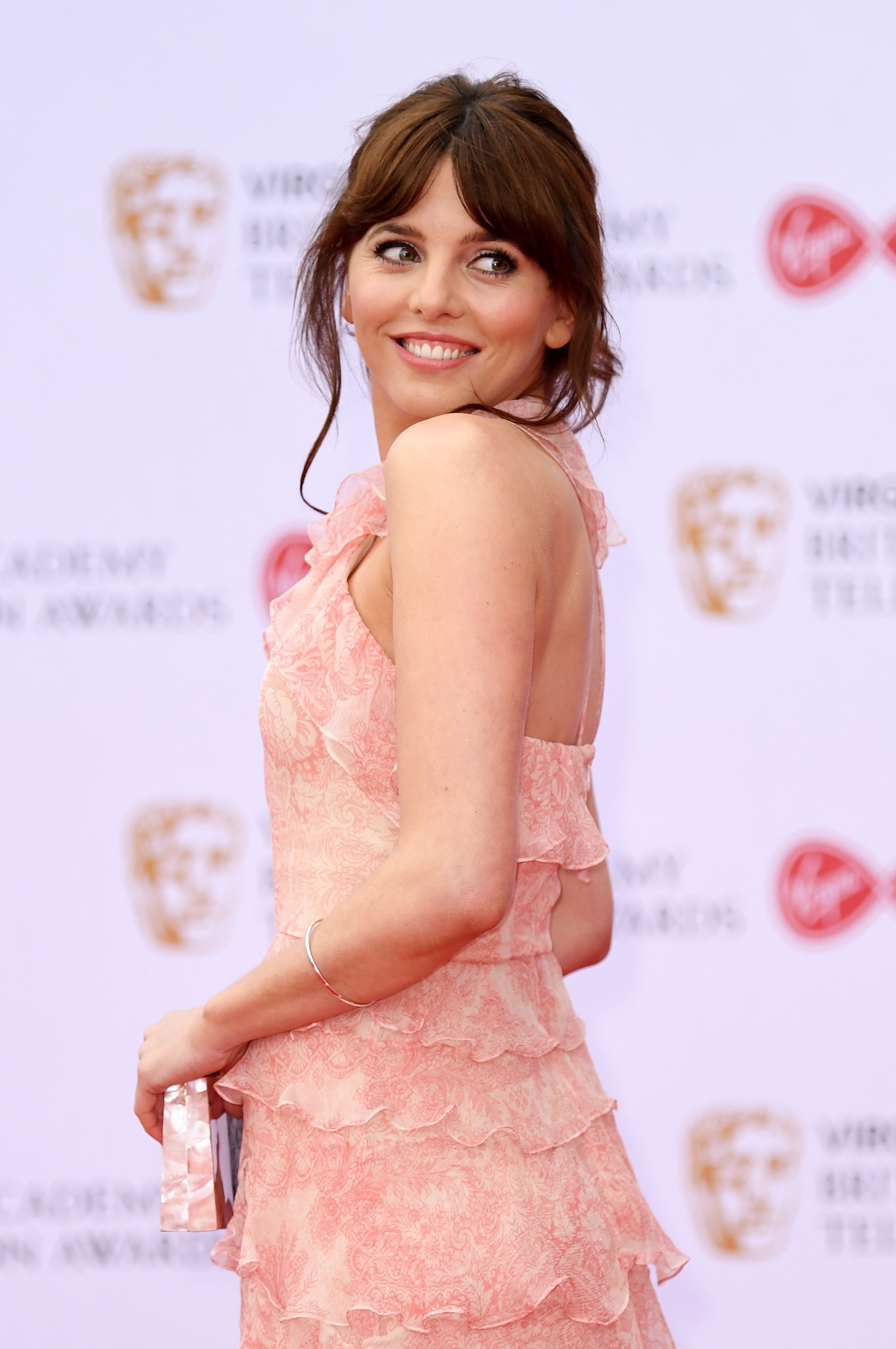 The pair met at Ascot five years ago, and were seen laughing and flirting all night before swapping numbers.

They reportedly went on two dates before Jenna began work on Victoria, and fell for Tom.

The couple were founding members of what has been dubbed the new Primrose Hill set — a fresh generation of talented young actors dominating our TV screens. 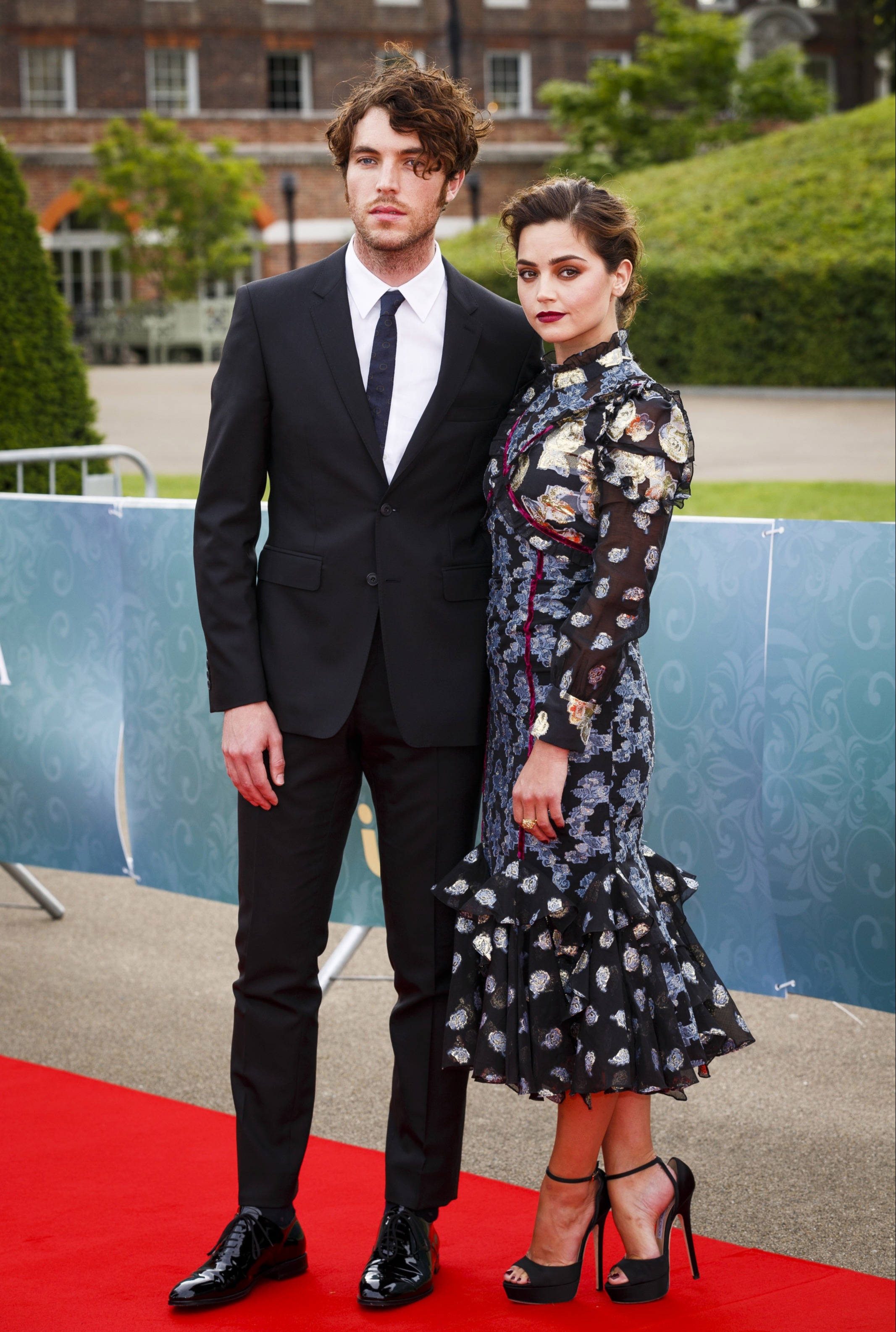 Former Emmerdale actress Jenna has been reluctant to discuss her relationship with Chester-born Tom.

Previously, when asked about starting a family, she said: “Half of my friends have babies, and half don’t, so it doesn’t feel like a pressure.

“I want to take my time. There’s a whole lot more of the world for me to see first. I’d love to have children one day.

"But not nine of them (like Queen ­Victoria). I can tell you that as a fact.” 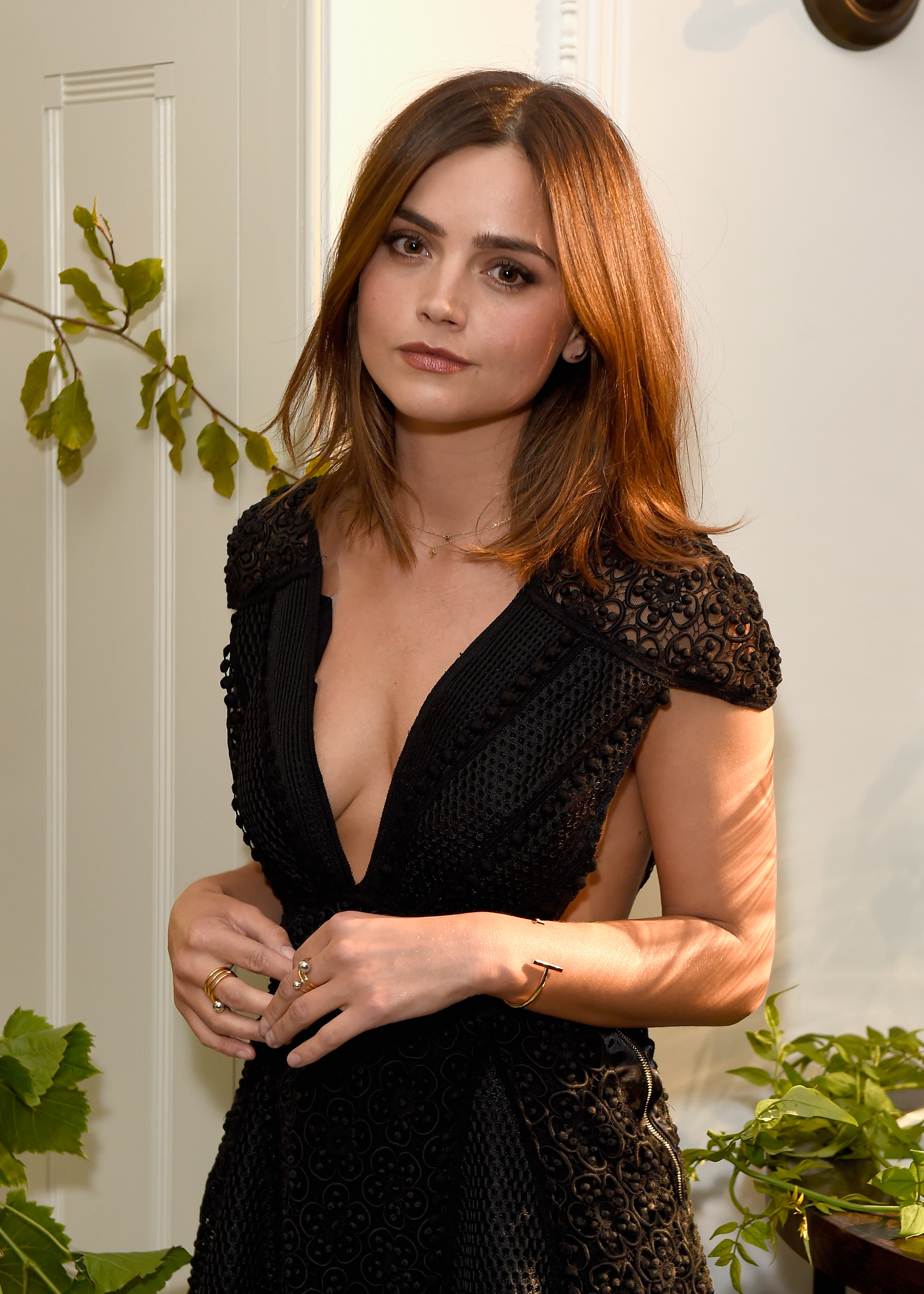 When asked about her romance with Tom, she stated: “I think it’s been very wise not to speak about it.”

Two years ago, Tom said: “Fame’s not something I put a lot of weight behind. I love what I do and have always loved what I do.

“There are many things in my world that aren’t about acting at all but I don’t want people to know too much about me because then I cannot do my job.” 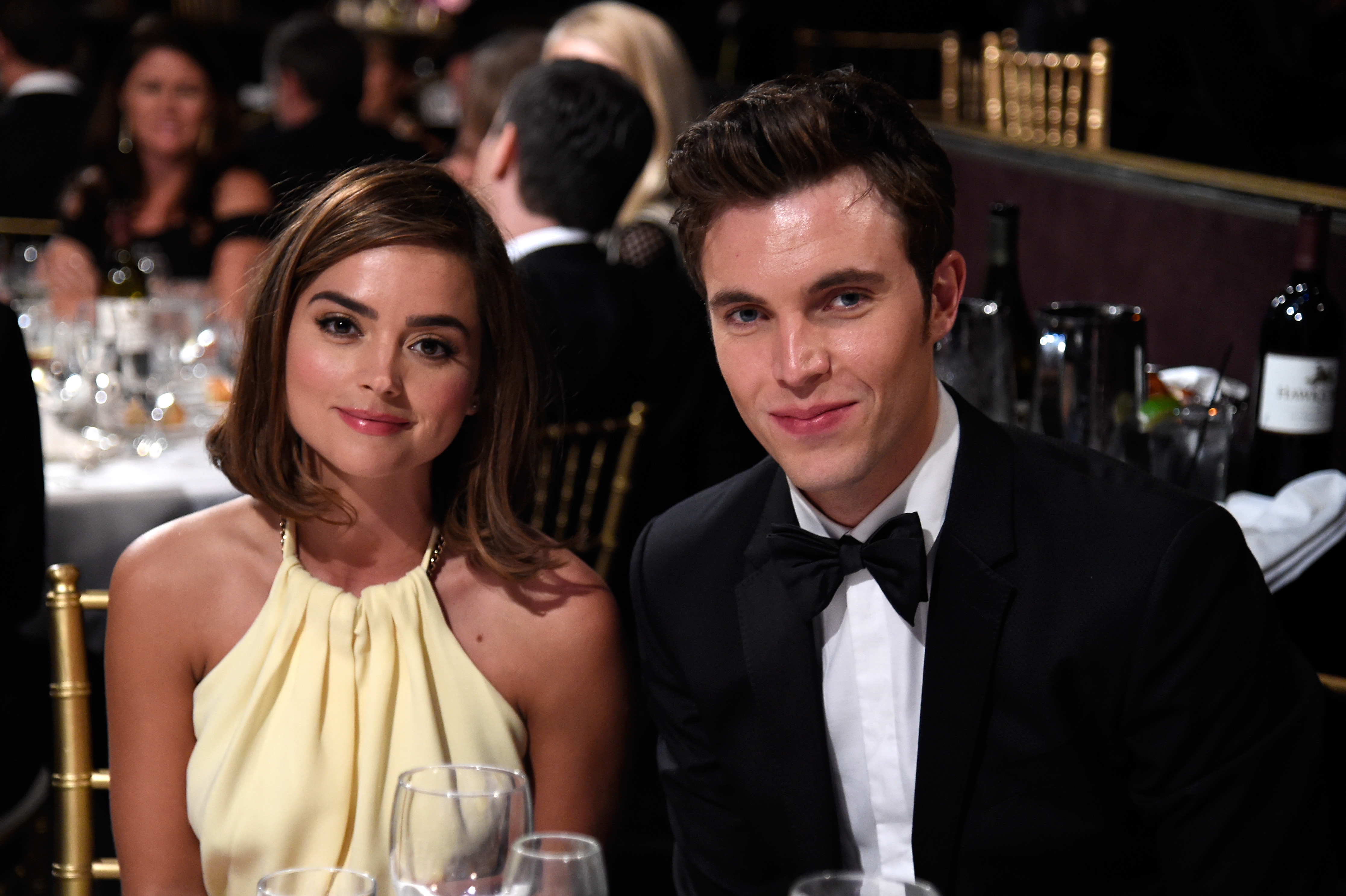