Vikings: Gunnhild swims out to sea to 'be with Bjorn'

In season five, the Vikings strayed far away from their home in Kattegat when Bjorn (played by Alexander Ludwig), Halfdan (Jasper Pääkkönen) and Sinric (Frankie McCafferty) travelled all the way to the Mediterranean Sea. As they approach the Pillars of Hercules, Bjorn wants to go to Rome, but when Sinric tells him that the Roman Empire is no more, they instead decide to head to Sicily. But as they reach the island’s shore, they are attacked by Euphemius (Albano Jerónimo).

Bjorn though manages to disarm Euphemius and points his own blade at him, which is when Euphemius decides to welcome the Vikings to the city of Messina.

Bjorn learns that they aren’t the first Northmen to come this way when commander Euphemius wants them to become his bodyguards.

The Vikings agree but quickly finds out their new employer isn’t the man he says he is and the man in charge in the area is actually the Emir Ziyadat Allah (Kal Naga) who rules from Africa.

They then decide to make the trip to go meet Ziyadat and invite Euphemius with them. 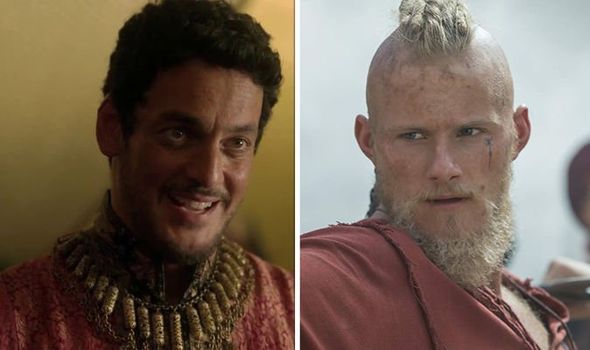 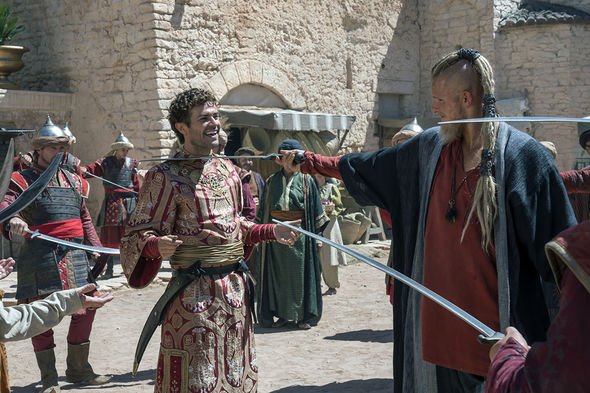 Although he initially refuses, he is convinced when Kassia (Karima Adebibe) threatens to leave him.

That leads Halfdan to wonder who this mysterious woman is and why she has so much power over Euphemius.

The group have to travel through the desert to get to the Emir’s home.

When they reach it, the Vikings are welcomed by Ziyadat as cherished trade partners while Euphemius is being imprisoned. 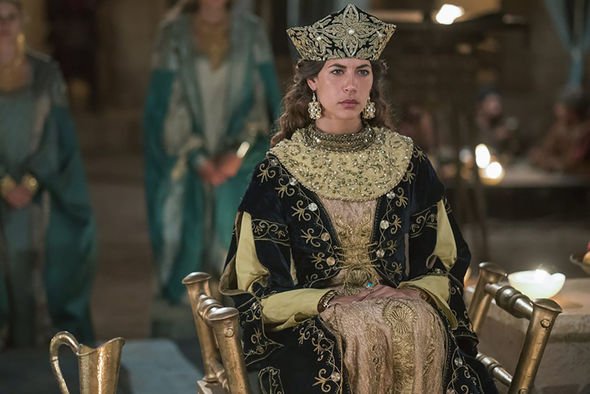 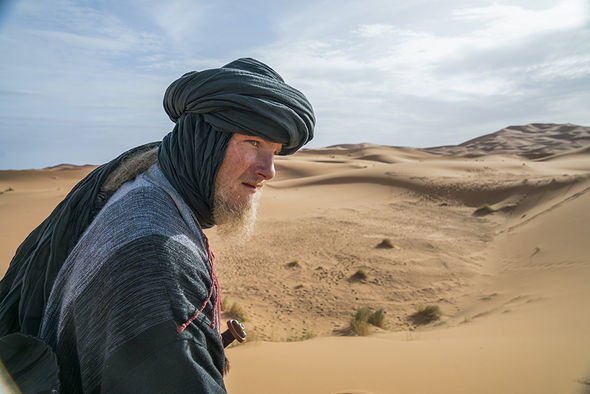 Euphemius though manages to escape and unbeknownst to the Vikings, he is captured, killed and served for dinner at the night’s banquet.

While Ziyadat reveals Euphemius was killed because he wanted to return to the Roman Empire, Sinric wants to leave as he starts fearing Kassia.

Before they can make a move, the Vikings are also captured.

But when a sandstorm approaches they manage to sneak away, but not before Kassia orders Ziyadat’s guards to kill them.

DON’T MISS…
Vikings season 6: Fans expose huge ‘plot hole’ with escape from Kjetil [THEORY]
Are Ubba from The Last Kingdom and Ubbe from Vikings the same person? [SPOILERS]
Vikings: Is Bishop Heahmund based on a real person? [HISTORY]

Ultimately though, this entire plotline didn’t seem to have much consequence, as in the very next episode, the three characters manage to make their way back to Kattegat.

One fan took to Reddit to ponder the potential plot hole: “Why did Kassia and Ziyadat Allah want Bjorn, Halfdan and Sinric dead? Why did they want to execute them? Sinric says that it is Kassia who is dangerous to them and etc., why is that?”

Someone else commented giving their explanation: “They should have explored more that storyline, it was interesting but ended up being just a filler and a plot device for Bjorn’s friendship with Halfdan.”

Another fan’s criticism was harsher: “No clue. What the heck was the point of that entire storyline in the Mediterranean?”

It seems like, for the producers of the show, Bjorn’s African adventures were essentially just filler to what was going on in Norway with Ivar at the same time.

It was some relatively light-hearted fun in the lead-up to the season’s climax, which revolved around the brothers starting a war over Kattegat.

While the Viking trio had to put a lot of miles under their belts just for fans to get some distractions from the more pressing matters of the show, it seemed to have been worth it.

The characters and the settings they encountered in their travels are still remembered dearly by fans of the show, even though short and mostly left unexplained.

Vikings is available to stream on Amazon Prime Video now.