One of the most loved characters in AMC’s The Walking Dead is the feisty Michonne (played by Danai Gurira). She is one of the original survivors of the apocalypse and is known for leading Walkers around with her on chains for protection. She was friends with and romantically linked to main character Rick Grimes (Andrew Lincoln) before he was injured and left the series.

The last fans saw of Michonne was in the episode The World Before, where she comes across survivor Virgil (Kevin Carroll).

Virgil had been accused of being a Whisperer and the survivors thought he may be working with the evil Alpha (Samantha Morton).

But when Michonne interrogated Virgil about his motives he explained he was looking for supplies, so he could return home and be with his family.

Michonne agrees to help him get back to his family in exchange for weapons and the pair sail away together. 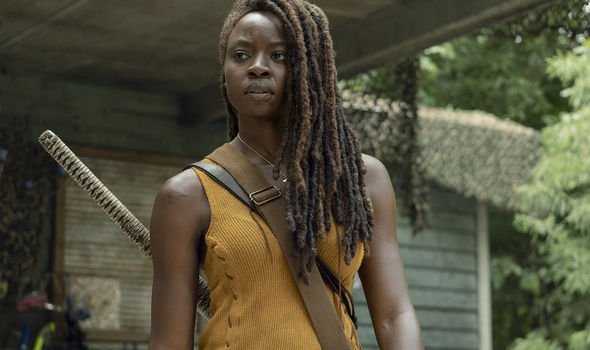 Michonne has not been back in the series since it returned after a midseason break and fans are wondering when she will come back.

They have found a chart on a Walking Dead Fandom page which seems to indicate when each main character’s last appearance will be.

In series 10 the chart shows Michonne appeared in episodes one, three, four, and eight ahead of the mid-season break.

The next and last appearance seems to be in episode 13, which will be called What We Become, and it will air on March 22. 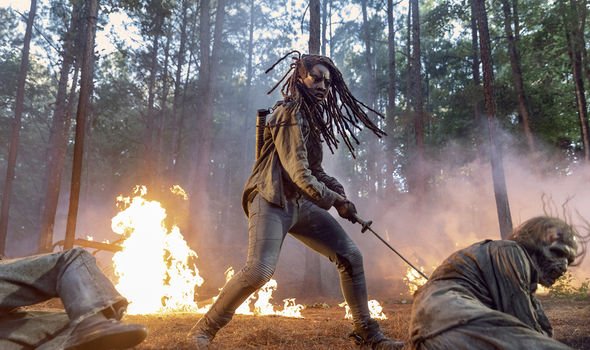 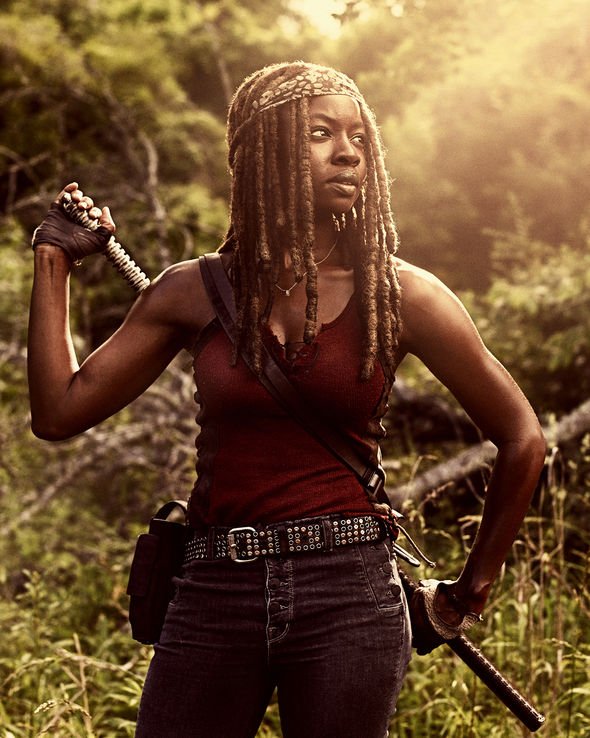 The next episode, which is episode 11 entitled Morning Star, is due to air on March 8 so there are a couple of episodes left before she supposedly returns.

Fans initially thought Virgil will betray Michonne and his vulnerability was just an act to lure her away from the main group.

At the end of her last episode she left behind Rick’s daughter Judith (Cailey Fleming), who she has been taking care of.

Fans think Virgil is connected to the CRM, which is a network of elite survivors, and he chose to target Michonne for a reason.

Other fans believe Virgil will tell her something about Rick’s whereabouts and she will then go off and find him.

Her entrance back into the series may involve reuniting with the rest of the group and revealing an update about Rick.

Fans are hoping she does not get killed off in the series as they have come to respect her as one of the toughest of the group.

Sadly the actress who plays Michonne has already revealed this season will be her last.

In a video for MTV news she talks about her exit from the show. She said: “You are never looking forward to a goodbye so it was very emotional.

“With all that beautiful energy, that beautiful connection that has always embraced me and this show, it’s such a family feel and it’s like you are stepping away from your family.

“It was beautiful but it was very hard.” She then spoke about filming her last scene and whether it was satisfying how she leaves the show.

She said: “I really felt able to not only participate and collaborate but they created such a great structure for how Michonne leaves the show. I felt honoured. You want to leave depleted and they definitely set that up.”