That Nexus commercial is even more important than you thought 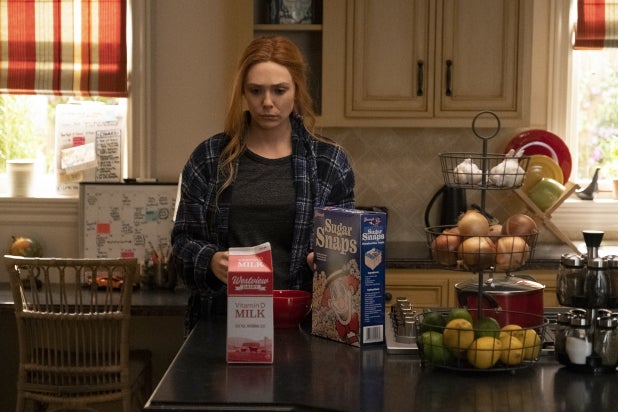 (Note: This post contains some spoilers from the Feb. 19 episode of “WandaVision” titled “Breaking the Fourth Wall.”)

We already know that “WandaVision” will factor into both “Doctor Strange and the Multiverse of Madness” and the third Spider-Man film. But this week’s episode may tie into two other Marvel Studios projects as well.

The fake commercial about an antidepressant called Nexus most likely teased the fact that Wanda is a “Nexus Being” (more on that below) and, in doing so, hinted at two important aspects of the upcoming Disney+ series “Loki” and the third “Ant-Man” film, “Ant-Man and The Wasp: Quantumania.”

A Nexus Being is a person so powerful that they can alter the fundamental probabilities of the universe, essentially rewriting reality. A person who is, basically, the focal point of the universe. Her powers have been substantially stronger in “WandaVision” than they’ve ever been portrayed in any of her prior appearances. In Marvel lore, every universe has one of these beings, which would mean that Wanda is the Nexus Being for the Prime MCU that we’ve been watching since “Iron Man” in 2008 (Earth-616 in the comics).

In the comics, one of the groups that monitors Nexus Beings is the Time Variance Authority, or TVA. It’s the organization that Owen Wilson’s character in “Loki” works for, which ends up capturing the God of Mischief after he portals away with the Tesseract during the Avengers’ time heist in “Avengers: Endgame.”

The TVA is the multiverse’s oversight committee. They’re responsible for ensuring no timelines are getting messed with (we suspect that “time heist” is on their radar) and have the ability to “prune” timelines considered too dangerous to exist. It’s probably no coincidence “Endgame” featured numerous tree/branch metaphors.

Loki and Wanda never crossed paths with each other in the MCU so far (and he’s still very much dead in the current post-Thanos world), but that doesn’t mean the TVA isn’t aware of her existence.

You want to know who another Nexus Being is? Kang the Conqueror, a major villain that will be played by Jonathan Majors in “Ant-Man and The Wasp: Quantumania.” The subtitle for the third “Ant-Man” movie suggests the Quantum Realm will play a significant role, and we all know from “Endgame,” time and space work very differently at a sub-atomic level.

Up until now, the multiverse has only been briefly hinted at in the first “Doctor Strange” movie and during the Avengers’ time heist in “Endgame.” But it appears increasingly likely the MCU’s multiverse is going play a massive role going forward. Even though it was never intended to kick off Phase 4, that hasn’t stopped “WandaVision” from planting a few seeds as to where the MCU is heading over the next few years.

Blac Chyna insists baby daddies Rob Kardashian and Tyga give her NO child support for kids Dream, 4, and King, 8