Ant McPartlin and Dec Donnelley spoke to Eamonn and Ruth today amid the ongoing coronavirus panic. Saturday Night Takeaway has already had to get rid of its live audience but Ant revealed that tomorrow night’s show could be the last.

Saturday Night Takeaway isn’t the only show on TV that has stopped inviting a live audience in the last week.

Countdown, Loose Women and The Jeremy Vine Show have also decided to carry on without an audience which these shows have relied on for so many years.

Not only this but shows like EastEnders have decided to stop production for the time being as well as live shows like Eurovision being cancelled.

However, it seems that just getting rid of the audience might not be enough as the government continues to announce new guidelines to stop the spread of the virus. 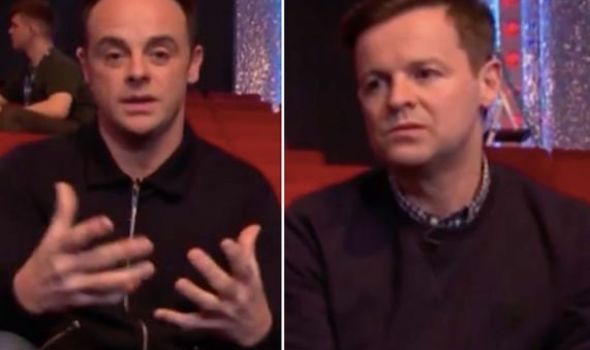 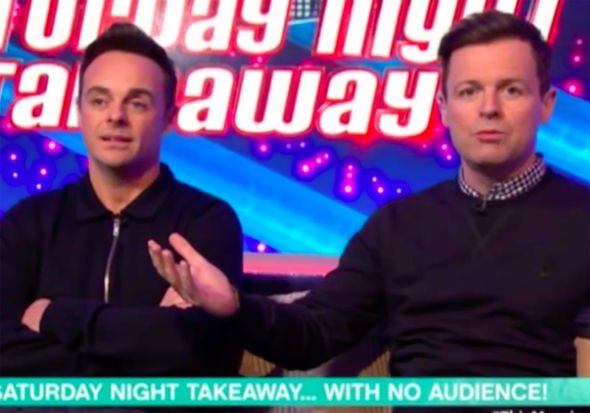 Ruth and Eamonn spoke to Ant and Dec via video link this morning with Eamonn commenting: “So boys, for the first time in 18 years, no audience.”

Dec explained: “It’s going to be strange and different. The studio will be like it is now in rehearsals.

“So pretty similar and tomorrow when we run down the stairs, which we are still going to do. But we’ll go on with the show.”

Ant added: “We wanted to do the show to put a smile on people’s faces because we might not be able to do another one. 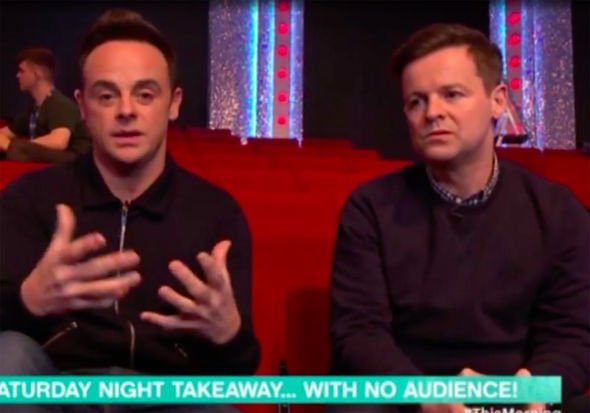 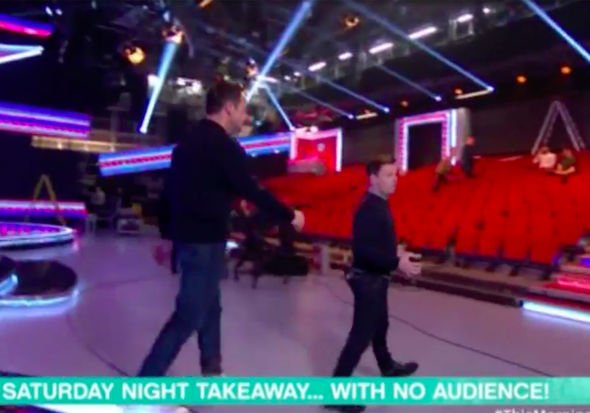 “We don’t know, we just really want to get on air have some fun and hope you all enjoy it.”

In lighter news, Ant and Dec revealed that tomorrow night, viewers will see the boys pull the ultimate prank on The Chase host Bradley Walsh.

The last time the boys pranked him was 15 years ago but they did tease that Bradley didn’t take the new prank very well at all.

Ant said: “We got him 15 years ago and we said he was the angriest celeb when he found out it was us at the end.

“He stormed off and wouldn’t talk to us, he took a lot of convincing to come back and chat.

“Since that day we thought we have got to get him again, it has been three years in the planning!”

“We got him on an episode of The Chase, it’s an episode he will never forget.

“We giggled all the way through it, he gets so angry it is brilliant.”

Ant and Dec now want the viewers to help to end tomorrow’s show and when talking to Ruth and Eamonn gave a call to arms.

The pair want viewers to film themselves, in landscape, with their families and their pets.

They want videos of the viewers dancing to Olly Murs’ Dance With Me Tonight for at least one minute.

In a Twitter post, they said: “You could end up as part of a brilliant EOTSS (end of the show show)! See you (and yourself!) on the telly!!”