Professor Brian Cox joined Ruth Langsford and Eamonn Holmes on This Morning to talk about his upcoming roadshow, Horizons: A 2021 Space Odyssey. As he spoke about some of the relations on his show, Ruth was left scratching her head as she struggled to keep up with him.

“We’ve come to the conclusion, I’ll just say it out loud then I’ll stop,” Brian began.

“We might be holograms, the universe might not be at all as we perceive it to be.”

Ruth commented: “You’re blowing my mind now. I was never good at science at school and I’m trying really hard to follow you and keep up here. 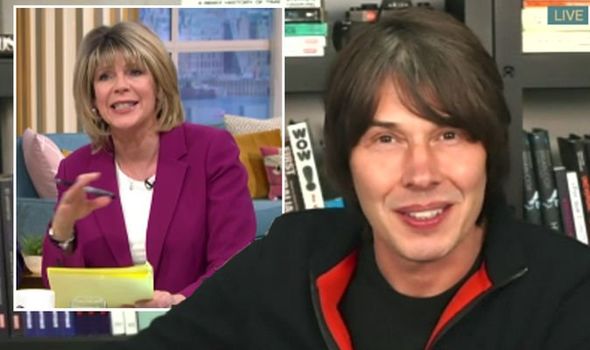 Also in the interview, Brian addressed “why we exist,” which caused even more confusion with the hosts.

He explained: “I want to ask questions. As you said, these are the biggest questions we can ask.

“How did the universe begin? Why is there anything at all? Why do we exist? How do we exist?

“Also, what the fundamental nature of reality is. I think we’ve all asked these questions at some level and using some language. 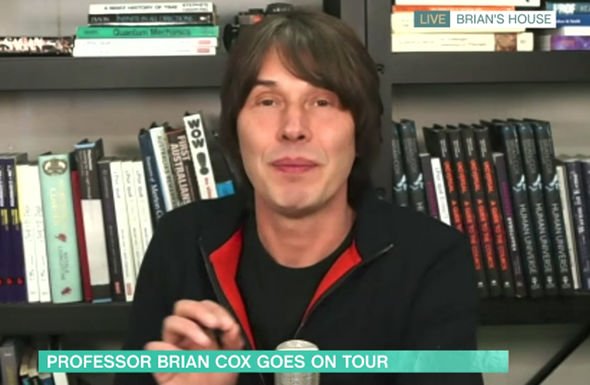 Brian Cox addresses 'why we exist' on This Morning

“The remarkable thing is we’re beginning to get some answers, we don’t have all the answers.

“The answers to some of those questions, like why is the universe at all? Well, we don’t know.”

Many of those tuning in to This Morning were quick to take to Twitter to comment on Professor Brian’s appearance on the show with a mixed reaction.

“Loved Brian Cox on #thismorning I really want to see his show but dubious about being packed in with all the hologram virus spreaders,” one viewer tweeted.

Another posted: “Love Brian Cox. Could listen to him all day #thismorning.”

“I see Professor Brian Cox is still boring everyone to death!#ThisMorning,” another shared.

Someone else continued: “I like Brian but I think he would send me to sleep after 5 mins. The tour isn’t really for me #ThisMorning.”

Brian’s tour, Horizons, will explore “how we came to be and what we can become” and is expected to take place later in the year.

Arenas will be filled with images of far-away galaxies, alien worlds, supermassive black holes and a time before the Big Bang.

The synopsis for the show reads: “What is the nature of space and time? Why does the Universe exist? How did life begin, how rare might it be and what is the significance of life in the Cosmos?”

Brian will be joined by comedian Robin Ince, the co-host of The Infinite Moneky Cage.

This Morning airs weekdays on ITV at 10am.