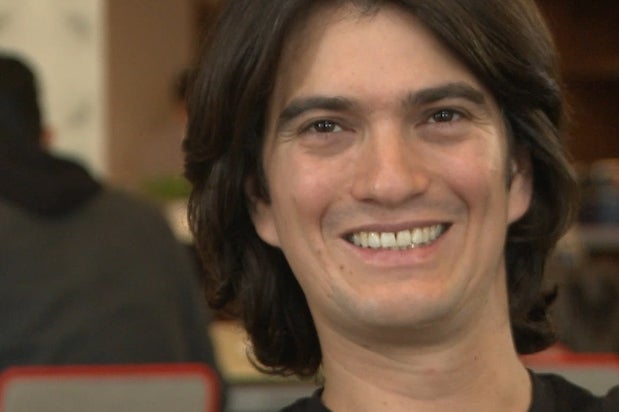 Following the recent success of “Framing Britney Spears,” Hulu has unveiled its documentary slate for this spring. Among the films is a documentary on the company WeWork, which will have its world premiere in March as part of the just-announced film lineup for South by Southwest.

After SXSW, “WeWork: Or the Making and Breaking of a $47 Billion Unicorn” will premiere on Hulu April 2. Hulu is also releasing the documentary “kid 90” about “Punky Brewster” actress Soleil Moon Frye on March 12, and a three-episode series about a Bigfoot sighting called “Sasquatch” that will premiere April 20.

The WeWork documentary is directed by Jed Rothstein and executive produced by Campfire, Forbes and Olive Hill Media. The feature film will explore the rise and fall of one of the biggest corporate flameouts and venture capitalist bubbles in recent years. The documentary is one of several narrative projects that looks in-depth at the company’s hippie-messianic leader Adam Neumann, and Rothstein speaks with journalists, experts and high-ranking former employees and WeWork members about what was really going on behind the scenes and what went wrong.

Soleil Moon Fry, best known as the child star of the NBC sitcom “Punky Brewster,” directed the documentary “kid 90” which reveals footage she had filmed everywhere she went when she was a teenager in the ’90s. Frye had kept her footage locked away for over 20 years and unearthed it for this film that examines how she managed to navigate fame as a child star. And the documentary also includes commentary from other ’90s stars such as David Arquette, Stephen Dorff, Balthazar Getty, Mark-Paul Gosselaar, Brian Austin Green, Tori Leonard, Heather McComb and more.

STX was the studio on “kid 90” and also executive produced it along with Leonardo DiCaprio’s Appian Way.

Finally, “Sasquatch” is the story of an investigative journalist who in 1993 in Northern California found a farm where three men were torn limb from limb in a savage attack. The documentary follows the journalist David Holthouse as he revisits the Redwoods 25 years later in search of evidence that might lead to truth about what happened at that farm.

“Sasquatch” is a three-episode true-crime series directed by Joshua Rofé and executive produced by Mark Duplass, Jay Duplass, and Mel Eslyn of Duplass Brothers Productions, as well as Rofé and Steven Berger of Number 19, along with David Holthouse and Zach Cregger, and produced by M. Elizabeth Hughes. The series is also premiering as part of SXSW.

The Underground Railroad Prime Video cast: Who is in the cast?