The 94-year-old legend revealed in October 2021 that he was preparing for his last big concert with Lady Gaga. 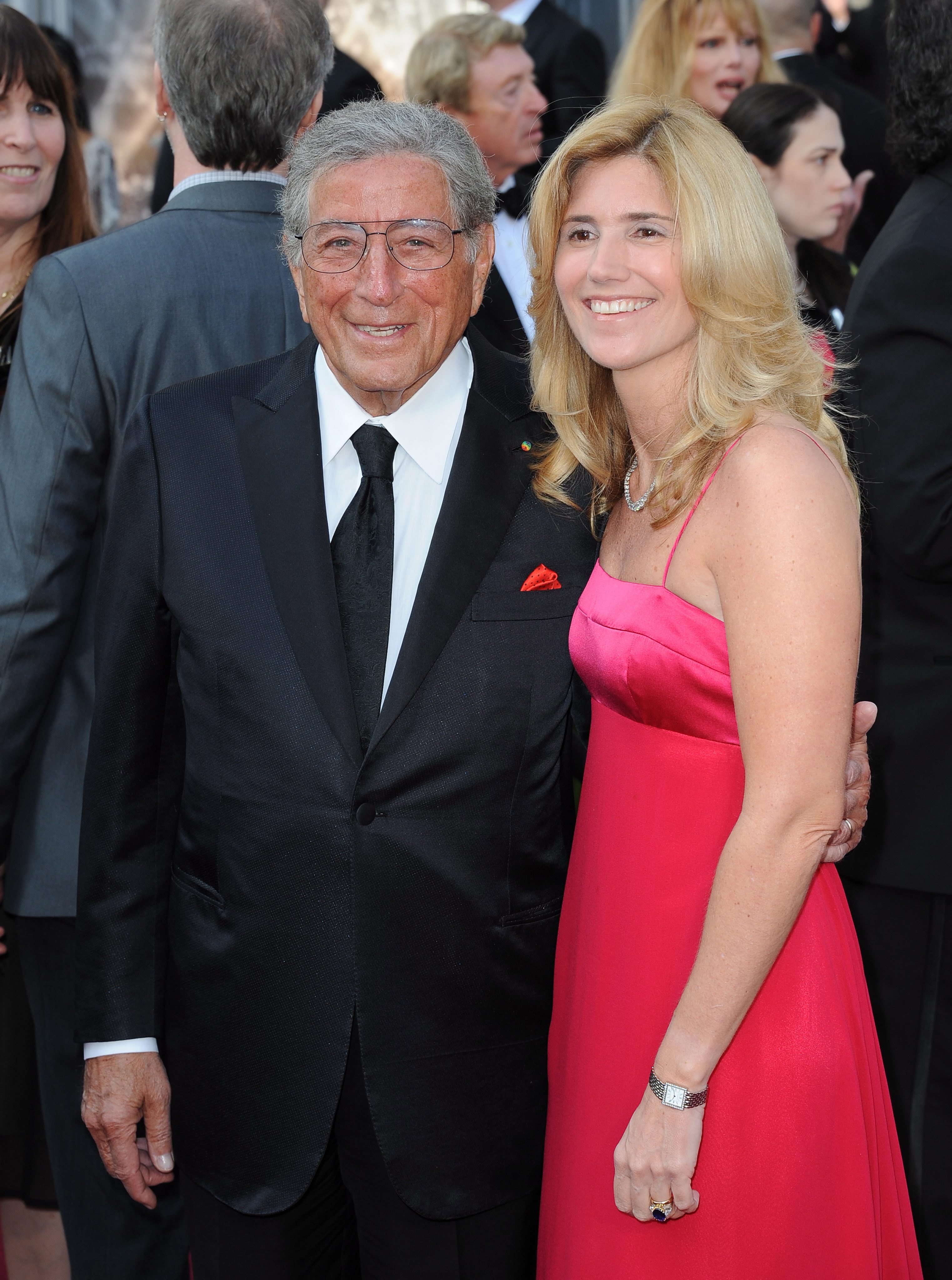 Who is Tony Bennett's wife?

Susan Crow is a philanthropist who has been married to Tony Bennett since 2007.

They reportedly met at one of Bennett's concerts when she was in her 20s and he was in his early 60s, according to Just Jared.

They dated for two decades before tying the knot.

The AARP organization, which announced the Alzheimer's diagnosis, described more about the couple's relationship and how they met.

"Susan's devotion to Tony is impressive to witness – and it goes back to before she even met him," reads the AARP website.

"Born in San Francisco in 1966, she was an unlikely fan of his music. When every other kid was listening to Elton John or the Stones, Susan was phoning local radio stations to request Tony's songs, begging her parents to take her to his concerts, and eventually heading up the local chapter of his fan club.

"She came by her fascination honestly, given that her mother, Marion, was also a longtime fan – indeed, one of the original 'Tonymaniacs,' the army of teenage bobby-soxers who, at the dawn of the 1950s, fueled Tony's first taste of fame.

"Marion was 14 in 1950 when Tony, fresh off the triumph of performing with Bob Hope, signed a recording deal with Columbia Records."

Crow has co-founded 17 schools along with her husband.

Bennett was previously married to Patricia Beech and Sandra Grant.

What did Bennett say about his wife?

In February 2021, Bennett announcedhe had been battling Alzheimer’s disease since 2016.

The singer paid tribute to Crow as he announced his diagnosis.

"Life is a gift – even with Alzheimer’s," Bennett tweeted on February 1.

"Thank you to Susan and my family for their support, and @AARP The Magazine for telling my story."

Tony has been "spared the disorientation that can prompt patients to wander from home, as well as the episodes of terror, rage or depression that can accompany Alzheimer's frightening detachment from reality," according to AARP.

His wife has been caring for the legendary musician.

“I have my moments and it gets very difficult. It's no fun arguing with someone who doesn't understand you,” she told AARP.

“But I feel badly talking about it because we are so much more fortunate than so many people with this diagnosis."

Earlier this year, Bennett announced his retirement from performing and will close off his chapter with one last concert due to his disease.

His final performance, One Last Time, recorded at Radio City Music Hall will include Lady Gaga and officially air on November 28th, 2021 on CBS and Paramount+.

The concert will pay tribute to his long-lived career.

Everything You Need to Know About the Messy 'X-Men' Timeline After 'Dark Phoenix,' Explained