Home » World News » A GOP congressman says TikTok should be banned in the U.S. and is introducing legislation to do so, calling the app 'digital fentanyl' 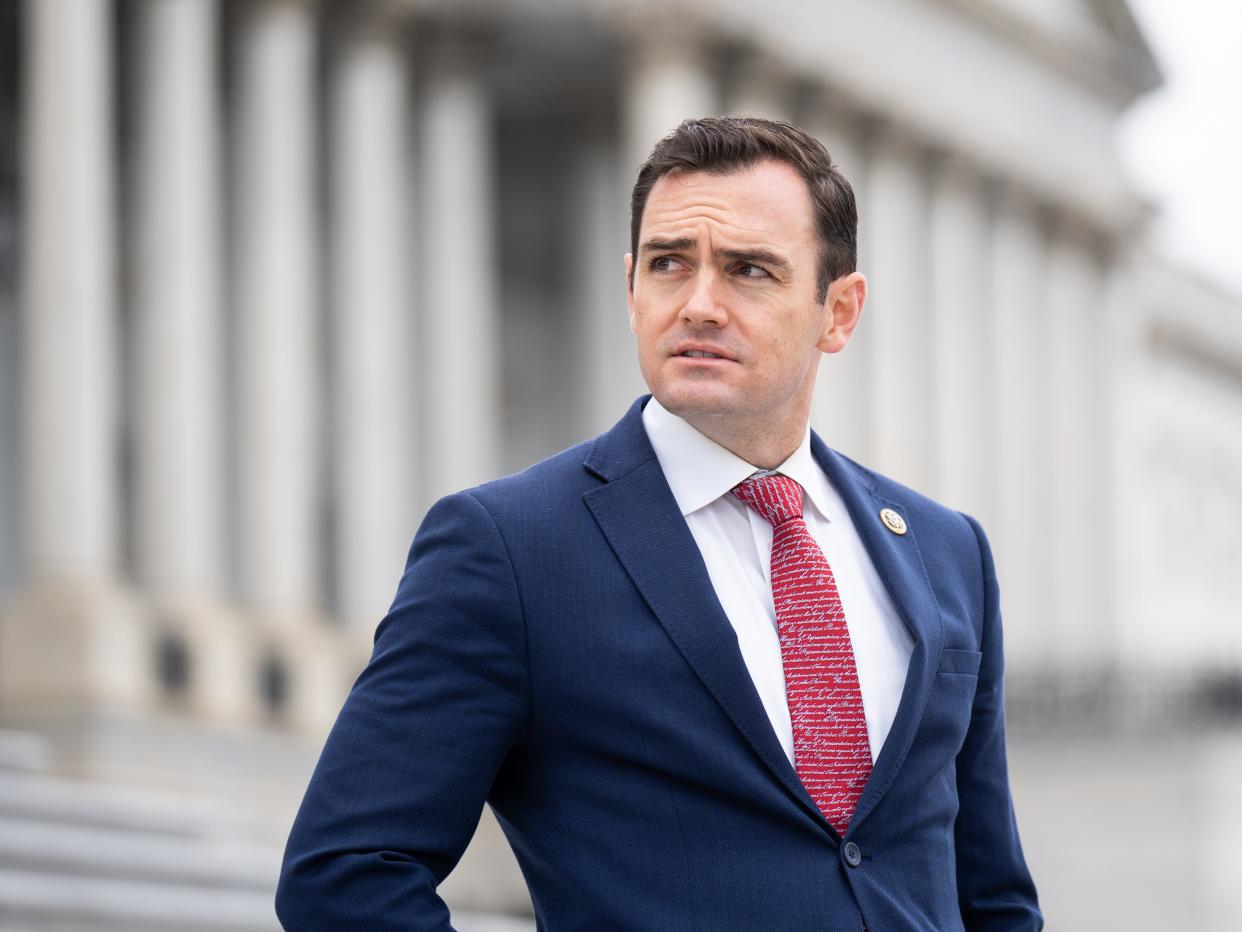 Wisconsin Representative Mike Gallagher on Sunday renewed his calls for a nationwide ban on the TikTok social media app, calling the platform "digital fentanyl" that is "addicting our kids."

"TikTok should be banned," Gallagher said during the interview on Fox News' Sunday Morning Futures, promoting legislation he introduced with Senator Marco Rubio earlier this month to do just that, citing security concerns over potential user surveillance by employees of the China-based app.

"TikTok is digital fentanyl, addicting our kids," Gallagher added. "And just like actual fentanyl, it ultimately goes back to the Chinese Communist Party."

According to data released by the Drug Enforcement Agency, China is a primary source country for fentanyl trafficked into the United States, though no direct link between the government of China and fentanyl illegally entering the country has been reported.

While TikTok's parent company, ByteDance, is an independent business based in Beijing, the social app has faced controversy over its ties to the Chinese Communist Party before, with reports the platform has been used in collaboration with government officials to spread propaganda.

Last month, additional reports surfaced of an internal team planning to use location information gathered from U.S. users of the TikTok app for surveillance of American citizens.

"TikTok is owned by ByteDance, ByteDance is controlled by the CCP, that means the CCP can track your location, it can track your keystrokes, it can censor your news — why would we give our foremost adversary that amount of power?" Gallagher added.

TikTok's security concerns have long been the subject of scrutiny from both sides of the aisle: The Trump administration proposing a total ban of the app in 2020, while in 2021 the Biden administration promised a security review of foreign-owned apps. It has yet to publish results.

In an op-ed published in The Washington Post earlier this month, Gallagher and Rubio called TikTok "a major threat to US national security" and urged the Biden administration and Congress to take action against the popular app. TikTok has been the most downloaded app in the US since 2021, according to data by TechCrunch.

Representatives for Sen. Rubio and Rep. Gallagher did not immediately respond to Insider's requests for comment.