Home » World News » A judge banned the IRS from withholding $1,200 stimulus checks from prisoners after officials intercepted the money during the initial round of COVID-19 relief 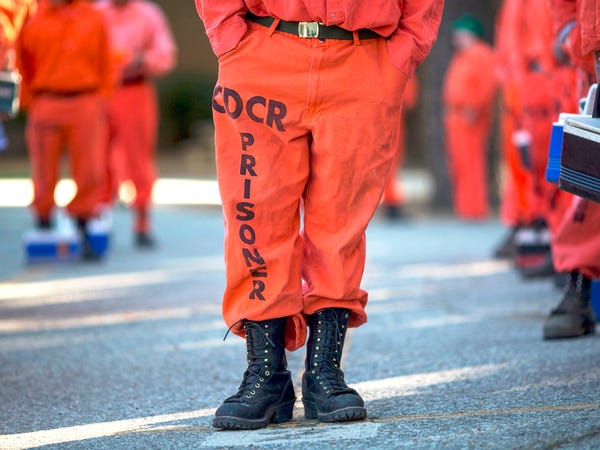 In March, the US government passed a $2 trillion economic relief bill known as the CARES Act that included payments of up to $1,200 to be sent out to millions of individuals. The legislation did not explicitly bar prisoners from receiving them.

Nearly 85,000 incarcerated people were eligible for stimulus checks, totaling more than $100 million, according to a report from the Treasury Inspector General for Tax Administration. However weeks after the passage of the relief bill, the IRS changed its position and said that prisoners were not entitled to an economic impact payment.

The IRS and the Treasury Department instructed corrections officers at prisons, jails, and detention centers to intercept any checks they received and to return them to the federal government. They also instructed individuals who had already received checks to mail them back.

On September 24, US District Court Judge Phyllis Hamilton issued an order requiring the IRS and Treasury Department to stop withholding or intercepting stimulus checks from individuals on the basis of their incarceration. She also said they are required to reconsider applications for stimulus checks that were denied due to the applicant's incarceration status within 30 days.

Other incarcerated individuals who did not file a claim or did not file a tax return in 2018 and 2019 are also eligible to receive a check, and have until October 15 to file a written claim, otherwise they may not receive their payments.

In June, IRS spokesman Eric Smith was unable to provide the Associated Press with the legal basis for withholding the checks from prisoners. "All I can tell you is this is the language the Treasury and ourselves have been using. It's just the same list as in the Social Security Act," he said.

Following the instructions from the IRS, prison officials intercepted checks throughout the country, withholding hundreds of thousands of dollars from prisoners.

"The country is suffering during this pandemic and economic crisis, and incarcerated people and the families they rely on for support are no exception," said Yaman Salahi, a Partner at Lieff, Cabraser, Heimann & Bernstein, who is representing the plaintiffs.

Gov. Cuomo blasts police for growing lawlessness in the state and NYC