It’s one of the United States’ most infamous hate crimes, the spark of the modern civil rights movement – and yet, sites associated with the murder of 14-year-old Emmett Till have gone largely unmarked or left to ruin.

Preserving Till’s legacy – and structures critical to telling his story – is what some aim to achieve by persuading President Joe Biden to use his executive powers to create a national park honoring the Black child from Chicago and his mother, Mamie Till-Mobley.

“Getting this into the national park system would be elevating it to the highest level of interpretation and protection that we could manage,” said Alan Spears, senior director of cultural resources for the National Parks Conservation Association, an independent, nonpartisan organization based in Washington, D.C. “We think they deserve it.”

Such a designation could also provide healing, advocates say, in a case in which no one has ever been prosecuted.

“Even as we don’t have legal justice, it’s important to think about narrative justice,” said Dave Tell, a communications professor at the University of Kansas who has written extensively about the murder. “It’s a form of reparations to tell the truth about what happened, and it seems we need something on the scale of a national park to begin to repair the historical record.”

The National Parks Conservation Association, which advocates for and keeps tabs on the park system, hopes Biden will establish the park through the 1906 Antiquities Act, which gives presidents the authority to create national monuments in order to preserve important cultural or natural features. Such a move would bypass congressional legislation, the other primary route by which national parks are typically created.

As envisioned by the association, the tentatively named Emmett Till and Mamie Till-Mobley National Monument would encompass two sites in separate states – the Roberts Temple Church of God and Christ in Chicago, where Till’s open-casket funeral was held, and the Tallahatchie County Courthouse in Sumner, Mississippi, where the trial of Till’s killers took place.

“Any national monument honoring Till’s legacy should include those two anchor sites,” said Tell, whose 2019 book, “Remembering Emmett Till,” examines the ways in which the crime has been commemorated throughout the Mississippi Delta.

In August 1955, Till had been visiting relatives in Mississippi when he and his cousins stopped for refreshments at Bryant’s Grocery & Meat Market in the rural community of Money, about 110 miles north of Jackson. While there, Till was accused of whistling at Carolyn Bryant, a white woman working at the store.

Four days later, after nightfall, the 14-year-old was abducted from his relatives’ home by the woman’s husband, Roy Bryant, and his half-brother, J.W. Milam, who took Emmett to a barn in remote Sunflower County. According to the FBI, Till was tortured, brutally beaten and shot in the head, his body then dumped in the nearby Tallahatchie River with a fan tied around his neck with barbed wire.

Within weeks, an all-white, all-male jury acquitted Roy and Milam of the crime. Soon afterward, both would confess to the murder in a paid interview published in Look magazine in January 1956.

‘This is our history:’ African American churches, museums and landmarks work to preserve Black history

“There has never been justice in the case of Emmett Till,” Tell said – another reason, he said, that a national park preserving the story is so necessary. Eight years ago, when Tell visited Mississippi sites related to the murder while researching his book, many “were still completely unmarked. The barn where he was killed just had its first commemorative ceremony in August, and there’s still no plaque in the entire county.”

More recently, Tell helped develop the Emmett Till Memory Project, a smartphone app that leads visitors through those sites.

The creation of a national park honoring Till, Spears said, would carry meaning beyond just a federal designation.

“We’re also talking about an opportunity to heal, about restorative justice,” he said.

The park would not only highlight Till but the mother who became the face of the crime and demanded Till’s funeral be conducted with an open casket to show the world what had been done to her son. A photo of Till’s mutilated face, featured in a September 1955 issue of Jet magazine, helped stir civil rights activism.

Later that year, T.R.M. Howard, a lead advocate for justice in Till’s death, would speak about the case at Dexter Avenue Baptist Church in Montgomery, Alabama. In the crowd was civil rights activist Rosa Parks, who within days would refuse to give up her seat on a Montgomery bus, igniting a landmark bus boycott and ultimately sparking the civil rights career of a young preacher named Dr. Martin Luther King Jr.

“King’s status as a civil rights icon literally begins with Rosa Parks’ action, and her action is based in part on the murder of Emmett Till,” Spears said.

Making the park system relevant to all Americans

The case has been reopened twice — by the FBI in 2004, then again by the Department of Justice in 2017 — with no new leads. While both investigations have been closed, Till’s legacy lives on in the Emmett Till Antilynching Act, which Biden signed in March, making lynching a federal hate crime.

“When you think about Emmett Till and what he went through, you can’t forget about the pain and suffering Mamie Till-Mobley endured,” said Rep. Bennie Thompson, D-Mississippi, who has fought to push congressional efforts to create national monuments honoring Till and other Mississippi civil rights figures. “When this park is created, it will tell the story of what racism in America did to her son.”

The civil rights significance of Till’s murder makes a national park designation part of the National Park Service’s mandate to make the park system relevant to all Americans, Spears said. The association is campaigning for the project along with the Emmett Till Interpretive Center in Sumner, Mississippi, and the National Trust for Historic Preservation, a private non-profit in Washington, D.C. 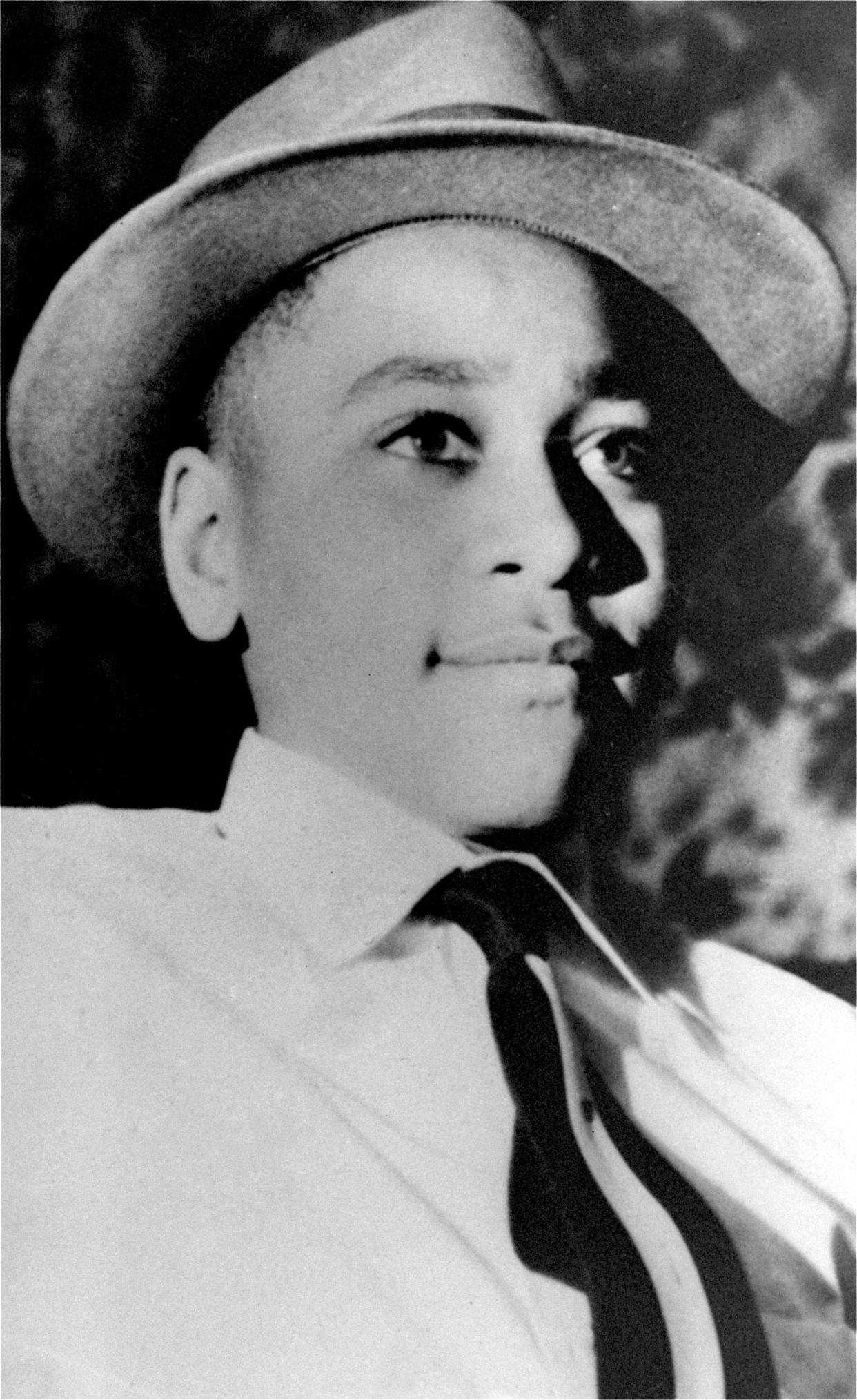 While there’s no timeline for the effort, the association hopes to capitalize on growing federal consideration of such a possibility. Since February, U.S. Secretary of the Interior Deb Haaland has visited Till sites in Mississippi and Illinois, hearing from those who have fought to preserve Till’s legacy.

In response to questions about the status of such efforts, the National Park Service said only that it had “no news to share at this time.”

As proposed, the church and courthouse would be the structures owned and managed by the park service, though others could fall within the boundaries of the monument and receive some level of protection. Park rangers could direct visitors to other relevant sites such as Graball Landing near Glendora, Mississippi, where Till’s mutilated body was fished out of the Tallahatchie River; and the grocery store in Money, which has since been abandoned.

The National Parks Conservation Association has previously supported other civil rights-related sites, including the Birmingham Civil Rights National Monument in Alabama and New York City’s Stonewall National Monument, which memorializes the historic June 1969 demonstrations that erupted among the city’s LGBT community in the wake of a police raid.

“These are not necessarily happy stories, but this is history that needs to be commemorated because it’s all part of the shared American experience,” Spears said. “We’ve got a good opportunity here to enhance public understanding of one of the most critical chapters of the modern civil rights movement.” 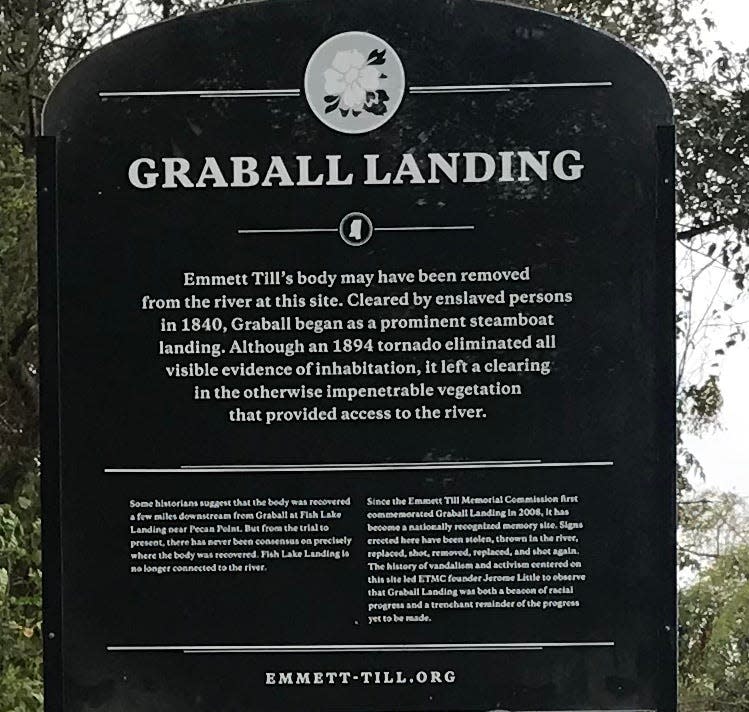 Bringing such sites under federal management not only provides the cachet associated with the National Park Service arrowhead but a level of resources and protection crucial to their survival. Plaques denoting sites related to Till’s murder have been vandalized in past years, while structures not under federal protection risk being lost to expired leases or changes in local ordinances.

The National Trust for Historic Preservation named Roberts Temple Church among its most endangered places in 2020, and while the Tallahatchie Courthouse is listed on the National Register of Historic Places, such designations do not preclude any action, including destruction, by non-federal owners.

“Once you lose history, it’s done,” said Kyle Groetzinger, spokesman for the National Parks Conservation Association. “Once it becomes a strip mall, there’s no putting it back.”