Australian charity founder and actor Samuel Johnson is recovering in hospital after being struck by a car on Saturday night.

The Gold Logie winner is awake, talking but still recovering, sister Hilde Hinton said in a post published on the Love Your Sister charity Facebook page. 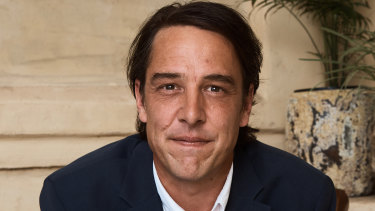 Samuel Johnson is returning to the screen in Eden, his first acting role since his Gold Logie-winning performance in Molly.Credit:Stan

The 43-year-old, who starred in TV mini-series Molly, in 2016 announced his retirement from acting to focus on fundraising and supporting cancer. He’s best known for his roles on The Secret Life of Us and Rush.

He announced in June that he was returning to TV.

“I wish I didn’t have to tell you this,” his eldest sister Ms Hinton told the page’s 579,000 followers on Monday, “our ambos got him picked up and tucked away safely in hospital in record time.

“The fantastical medical staff are in overdrive taking care of his sore head. He’s awake and not too happy that he doesn’t have his pants – nobody loves a hospital gown.

“Hearing his voice is lovely, but can’t wait for hugs when it’s safe.”