Home » World News » After 100 days of war, Ukraine is still standing but Russia is advancing 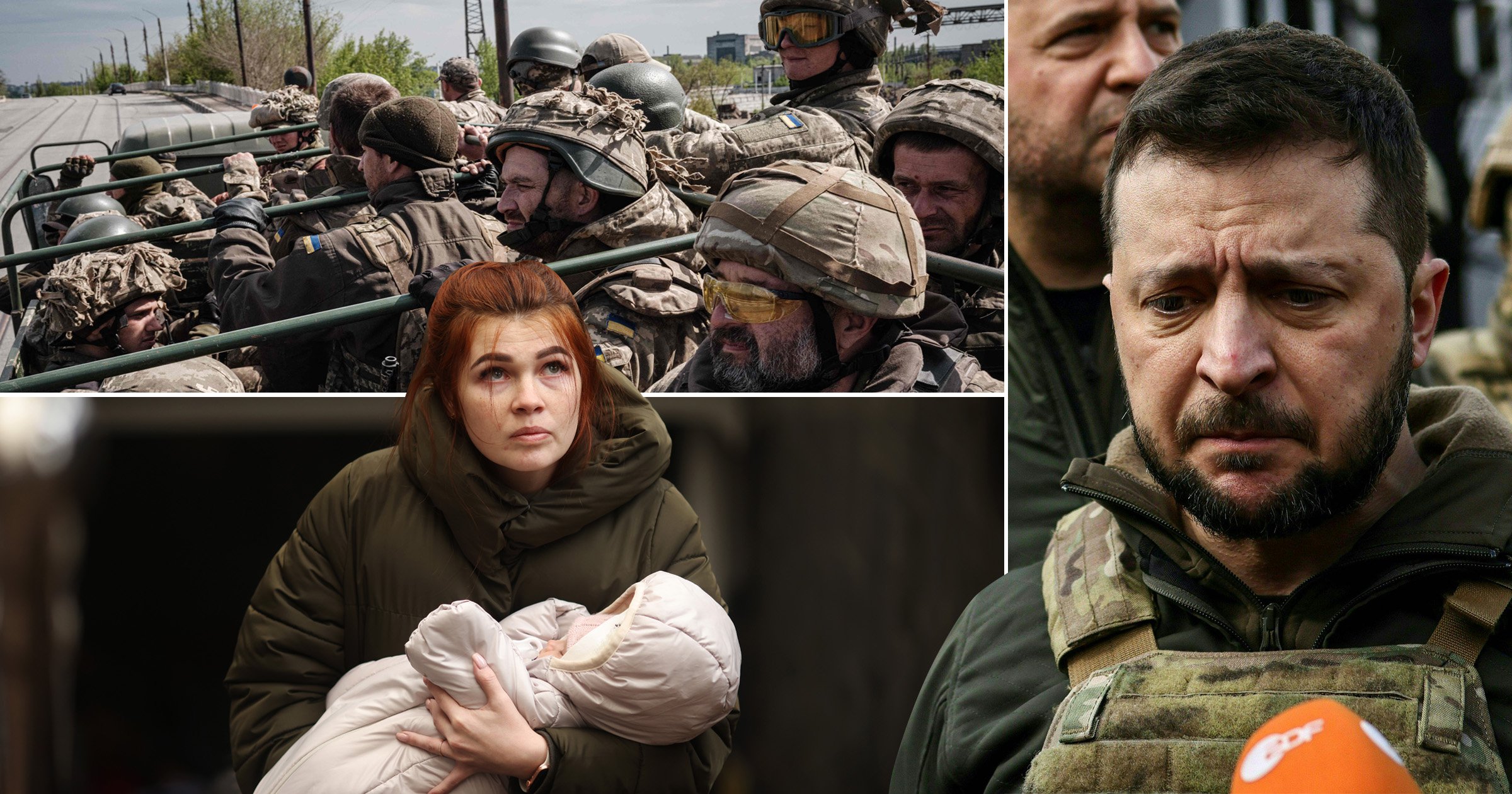 On February 24, Vladimir Putin confirmed to the world what had already been clear for a long time.

A ‘special military operation’ had been ordered, the Russian president said, to ‘protect’ Russian speakers in the east of Ukraine and to achieve the ‘demilitirisation and denazificaton’ of the former Soviet republic.

His army had spent months installing an invasion force on Ukraine’s border and diplomatic efforts had failed.

Days earlier, Putin had given another address confirming his decision to formally adopt the breakaway republics in Donetsk and Luhansk, a move which was already effectively a declaration of war.

For him, it represented the culmination of a lifetime ambition to reconstitute an empire – for Russia, he said, it was ‘matter of life and death’.

Towards the end of his 27 minute address, Putin appealed directly to defending soldiers to ‘lay down your weapons immediately and go home’.

Air strikes and missile launches began to obliterate targets the length and breadth of Ukraine.

Some Western analysts predicted an independent state 31 years in the making could fall within the week.

The last 100 days have played out very differently.

Russia opened up three fronts: in the east, towards Donetsk and Luhansk; in the south, up through occupied Crimea; in the north, down through Russia and Belarus towards Kharkiv and Kyiv.

The last of these saw a fearsome convoy of tanks and troops charge headlong towards the capital in an attempt to surround it and force a surrender.

Hit squads bolstered by Wagner Group mercenaries and Chechen fighters were sent ahead to assassinate the government which, led by Volodymyr Zelensky, had refused to leave Kyiv.

With the Russian army struggling to get fuel and supplies up to the head of the slow-moving convoy on northern Ukraine’s narrow roads, it faltered.

Ukraine held the forces north of the city, picked off Russia’s tanks one by one and repelled the bloody assault on Hostomel airport, which the Kremlin planned to use to fly in reinforcements.

It represented a huge failure for Putin and the world started to believe what Zelensky had said from the start: that Ukraine could win.

The West rallied, imposing more and more stringent sanctions designed to cut off Russia from the world economy and committing hundreds of billions of pounds worth of military assistance to Ukraine.

But as Russian forces pulled back from the capital, there was little cause for celebration.

Suburbs surrounding Kyiv like Bucha and Irpin had been subjected to sheer brutality and evidence of war crimes was clear.

Bodies with their hands tied behind their backs and left to rot in the street have become a defining image of the war.

Putin’s war is now largely confined to the east of the country, a battle for control of the Donbas region and Ukraine’s southern coast.

The fight for Mariupol has been the bloodiest and most notorious part of this campaign, though it is by no means the only town in the region to have been reduced to rubble by indiscriminate shelling.

Standing between Russian controlled territory in the east and south of Ukraine, the objective to capture the port city and link up the eastern and southern fronts was pursued with ruthless ferocity.

On March 9, a maternity hospital was bombed and images of pregnant women being carried through the rubble stopped the world in its tracks.

Though airstrikes continued as far west as the Polish border, by the end of March the Kremlin had all but admitted its strategy was now confined to capturing the Donbas – at least for now.

Since then, the war has continued to grind on mile by mile, village by village, punctuated by incidents of gratuitous depravity.

A missile strike on people outside a crowded train station in Kramatorsk which killed 52 people trying to flee the fighting is perhaps chief among the most horrific incidents from this phase of the war.

By mid-April, the battle for the Donbas was in full swing, with troops pulled out of Kyiv, patched up and sent back into the eastern front.

Amid reports of a furious blame game in the Kremlin over who was to blame for the stalled war effort, a new general was put in charge of the army and Putin’s head of espionage in Ukraine was jailed.

It’s unclear what comes next for Ukraine but Kremlin forces continue to make slow progress in the east.

Between the start of the war in 2014 and the renewed invasion on February 24, forces loyal to Moscow had taken control of 7% of Ukraine’s land.

With the frontline constantly shifting it is hard to arrive at a precise figure now but the government in Kyiv estimates that figure is closer to a fifth now.

The UK Ministry of Defence’s assessment after 100 days of war said that ‘measured against Russia’s original plan, none of the strategic objectives have been achieved’ – but ‘tactical success’ is being slowly established in the Donbas, albeit at a huge cost.

In recent weeks, efforts have focused on the last remaining cities still under Ukrainian control in Luhansk, Sloviansk and Sievierodonetsk.

The Institute for the Study of War predicts the ‘liberation’ of Luhansk would be declared should they fall and then efforts would turn to Donetsk, though it’s unclear if Russia has the immediate manpower needed to carry out further operations.

Reports have also started to emerge of resistance and sabotage activity in occupied territories, reminding Putin that conquering parts of Ukraine is one thing but forcing its people to accept becoming part of Russia is another.

It’s impossible to say how many have died but the number of civilians killed is in the thousands.

Zelensky says Ukraine is losing up to 100 soldiers every day and, while Western intelligence agencies have tended to produce more conservative estimates, Kyiv says 30,000 Russian soldiers have died.

Around 220,000 people have been rendered homeless after the destruction of 38,000 residential buildings.

The World Health Organisation has recorded 296 attacks on hospitals, ambulances and medical workers in Ukraine this year.

Oil prices have surged by as much as 25% and with Ukraine’s vital agricultural sector crippled and ships unable to leave its ports, the cost of food has climbed, with developing countries hit particularly hard.

With peace talks non-existent and diplomatic relations between the West and Moscow in tatters, there is virtually no immediate hope a negotiated resolution to the conflict can be found.

If Russia does succeed in capturing the entirety of the Donbas, as well as hold some of the southern territory it has taken, it’s unclear if Putin would attempt a further push into Ukrainian territory or walk away.

Western resolves is also likely to be tested, as those who favour ceding some ground to Putin in order to end the conflict more quickly clash with those determined to see his effort fail completely.

When he declared war in that televised address, Putin said ‘all responsibility for possible bloodshed will be entirely on the conscience of the regime ruling on the territory of Ukraine’.

100 days later, there a few outside the Kremlin’s vortex of propaganda who believe a word of that.