Alexei Navalny has said he has successfully eased out of his hunger strike and has discovered the recipe for being ‘happy’ in prison.

The jailed Kremlin critic is serving two-and-a-half years in a penal colony outside Moscow on old fraud charges he says are politically motivated.

Navalny, Russian President Putin’s most well known opponent, went on hunger strike at the end of March demanding proper treatment for severe back pain and numbness in his limbs.

The 44-year-old ended the protest on April 23 after he received treatment at a civilian hospital and the West warned Putin of consequences if his critic died.

Posting on Instagram the first time in nearly three weeks Navalny said: ‘Twenty three days on a hunger strike and 23 days easing out of it in a very strict, conservative manner. My willpower surprised me.’ 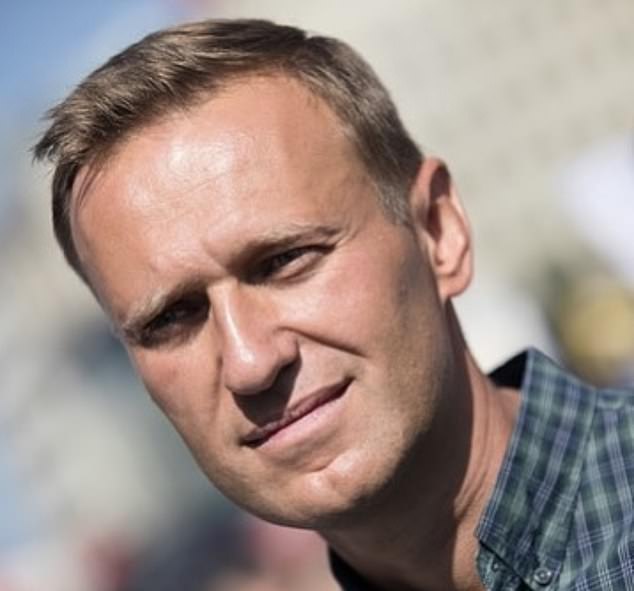 Last Sunday he ate bread – his favourite food – for the first time in 46 days and was happier than an oligarch dining aboard his yacht or a guest of ‘a Michelin-starred restaurant’.

The recipe for being happy in prison, he concluded, was simple.

‘Choose what you like very much, then rid yourself of it for some time and then get it back,’ Navalny wrote.

‘Just remember that this does not apply to people. Love your favourite people always.’

Navalny’s last public appearance was by video link in court during an appeal hearing at the end of April, where he appeared gaunt and said he had started eating a couple spoonfuls of porridge a day. 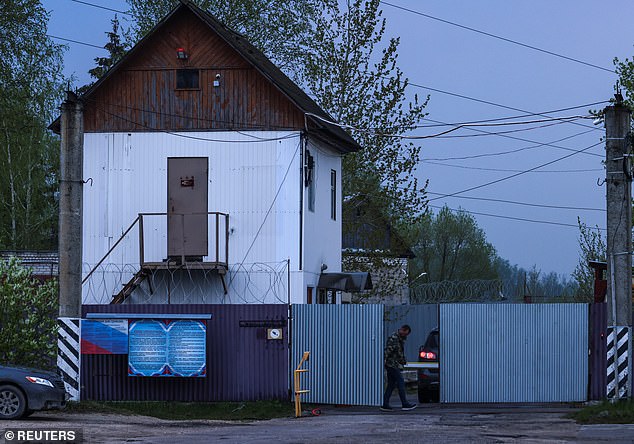 The prisons chief, who has been sanctioned both by the US and the EU over the treatment of Navalny, said the Kremlin critic was ‘eating normally’. 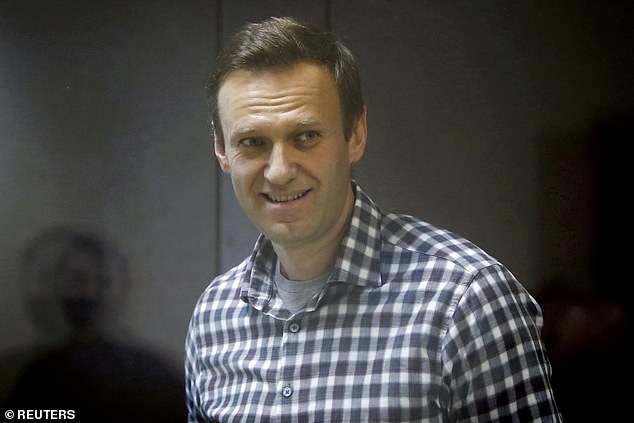 ‘His condition is now more or less normal. The recovery process is indeed underway,’ Zhdanov said on the Echo of Moscow radio.

Navalny’s allies said that he weighed 205 lbs (93 kg) when he arrived in prison in February, but that his went had gone down to 187 lbs (85 kg) by the time he launched his hunger strike.

The update on Navalny’s health comes as Russia moves to outlaw his movement.

Next month a court will convene to hear whether to add his network of regional offices and the Anti-Corruption Foundation to a list of ‘terrorist and extremist’ organisations.

The ruling would effectively outlaw Navalny’s political network, putting his supporters and financial backers on par with members of the Islamic State group and Al-Qaeda.

In another move targeting his supporters, Russia’s lower house of parliament this week approved legislation in a first reading that would ban members of ‘extremist’ organisations from becoming lawmakers.

Since Navalny returned to Russia in January from Germany, where he had been recovering from a poisoning attack he blames on Putin, most of his top allies have been placed under house arrest or left the country.