ARCHAEOLOGISTS make some unusual discoveries but many aren't as baffling as this ancient skeleton that was reattached 'like a human puppet'.

Dr Martin Green discovered the ancient body on his British farm and noticed its unusual markings. 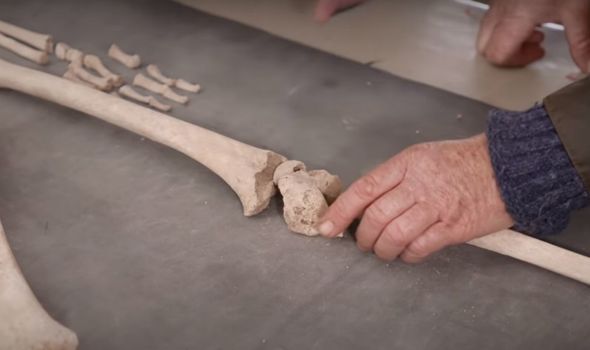 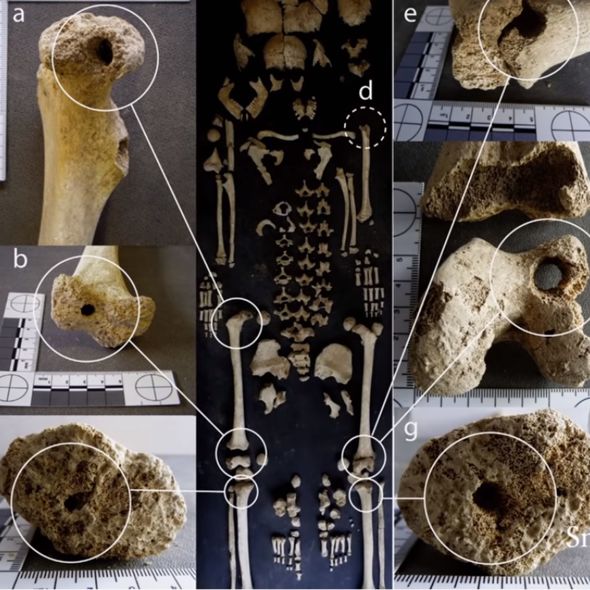 The archaeology expert, who lives in Dorset, has previously discussed the skeleton in a Smithsonian Channel documentary called Mystic Britain: Mummies.

The archaeologist is also a farmer and he runs his own museum full of artefacts he has found around his Jurassic Coast farm.

Dr Green found the unusual 'puppet' skeleton back in 2009.

The ancient teenage girl's body was uncovered in a turnip field.

Green explained: “This is an adolescent female and, when the bones were being cleaned and taken out of the grave, there were some very unusual aspects of them.”

In the documentary he points out what is referred to as a "drill hole" in the femur bone of the skeleton.

Two of the girl's leg bones have holes in them and Green thinks they were gouged out on purpose so the skeleton could be tied together.

Further analysis and scanning suggested the holes had been drilled out with a small tool.

The holes in the leg and arm bones indicate that someone tried to keep the body together as it decomposed.

Clive Anderson, the documentary's host, described the skeleton as “like a kind of human puppet”.

Anderson said that he was observing “at least rudimentary efforts to preserve a dead body because, presumably, the point of all this drilling was to keep the corpse intact”.

With no evidence of the potential material used to tie the body together, it's hard to definitely conclude what happened.

It's thought the girl died around the Bronze Age Britain, a time when some ancient humans are thought to have mummified their dead. 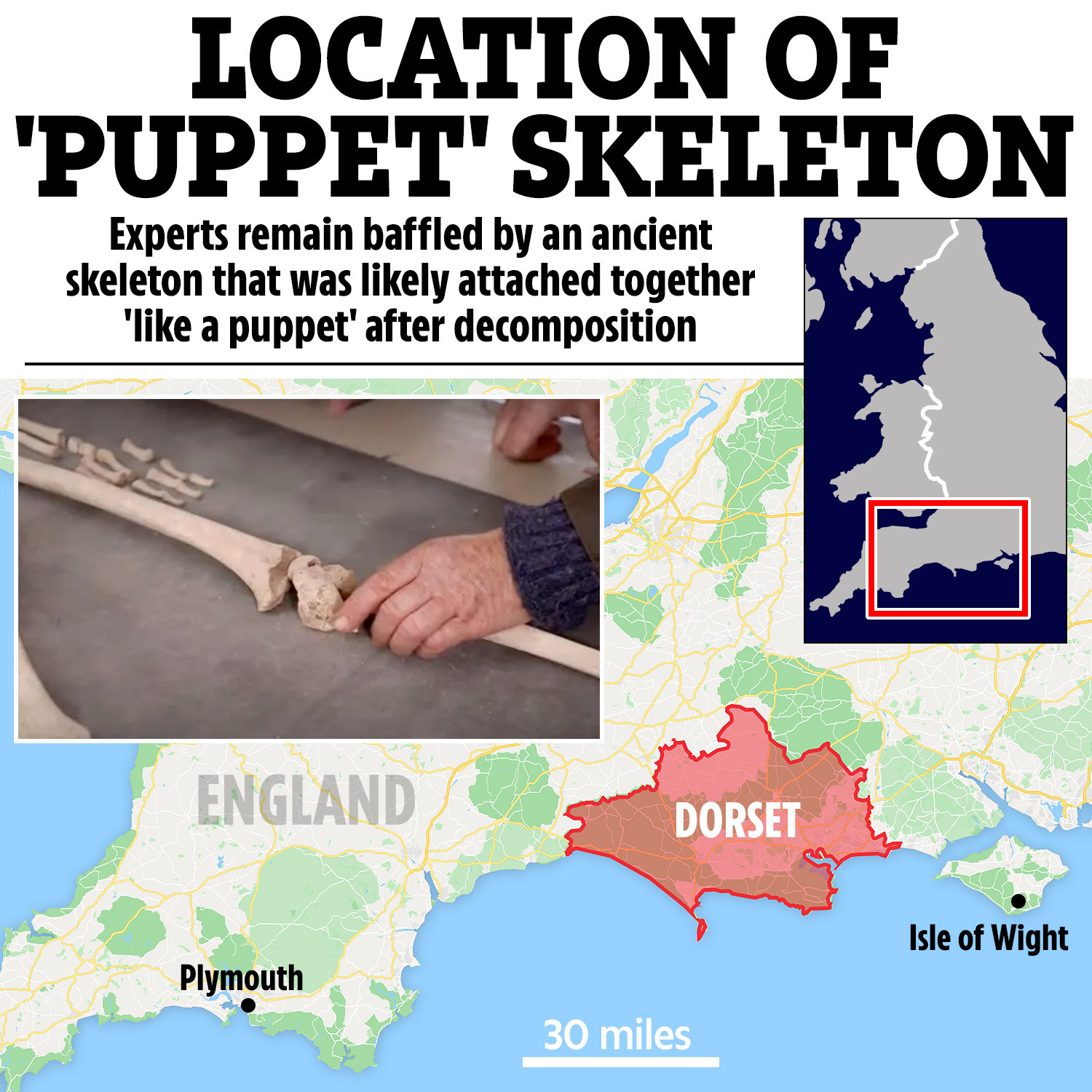 Find out more about science

Want to know more about the weird and wonderful world of science? From the Moon to the human body, we have you covered…

In other news, the elusive origins of an ancient tribe whose bodies were found perfectly preserved in a desert in China have finally been identified.

The wreck of a US ship that hunted Nazi spies and sailed the seas for 88 years has been found after a decades-long search.

Woolly mammoths were killed off by climate change and not humans, according to new research.

And, Vikings sailed to America as early as 1021, nearly 500 years before Christopher Columbus, ancient tree stumps have revealed.

We pay for your stories! Do you have a story for The Sun Online Tech & Science team? Email us at [email protected]

AstraZeneca vaccine doses in US should go to hard-hit countries, says business group