Moscow: Russia's state-owned Sputnik news agency says four of its journalists in Turkey have been released after questioning in connection with attacks on some of the journalists' residences. 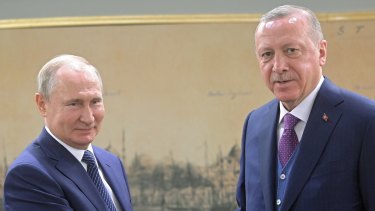 Sputnik, which operates news websites in about 30 languages, said angry mobs tried to break into the apartments of three staffers in the Turkish capital of Ankara on Saturday night, threatening violence and demanding they stop their work.

Sputnik said the assailants accused the journalists, who are Turkish citizens, of being Russian spies.

Sputnik said the journalists went to the police to report the attacks and the agency lost contact with them. Later, it said, investigators raided Sputnik's office and detained the bureau's editor-in-chief.

Turkish authorities have not commented on the matter.

'Boris will NOT quit': Stanley Johnson throws support behind son

Where is the Oxford AstraZeneca Covid vaccine made?