Hair-raising footage has captured a black bear chasing after a mountain biker as he pedals furiously downhill to escape.

The terrifying encounter was filmed from a chair lift at Whitefish in Montana.

The bike rider had been enjoying the beautiful mountain trails of the Rockies when the animal suddenly hurtled across the low bushes towards him.

Footage shows the bear running down the hillside as the biker crosses the top right of the shot.

As the mountain biker takes a bend in the trail the bear takes a short cut across the rough scrub and gains ground.

The video cuts off as the biker enters some dense woodland, the bear hot on his tail.

It is believed the chase took place last year at the ski resort but the video has only just been released by the Montana Knife Company. 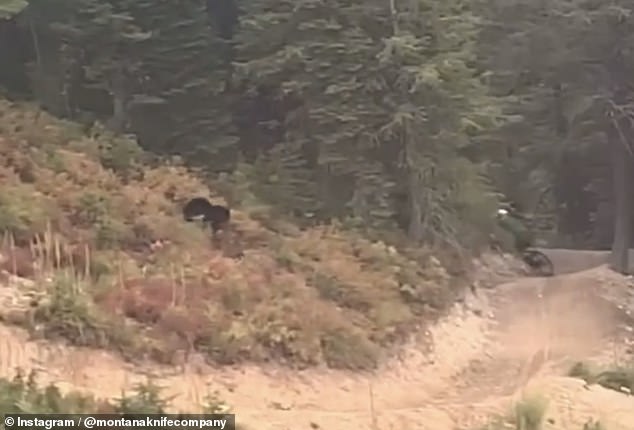 Hair-raising footage shows the moment a black bear chases after a mountain biker as he pedals downhill in a tense escape in Whitefish, Montana

A spokesperson for Montana Knife Company told TMZ: ‘This is why even bikers and hikers should be carrying out knives!’

They added that the cyclist did make it to safety after the video ended with the bear in mid chase.

‘Didn’t get the guy,’ the company said. 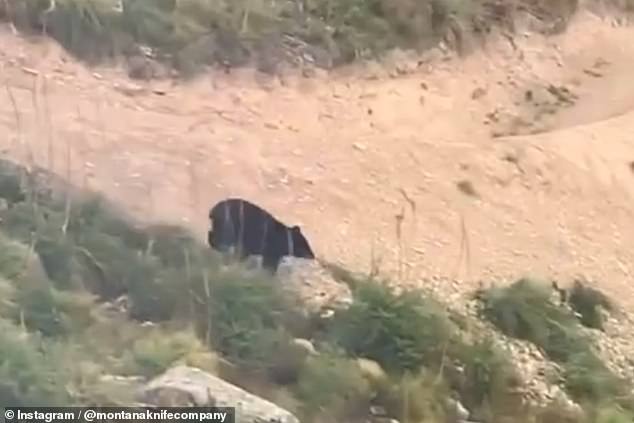 Seen from a chairlift above, the bear rapidly stomps down the steep hillside towards the cyclist who is just out of frame 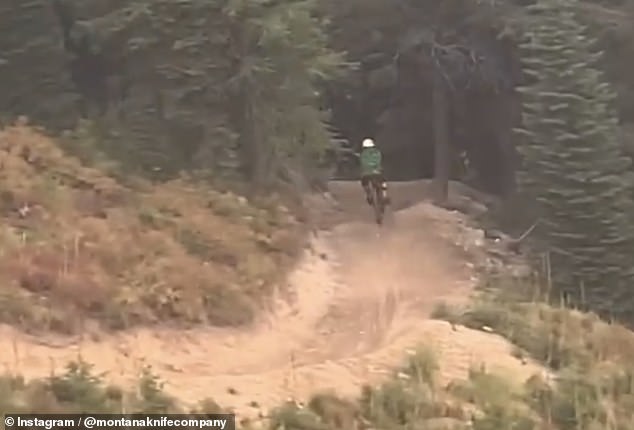 The video cuts off as the biker enters some dense woodland, the bear hot on his tail

Attacks by bears on humans are not uncommon in northern states and last year a 60-year-old was left critically injured by a grizzly while out mountain biking in Ousel Falls Park near Big Sky, Montana.

The victim was able to walk to the South Fork Road and flag down a passing motorist for help, and was airlifted to a hospital with injuries to his face and back.

Only last week a bear mauled a Montana man, causing him severe injuries near a campground just west of Yellowstone National Park.

The victim, a West Yellowstone resident, was able to call 911 following the mauling and was found following an off-trail search.

The world needs ‘hunter-gatherers of goodness’