THE Black activist who claimed he was nearly lynched by a mob of white men in a park revealed that he was left concussed and had his hair ripped out during the attack.

Vauhxx Rush Booker revealed on Tuesday he was diagnosed with a "minor concussion", bruising, and had patches of hair ripped out during the assault on July 4 in Indiana. 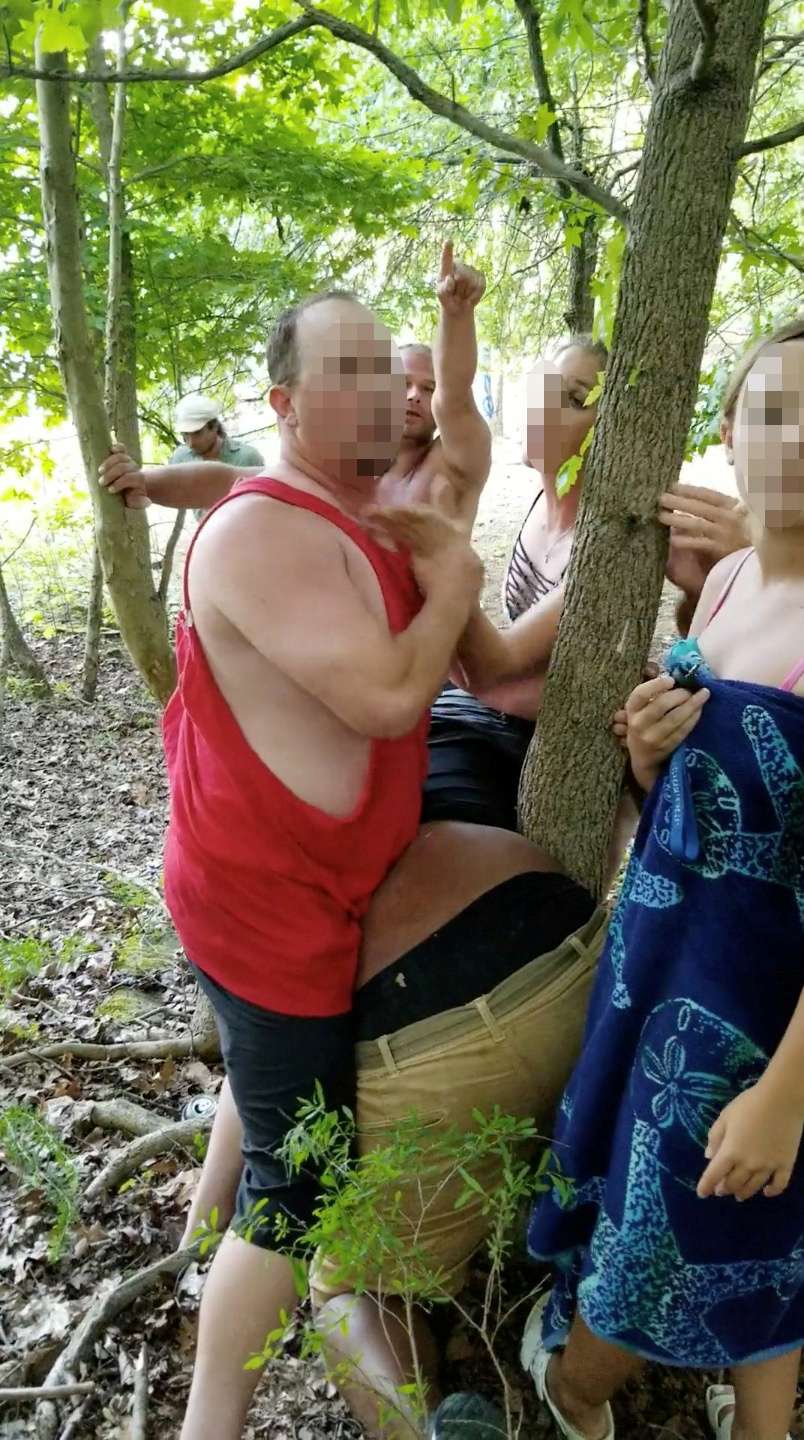 The 36-year-old also said the attack by the group of white men left him with cuts and bruises.

"How many Black people had the same surreal and terrifying experience of strangers talking about their own murders in front of them, who then didn't live to see another day?" Booker wrote in a July 5 Facebook post that included video clips of his assault in Lake Monroe Park.

The FBI confirmed to the New York Times on Wednesday that the agency is investigating the violent confrontation in Bloomington.

A spokesman for the Indiana Department of Natural Resources, which manages Lake Monroe, also confirmed to the Times they're also investigating.

No arrests have been made, and an incident report wasn't immediately made available, according to the Times.

Booker and his friends planned to watch the lunar eclipse at Lake Monroe on Independence Day when a seemingly drunk man wearing "an oversized hat with Confederate flag print" approached them.

The man then began to follow them in an ATV, claiming they were on private property moments before Booker was mobbed. 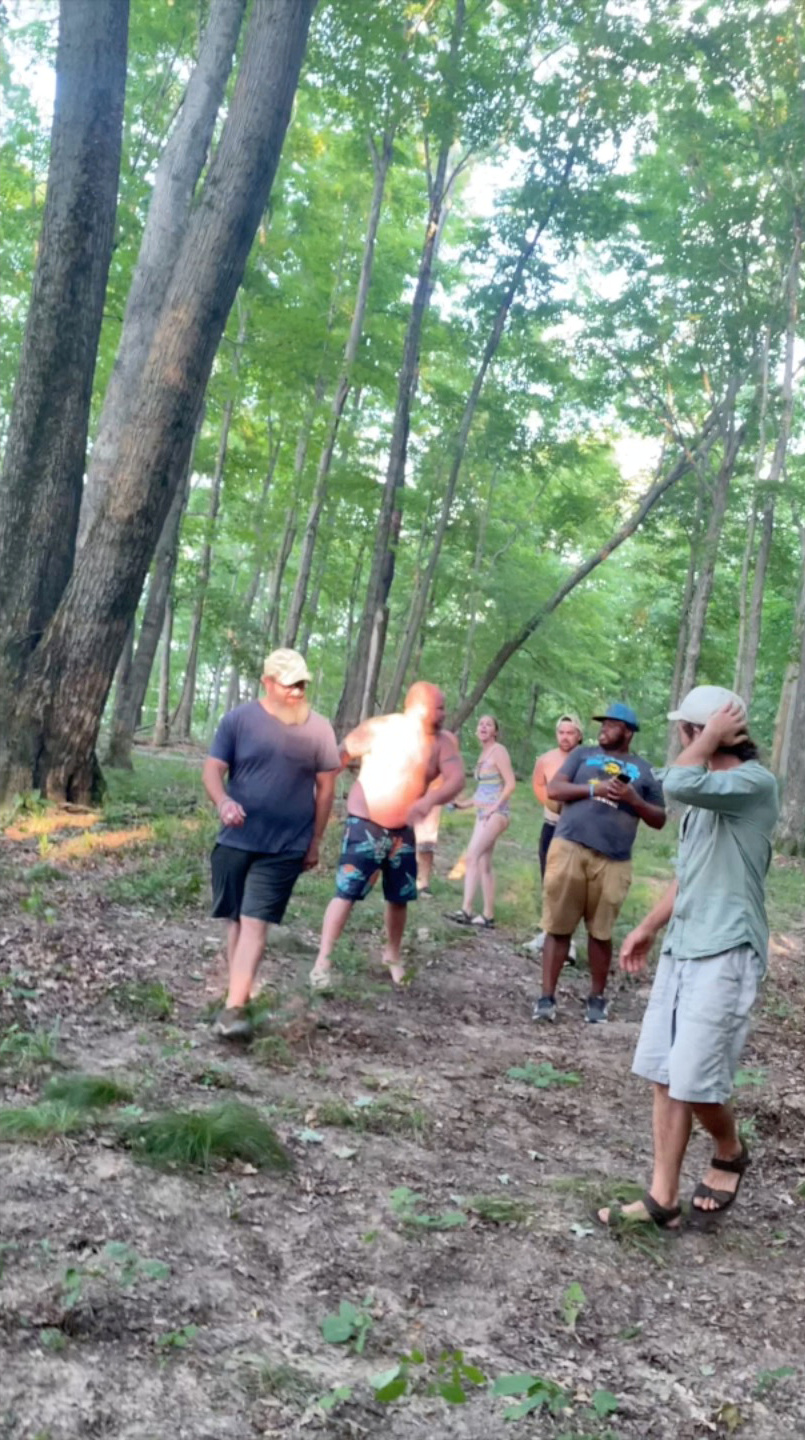 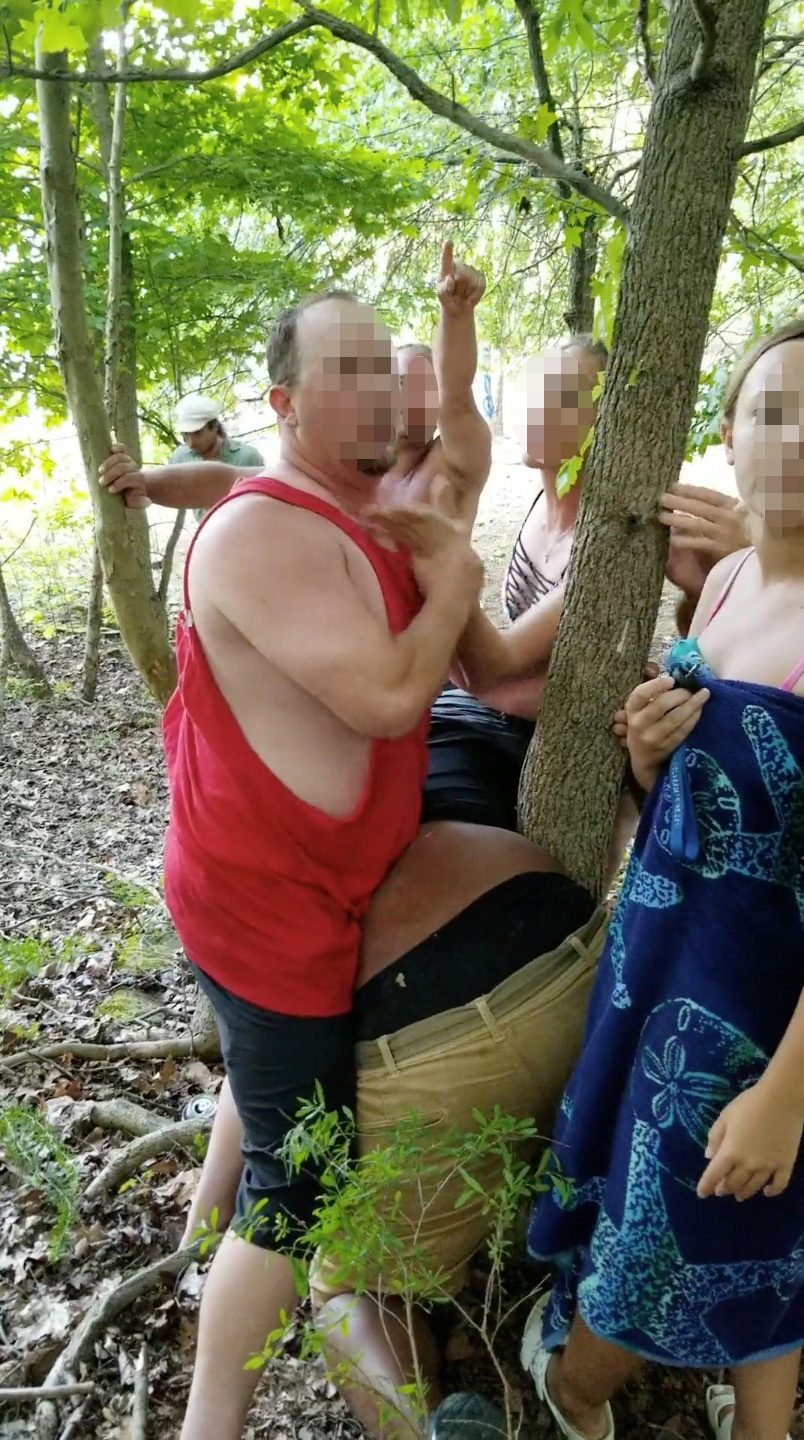 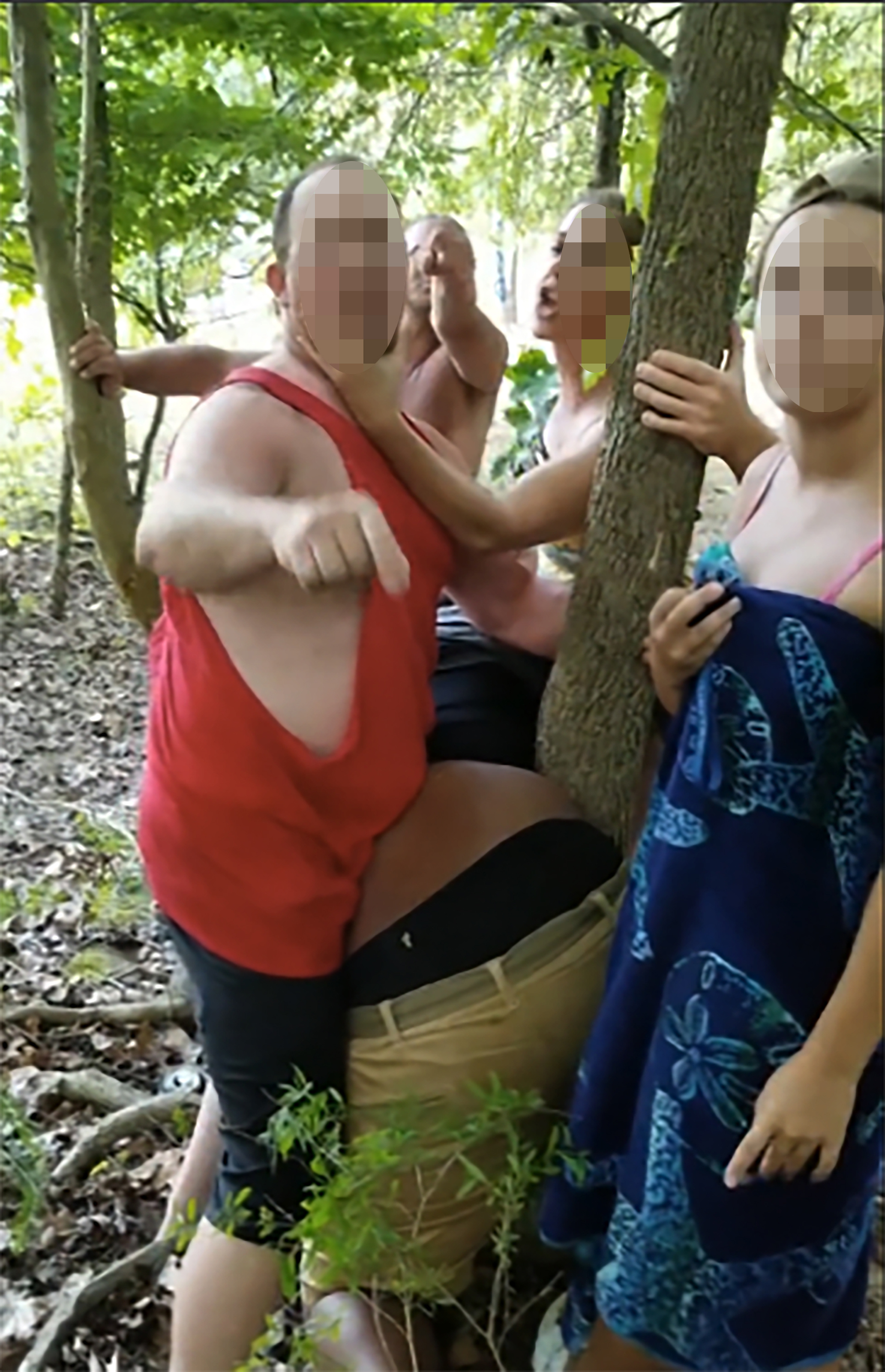 Disturbing footage Booker shared in his Facebook post shows at least two men pinning him against a tree in a wooded area as a woman attempts to de-escalate the situation.

"Two of them jumped me from behind and knocked me to the ground," he wrote.

"They dragged my pinning my body against a tree as they began pounding on my head and ripped off some of my hair, with several of them still on top of my body holding me down."

Booker claimed he heard one of the men say "get a noose" before the men jumped on him.

"At one point during the attack one of the men jumped on my neck. I could feel both his feet and his full bodyweight land hard against my neck," he said.

Bystanders noticed the commotion after the teenage daughter of one of the men began shouting at her father to let him go.

Booker told CBS days after the attack that it felt as if he was hearing his own death narrated while it was happening. 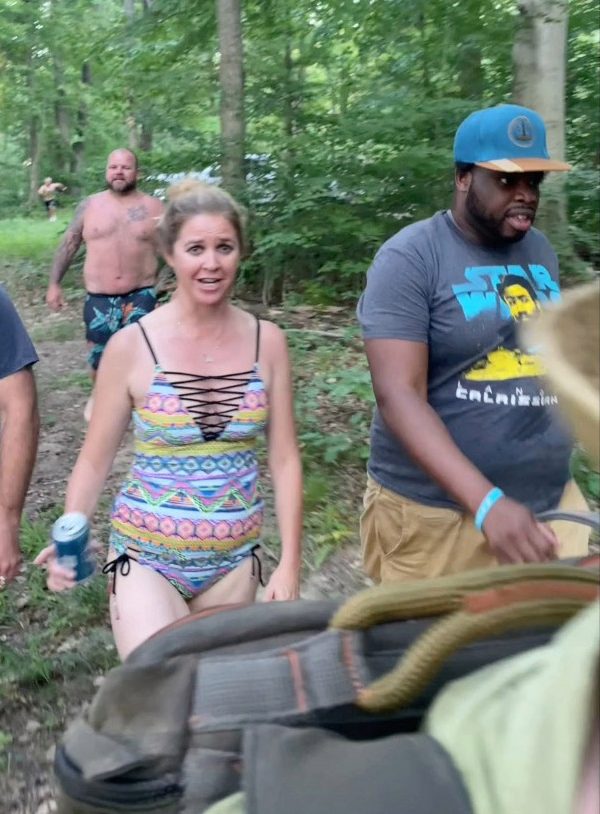 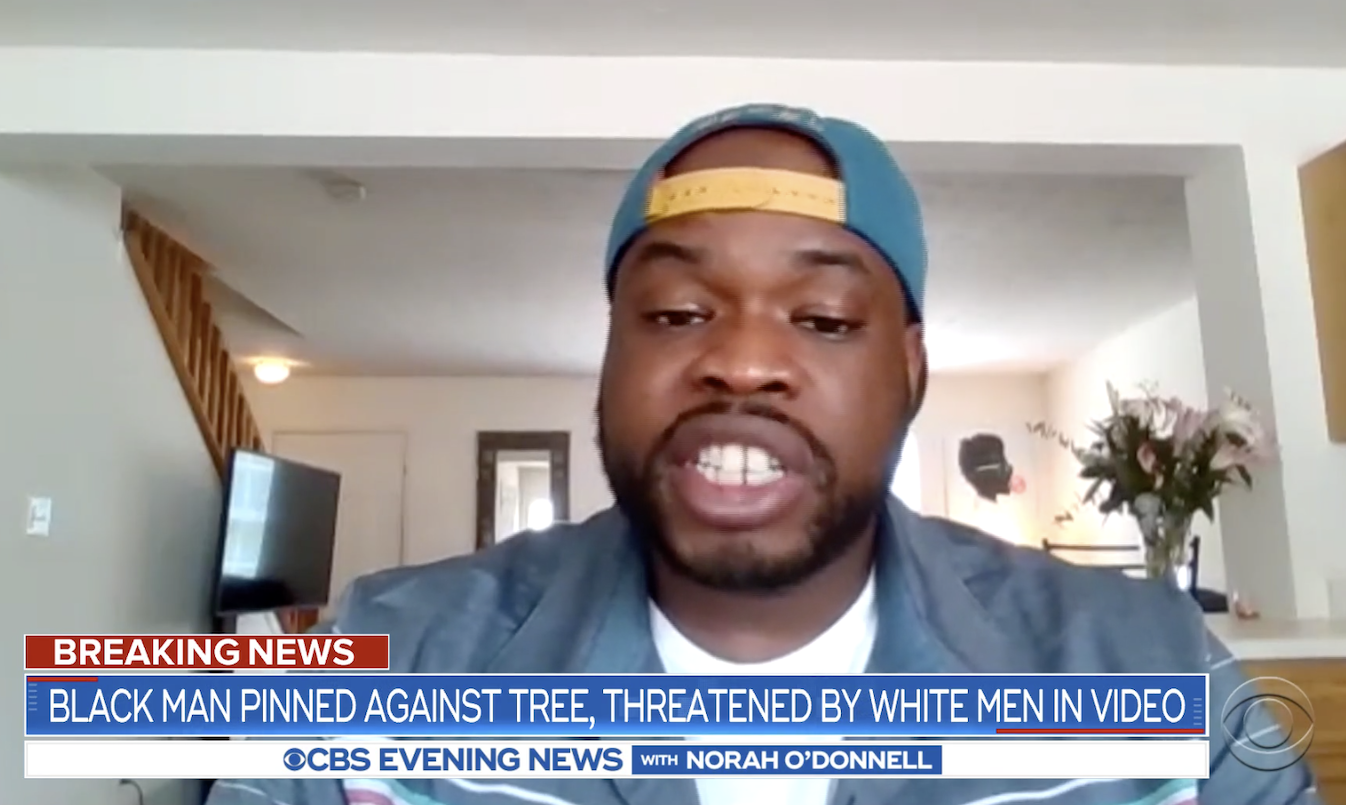 The attack on Booker spurred protests in Bloomington, during which two Black Lives Matter protesters were injured after a 66-year-old woman mowed them down with her car.

Christi Bennett was filmed plowing through the protesters at a rally in support of Booker on Monday night.

Cops arrested Bennett late Wednesday night and charged with criminal recklessness, but she was later released after posting surety and bail. 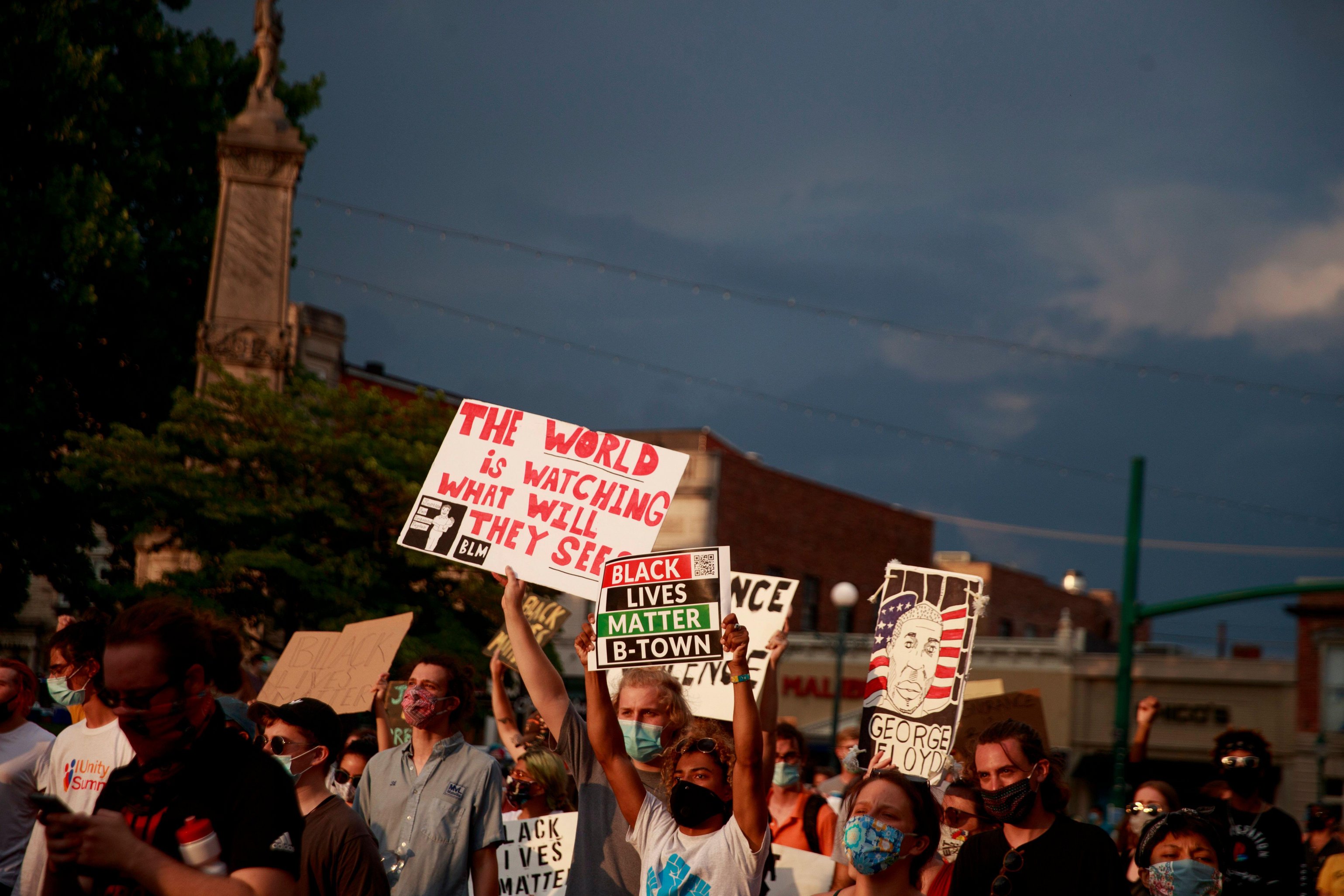 Matt Hancock to announce today at 11.30am which tough new lockdown tier YOUR area falls in