A thug who spat at a police officer after threatening to infect her with coronavirus has been jailed for 26 weeks.

Drunken Mott lost his temper when the sergeant told him to back away when he came towards her on Tuesday in Blackburn, Lancs. 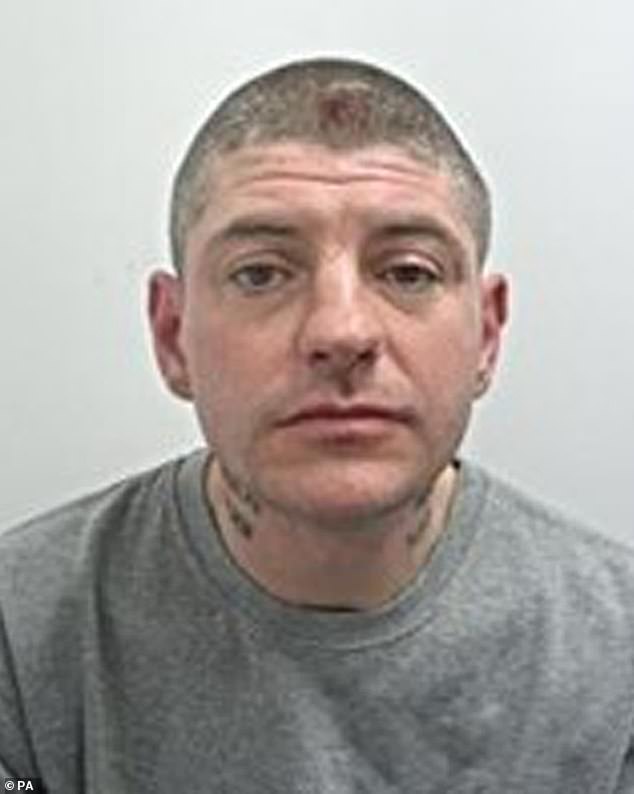 David Mott, 40, also coughed at police sergeant Linda Haywood after telling him off for breaking new social distance rules in Blackburn on Tuesday

Sgt Haywood said: “The utter contempt he showed toward me both as a police officer and a fellow human being disgusts me.”

She added: “We as police officers are here to protect the public and should not be exposed to unnecessary risks in doing so by mindless acts such as Mr Mott displayed.”

Mott was with two other people when he was challenged by police.

Cops stopped a taxi that Mott was travelling in with two others.

He then would not back away when challenged by Sgt Haywood.

Prosecutor Peter Bardsley said: ‘He said he wasn’t moving away and if she tried to do anythaing he would just cough and spit at her. 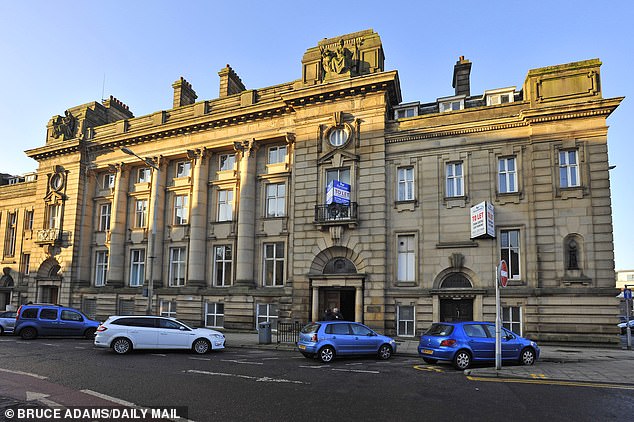 Blackburn Magistrates Court heard PS Haywood was forced to pepper spray Mott as he continued to move toward her, coughing and spitting in her direction

‘He then proceeded to do just that and she was forced to pepper-spray him. She then pushed him away.

‘He was clearly aware that Covid-19 was transmitted by coughing and spitting and put the officer in fear for her personal safety.’

The Crown Prosecution Service has warned that it would prosecute anyone who coughs on emergency services in the current crisis and face up to a year in jail.

He appeared at Barkingside Mags on Wednesday.