It was Blue Peter’s golden era, when star presenters jetted off to far-flung locations to give youngsters a glimpse of the wider world.

Peter Purves now blames those jaunts for the skin cancer he has spent six years battling.

The veteran television host, a member of the clean-cut presenting team which helped draw millions of young viewers during the BBC show’s heyday, has revealed his fight against an aggressive form of the disease.

The 81-year-old said it was the result of travel to exotic destinations such as Ivory Coast and Ethiopia in an era when warnings about sun damage were rare.

After being diagnosed with melanoma in 2014, he got the all-clear eight months ago. 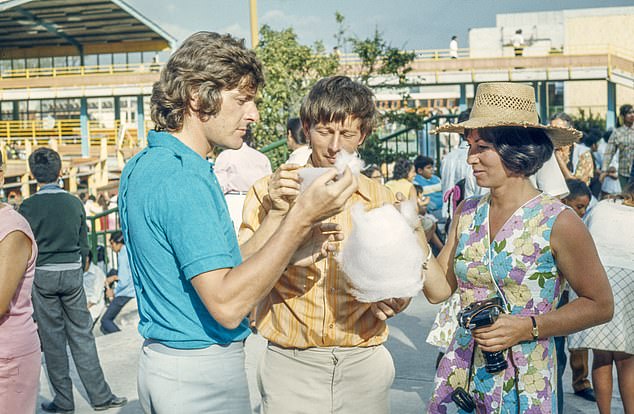 He told The Mail on Sunday: ‘I travelled to 27 countries with Blue Peter in the 1960s and early 70s. We were going to places like Morocco on safari in a Land Rover, to where David Lean filmed Lawrence Of Arabia, very remote.

‘I went to the Ivory Coast, to Ethiopia and Mexico at a time when very few people travelled.

‘We had medical checks at the BBC before we went and we were given salt and malaria tablets so none of us suffered from the local diseases. But I would put oil on my skin and fried myself, which is probably why I eventually ended up with melanoma. I either fried it or I didn’t protect my skin at all. It was just stupid.

‘The doctors asked me what my background was. I told them and they just nodded. I hadn’t even heard of skin cancer back then. It takes time and eventually it shows itself.’ The disease can result from DNA damage caused by the sun’s UV rays. It may occur in the first few years after exposure, but cases can also develop from sun damage that happened decades earlier. 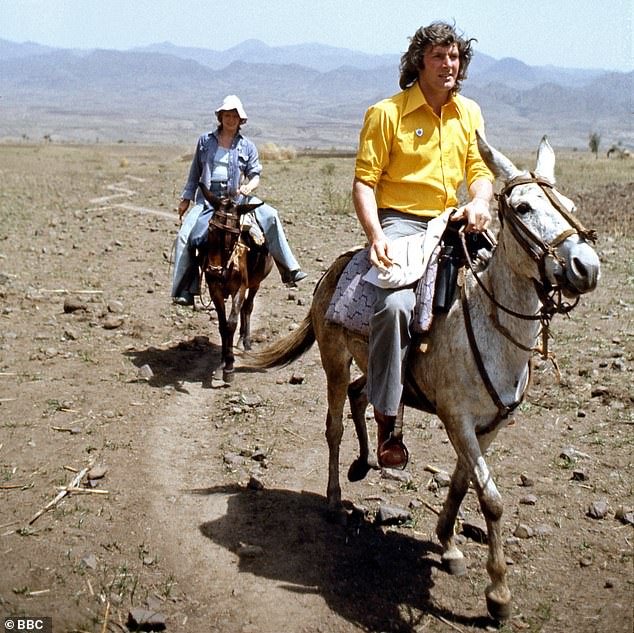 Melanoma kills about 2,500 Britons every year. Speaking about his diagnosis, father-of-two Purves said: ‘It was a bit of a shock. They cut it out and got rid of it. They knew the cancer was moving to the lymph nodes so they took them out too. The NHS handled it the right way. I had lymphoma afterwards because of having the lymph nodes removed. That caused problems for a few months.

‘My wife was very worried and I’m sure my children and my sister were. We all were, but I came through it. You’re vulnerable, but I think I’m in reasonably good nick for an old ’un.’

He added: ‘I had a brilliant surgeon. He did a brilliant job. I can’t praise the medical staff enough. They were fantastic.’ 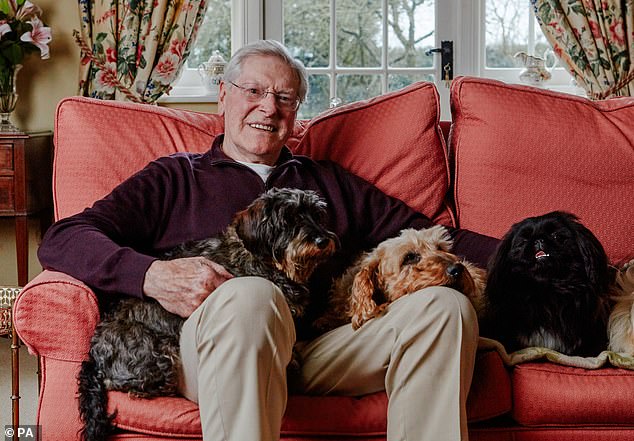 Despite his health scare, Purves said he has no plans to retire from a career that began in 1965 when he co-starred opposite Bill Hartnell in Doctor Who

Despite his health scare, Purves said he has no plans to retire from a career that began in 1965 when he co-starred opposite Bill Hartnell in Doctor Who.

Two years later he became a regular on Blue Peter, working with John Noakes, Valerie Singleton and Lesley Judd. He stayed with the show until 1978.

A lifetime animal-lover, Purves also spent 41 years as the ‘voice of Crufts’ before Channel 4 unceremoniously axed him in December, a decision he criticised as ‘ageism’.

Now cancer-free, he has been asked by the Kennel Club to return to Crufts this week to present the Best In Show award. ‘I’m delighted because I love being at Crufts and meeting everyone,’ he said.

Was there a medical helicopter crash in Delaware County, Pennsylvania?