Boris Johnson has claimed he couldn’t visit areas that have been under water for 19 days because he’d hamper the emergency services.

As the Prime Minister continues to face criticism for not visiting swathes of the country hit by flooding, This Morning presenter Philip Schofield joked that people could be forgiven for thinking he’d self-isolated amid the coronavirus crisis.

The presenter said: ‘People thought you’d put yourself into self-isolation because there are many people watching this who are out of their home. Their houses are completely flooded and you weren’t anywhere to be seen – where were you?’

Mr Johnson said he was focusing on practical support for those affected and claimed that the emergency services has suggested he stay away.

‘What we have been doing is homewners get the support that they need,’ he said, before adding: ‘I am very proud of the work the emergency services do.

‘They said to us when you go to a flood everyone has to down tools, they all meet for an hour or more to brief you, when they could be getting on with the emergency

‘They said to us is all you will do is distract us, and helping people with their immediate crisis.

‘I was directing operations, getting money they are entitled to, plus that we get the flood defences, we are putting £4billion into flood defences.’ 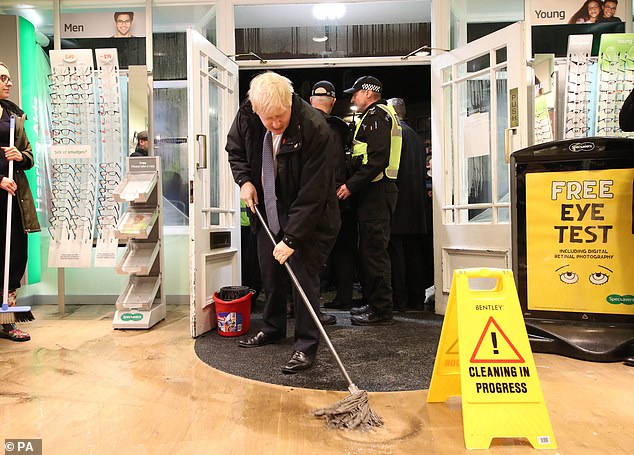 Prime Minister Boris Johnson helps with the clean up at an opticians as he visits Matlock, Derbyshire to view the effects of the flooding in November 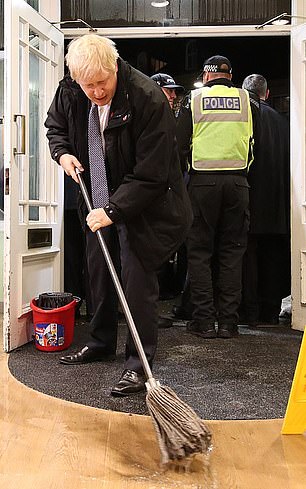 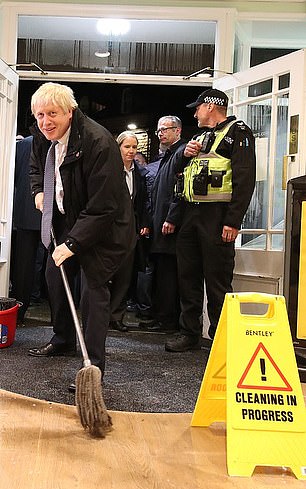 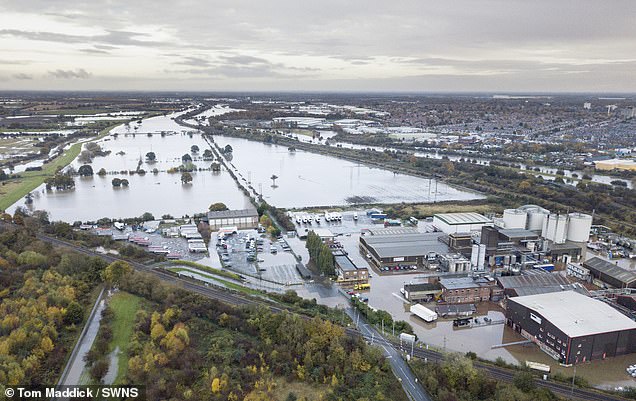 Yorkshire and the Midlands were the worst affected areas by the flooding, with Doncaster particularly badly hit in November