AN 11-year-old boy died in agony after a "competent" A&E doctor misdiagnosed bowel failure as constipation.

Dr Aine Mullen, 35, wrongly diagnosed Stephen McElroy as having constipation and gave him laxative after the youngster was admitted to hospital with severe stomach pain. 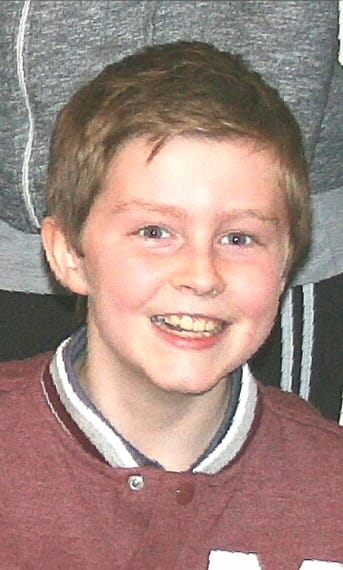 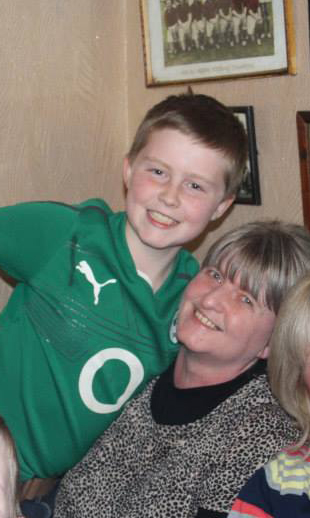 But just six hours after being discharged, Stephen was rushed back to A&E after his condition deteriorated dramatically.

His parents noticed his lips and hands had gone purple and his eyes were ''sunken in his head.''

The schoolboy, from Ballyward, Northern Ireland, died the following day despite attempts to revive him.

Test showed he had suffered a severe bowel obstruction and he could have survived had Dr Mullen sent him for an x-ray.

However, regulators have now decided Dr Mullen is to keep her NHS job after she was hailed as a “competent and dedicated medical practitioner”.

At the Medical Practitioners Tribunal Service, in Manchester, it emerged the mum-of-one had only graduated from school five years earlier and had only 12 month's experience working in an emergency department.

Mullen, a locum Middle Grade doctor, faced career ruin after being found guilty of serious misconduct but she escaped with a three month suspension from medical practice after a disciplinary panel said she did not pose a risk to patients.

She admitted she had provided ''substandard care'' and had since highlighted her role in the tragedy to help train junior colleagues.

The tragedy occurred after Stephen was admitted to Daisy Hill Hospital in Newry in 2015 after complaining to his mother Patricia about having a ''very sore stomach'' and being physically sick.

During the car journey to A&E the youngster was in so much pain he asked his mother ''to go slowly over the ramps as the bumping was hurting'' him.

Dr Mullen then mistakenly made a diagnosis of constipation without requesting an abdominal x-ray which could have detected the bowel obstruction and she failed to ask for a second opinion.

Instead Mullen sent Stephen home, advised him to rest and take sachets of Movicol.

But soon after they arrived home, Stephen was physically sick after consuming a sachet of the laxative and his mother rang Mullen for advice at 8am.

But at 11am the boy's condition worsened and he was rushed back to A&E where he collapsed.

"The overall standard of care she provided fell seriously below the level expected of a locum Middle Grade doctor in emergency medicine. She brought the profession into disrepute and provided information to the inquest that was misleading.

Mullen's lawyer Simon Cridland said: "Dr Mullen has accepted her failings and accepted that she had got it wrong. It is plain she has been profoundly affected by these events."

In suspending Mullen, tribunal chairman Margaret Obi said: "She has shown genuine remorse, has acknowledged her wrongdoing and that her remediation has been comprehensive.

"The Tribunal also considered, based on the testimonial evidence, that Dr Mullen is a competent and dedicated medical practitioner."