Home » World News » Boy, 4, fighting for life with head injuries after 20ft fall when he grabbed escalator handrail at a shopping centre

A BOY is fighting for his life with head injuries after falling 20 feet from the outside of a shopping mall escalator.

The four-year-old grabbed onto the handrail of the escalator at the Global City mall in Moscow while his parents weren't watching. 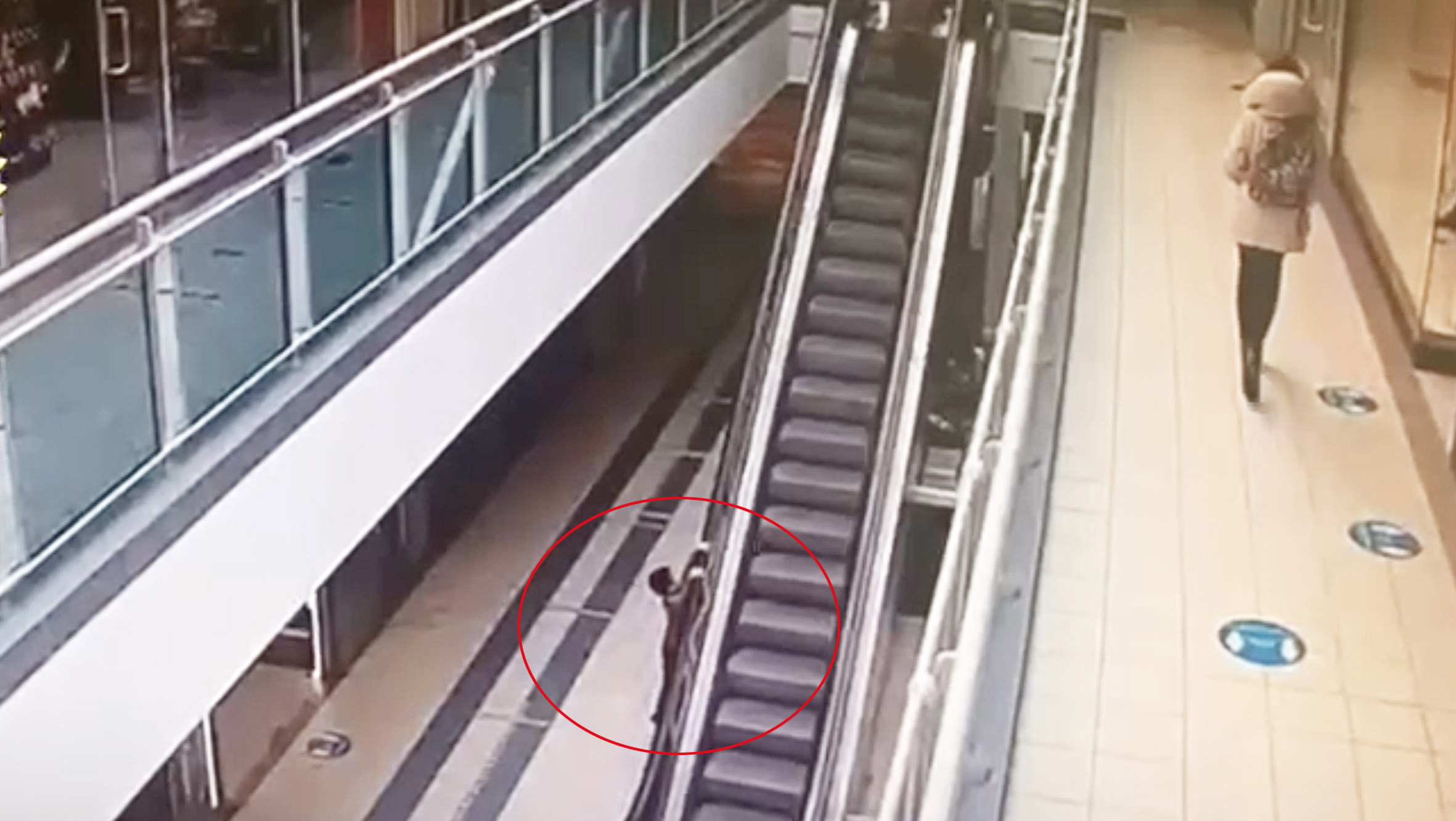 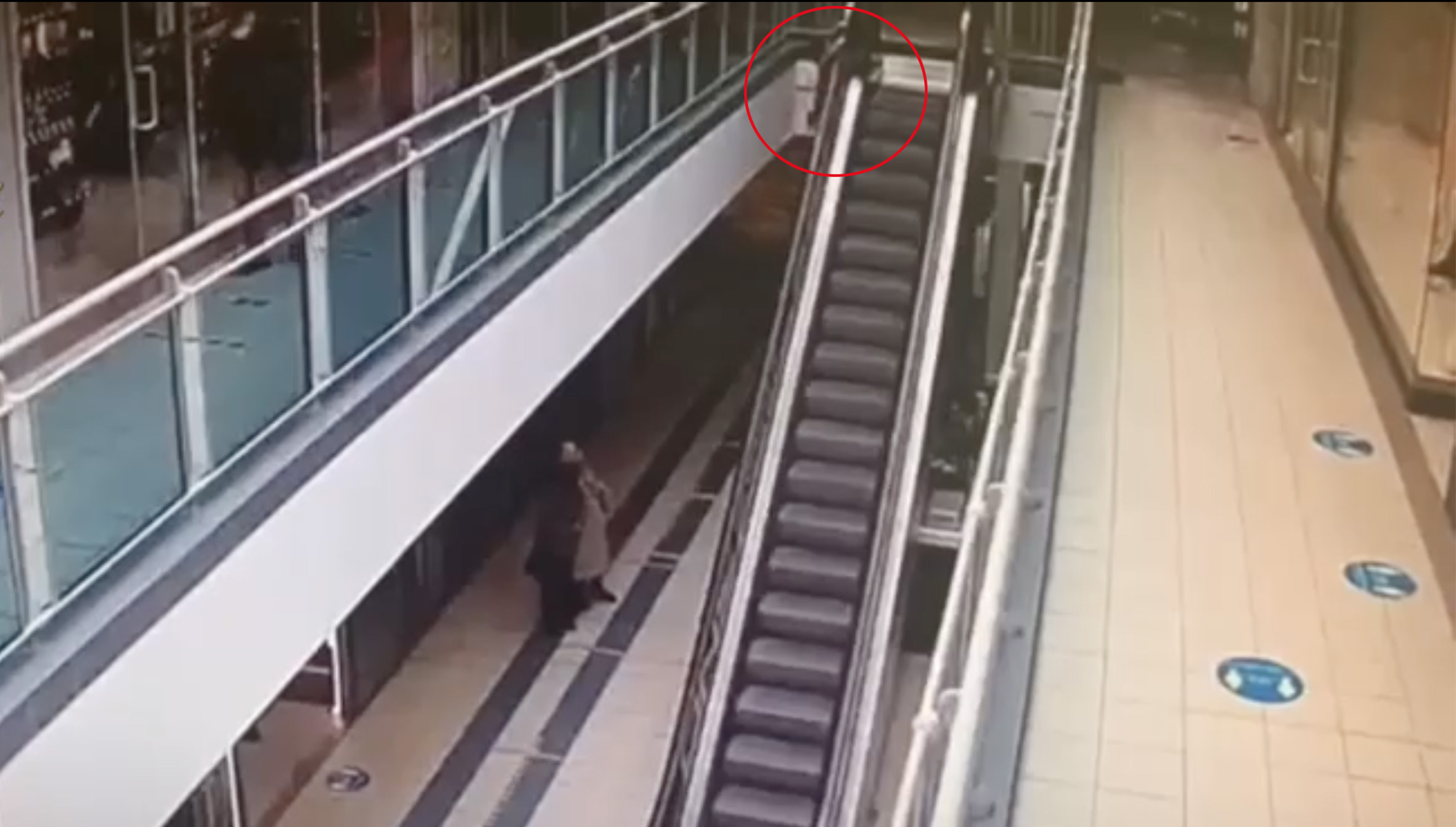 A video shows two women shoppers standing and watching in horror as the as the escalator carried the boy from the ground to the first floor.

With no way to get to safety, the boy fell 20ft and crashed onto the counter of a cafe under the escalator, sustaining head and chest injuries.

Another woman – believed to be the boy’s mother – rushed towards the place where the stricken child fell.

A source at the mall told Moskovsky Komsomolets: “Taking advantage of the lack of attention from his parents, the child ran up to the escalator leading from the ground to the first floor.

“Grasping the outer side of the escalator's rubber rail with his hands, he climbed to the first floor level, where he fell onto the counter of a coffee shop, suffering injuries.”

Moskovsky Komsomolets reports that the boy is in intensive care where he’s being treated for an open head injury, a skull fracture of the skull, a chest injury and bruising of the lungs.

Police are currently piecing together and eyewitnesses along with his parents are being quizzed and they could face legal action, says the paper.

Yulia Ivanova, an official from the Russian Investigative Committee, said the authorities are “conducting an initial enquiry into the case”. 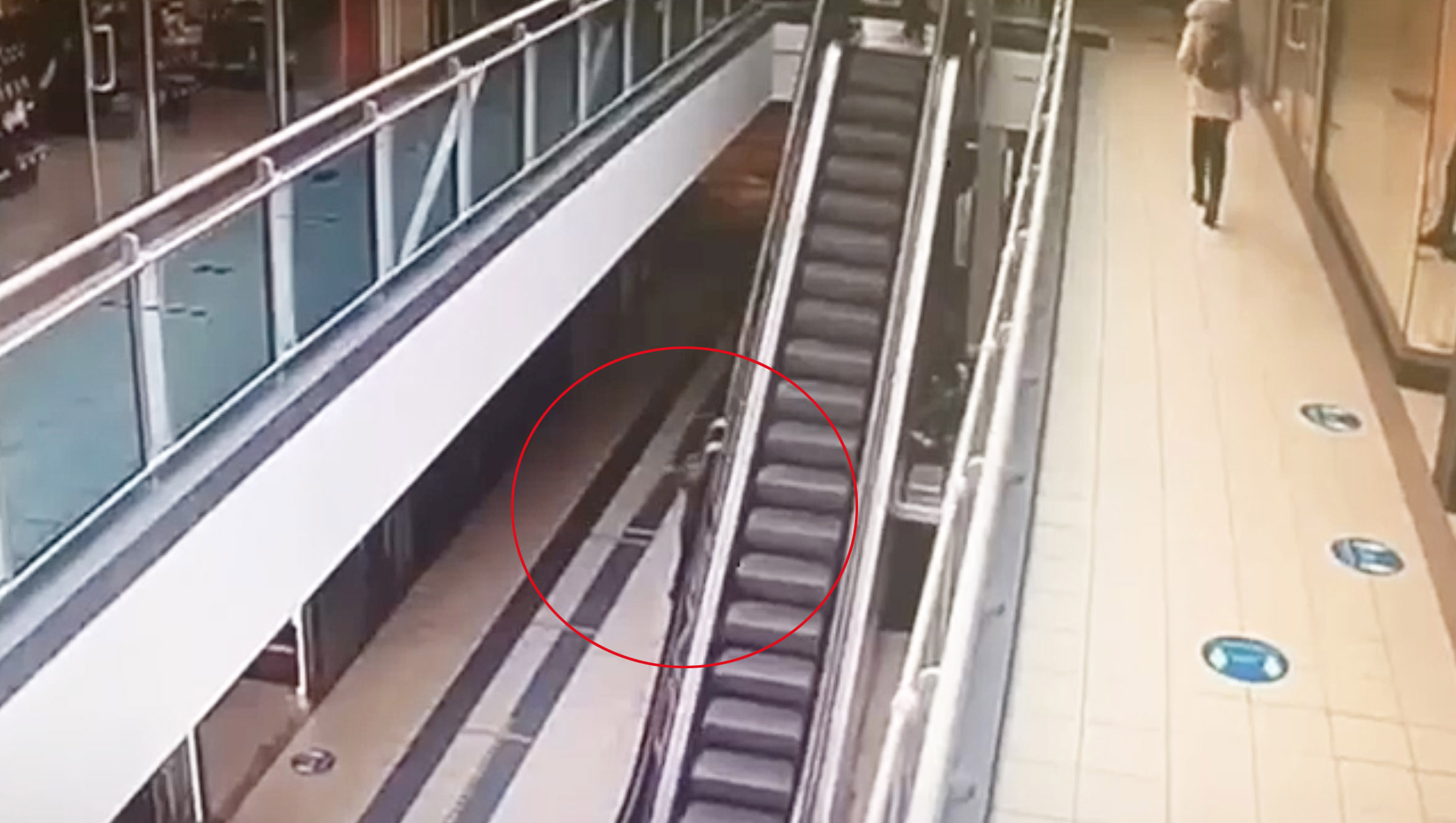 Body is found in hunt for woman, 42, who took taxi to Beachy Head

Pennsylvania home EXPLODES after fight with a code enforcement officer