A Cafe Rouge kitchen worker is suing the French bistro chain for £100,000 after claiming a cut finger he suffered while slicing a baguette has left him ‘traumatised’.

Yann Boudjenah, 33, says he cut himself while slicing bread at the Bromley branch of the restaurant group on Christmas Eve 2015.

He claims the injury in the busy kitchen had a deep psychological impact on him and that he is now unable to work.

Judge Richard Roberts at Central London County Court heard that Mr Boudjenah says he now has a shaky hand because of the ‘psychological effects’ of the cut. 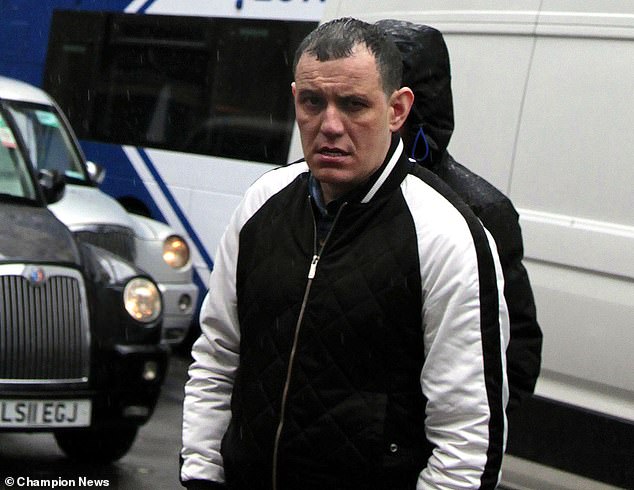 Yann Boudjenah, 33, pictured outside court, says he cut himself while slicing bread at the Bromley branch of the restaurant group on Christmas Eve 2015

Lawyers for the kitchen worker claim the accident happened because the kitchen was ‘understaffed’ and that ‘there was no safe system of work’ in place.

But Cafe Rouge Restaurants, which has 70 branches nationwide, denies the accident took place as described by Mr Boudjenah and disputes its alleged impact on him.

Barrister, Maurice Holmes, told the judge the company had been expecting to defend a claim of less than £10,000 for a minor cut and had been shocked when presented with a loss of earnings claim for £96,000, plus general damages, by Mr Boudjenah’s lawyers.

They would ‘have to go back to the beginning’ to prepare a defence against a £100,000 claim for serious psychiatric injury, in a case where Mr Boudjenah is ‘now not working,’ he added.

He said the basis of Mr Boudjenah’s claim was that the kitchen was short-staffed on the night he was cut and ‘there was no safe system of work’ in place.

But he said the understaffing allegation would not be a valid route to a payout unless it was ‘so dangerously short-staffed that it was causative of the injury.’

And he denied that the restaurant was short-staffed at all, adding: ‘There were five, if not six, people working in the kitchen, which is what is normal.’ 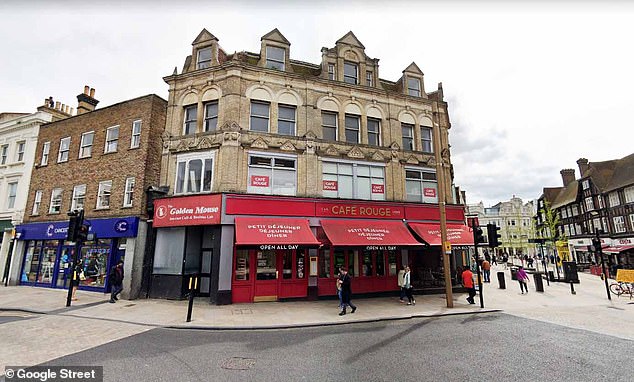 Yann Boudjenah, 33, says he cut himself while slicing bread at the Bromley branch (pictured) of the restaurant group on Christmas Eve 2015

He also told the judge that the restaurant chain disputes his account of how he was injured, saying there was evidence of a ‘fight’ having taken place involving Mr Boudjenah and another member of kitchen staff.

‘There are two polar opposite accounts of what happened in that kitchen,’ he said.

‘Either he cut his hand innocently using a breadknife, or there was some sort of fight or commotion.

‘They can’t both be true. If it turns out that they were fighting, that is the end of this case.’

He told the judge Cafe Rouge Restaurants would be exploring the question of ‘fundamental dishonesty’ on the part of Mr Boudjenah in their defence to his claim.

The case had been set for trial, but was adjourned after the judge was told that Mr Boudjenah’s English is not good enough to give evidence unassisted and he didn’t have an interpreter.

Mr Holmes asked for the claim to be struck out, but lawyers for Mr Boudjenah asked for an adjournment, saying as well as securing an interpreter they would be commissioning a report from a consultant psychologist on the effects of the accident and his shaky hand.

Adjourning the trial to a later date, the judge said: ‘Mr Boudjenah says he has a tremor in his hand. He says it is not typical and is related to the psychological effects of the incident.

‘It is clear this trial can’t go ahead today. Mr Boudjenah has insufficient understanding of English to be able to give evidence.

‘It would not be just or proportionate at this stage to strike the claim out. I order that this claim be adjourned.’

The case will now come back for trial at a later date yet to be set.