Home » World News » Can I go outside my home, to work or out to get food? What UK coronavirus lockdown means for you

They will have a huge impact on how we live our lives for at least the next three weeks – and possibly even longer. 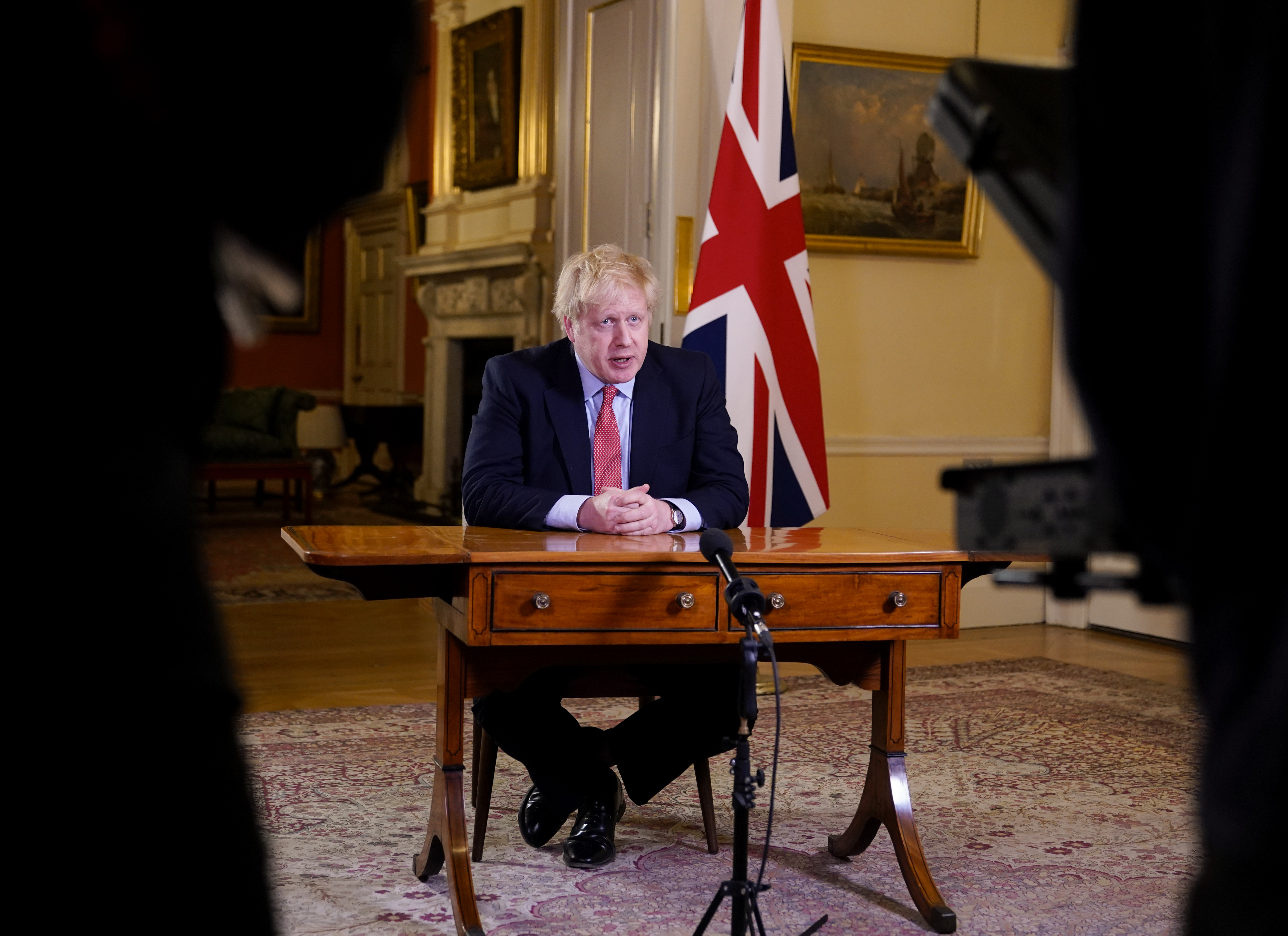 Anyone who doesn't obey the rules faces a fine, too.

The PM’s order will last for an initial three weeks, when it will be reviewed to see whether the contagion rate is down.

The draconian measures which will change every aspect of Brits' lives included:

Here's everything you need to know about the new rules, which will come into play at midnight tonight (Tuesday morning).

Q. Will I need an ID or proof of what I'm doing outside of my home?

A. It’s not yet clear. In France and other countries where similar lockdown are enforce people have to carry out forms detailing why they are out of the house.

The PM didn't mention this in his press statement.

He said that Brits will ONLY be allowed out of the home for exercise once a day, to work if they have to, to buy shopping or medicine, or going to a medical appointment.

Q. Can the police arrest me or fine me?

A. Yes. On Thursday police will have the power to fine you and even force you into self-isolation if they suspect you from being ill.

New fines are also set to be put in place of £30 for refusing to obey the new measures to stay indoors.

Q. Can I have a picnic in the park?

A. No. Gatherings of more than two people outside of a household have been banned.

You will be able to jog, go for a walk or bike-ride in a park once a day.

You won't be able to go to the playground or a public gym, however, as these will be shut down. 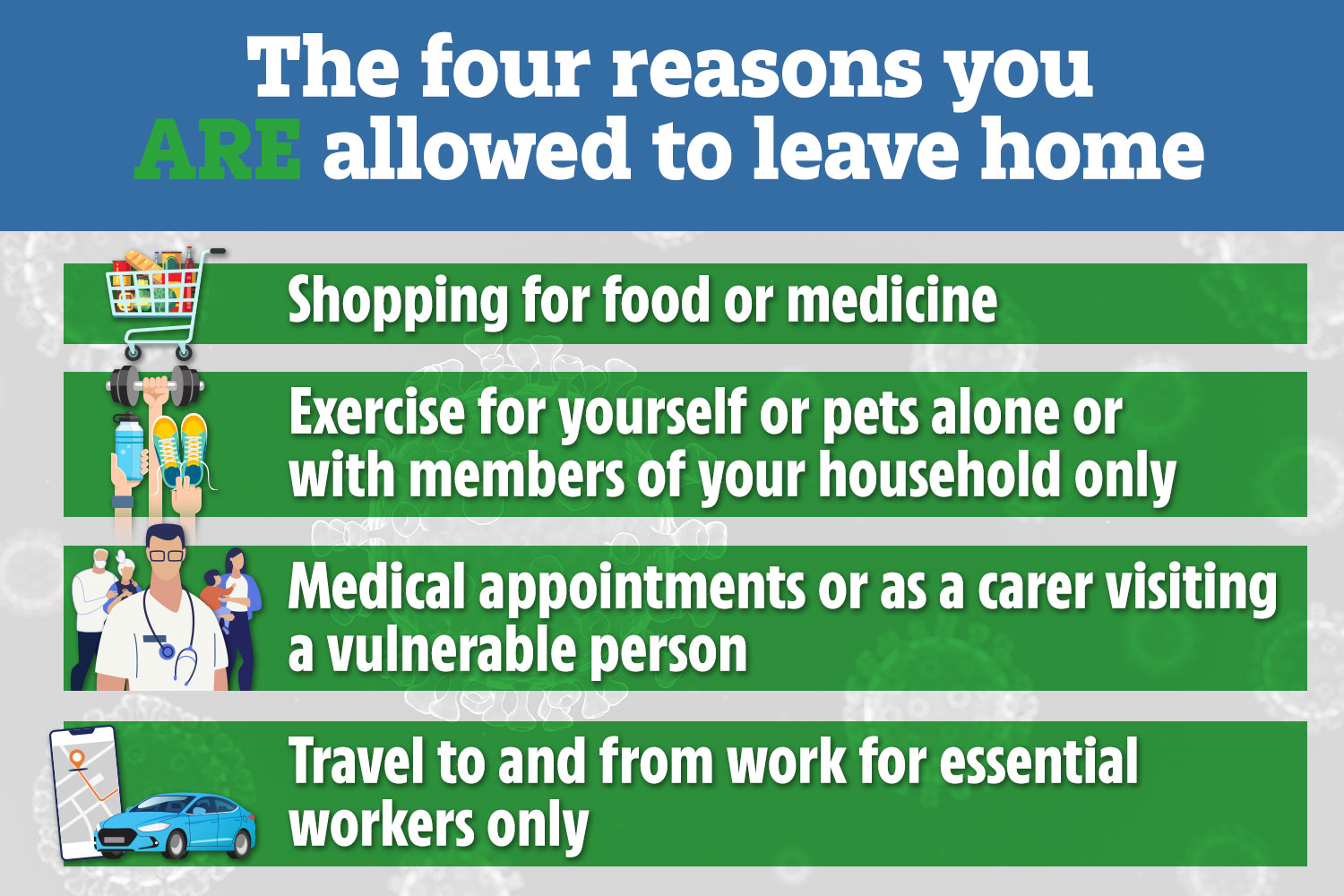 A. You will be allowed out once a day to get “basic necessities” like food and medicine.

All other non-essential shops will be shut anyway.

Food deliveries and other online shopping will go ahead as normal, Boris said tonight.

A. Yes but only if it is absolutely essential and the work cannot be done at home.

Key workers are still allowed to carry on because their work is vital to the running of the country.

Travel on roads, trains and buses was also banned, unless it’s essential to get to work.