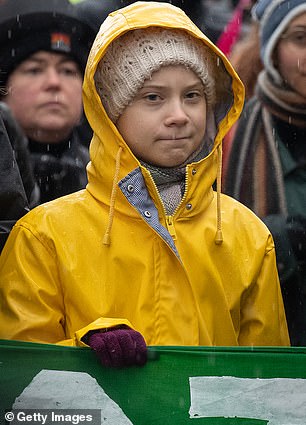 A sick cartoon depicting the rape of 17-year-old climate activist Greta Thunberg has sparked outrage at a Canadian oil company where employees are circulating helmet decal bearing the image.

Alberta-based X-Site Energy Services’ logo is plastered on a sticker – which MailOnline is refusing to show – that shows a silhouette of female marked ‘Greta’.

The firm has denied circulated the image on social media, but did not deny creating the sticker that was pictured online.

When confronted about whether he was comfortable with a depiction of rape, general manager Doug Sparrow was more concerned with disputing that the teenager is a child.

The activist from Sweden slammed the vile image after it began circulating on social media.

She told her followers on Twitter that it was a sign of panic in the oil industry after she galvanised youngsters across the world to walk out of school in environmental protests.

Greta defiantly said of the cartoon: ‘They are starting to get more and more desperate… This shows that we’re winning.’ 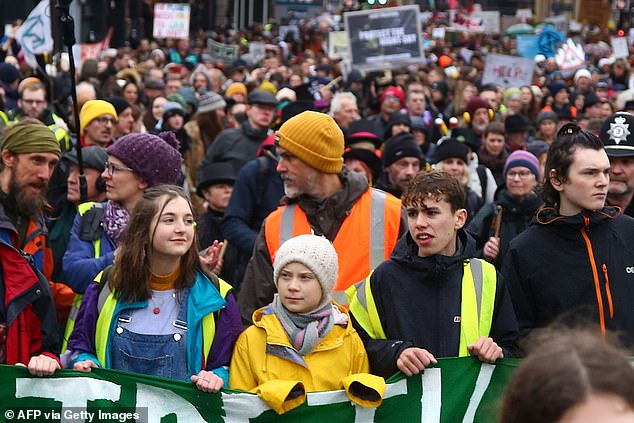 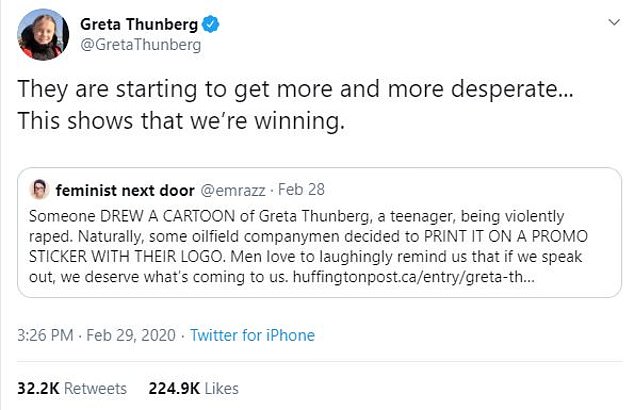 Rocky Mountain House Councillor Michelle Narang told Global News that X-Site’s general manager Doug Sparrow offered a dismissive defence of the image when she called him with her concerns.

She said: ‘His response when I asked him if he was aware that there are stickers circulating with his logo depicting the rape of Greta Thunberg. He said yes, that he is aware.

‘And I said, ‘So you are fine with an image that your company condones the rape of children?’ And he said, “She is not a child, she is 17.”’

Police are not investigating the matter because they do not believe a crime has been committed.

Sparrow said that the image was not shared by the company but that X-Site was tagged in the post on social media.

When asked whether or not X-Site Energy Services had produced the sticker that appeared in the post, he had no comment.