Billionaire Elon Musk vowed when he took over Twitter that the social media giant would not become a ‘free-for-all hellscape’.

But less than a week after Mr Musk’s £38billion deal, Carlsberg yesterday suspended advertising on the platform.

The Danish brewing giant, whose brands include Holsten Pils and Kronenbourg 1664, followed General Motors, which has paused its paid-for content on the platform.

‘We have advised our brand teams to pause advertising activities and we are monitoring the situation closely,’ the world’s third-largest brewer told the Financial Times.

The newspaper also reported L’Oreal had suspended its advertising on the platform.

But a spokesman said: ‘L’Oreal did not make any decision to suspend advertising spending on Twitter.’ Meanwhile, ad company Interpublic – which represents major firms including Coca-Cola and American Express – has advised its clients to pause their Twitter ads for the next week. 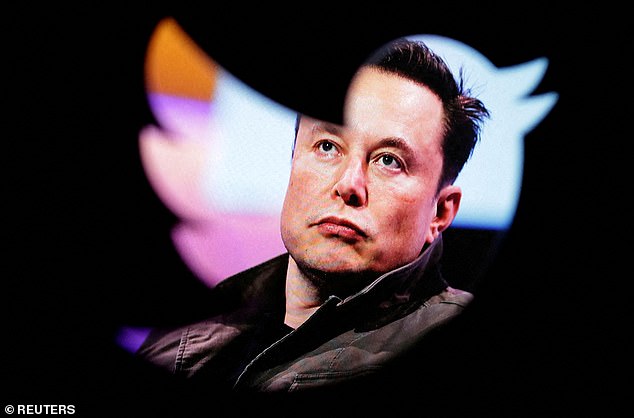 The move could spell trouble for Mr Musk, the world’s richest man, as advertisers contribute 90 per cent of Twitter’s £4.3billion annual income.

He is now exploring other revenue streams, such as charging £7.20 ($8) per month for verified accounts.

It came after Mr Musk ‘caused a storm’ by retweeting an unfounded allegation that the man who attacked Paul Pelosi – the 82-year-old husband of Democratic Party politician Nancy – was a gay prostitute he picked up in a bar.

Some believe that advertisers are waiting to see what changes Twitter will implement after the US midterm elections next week.

Mr Musk has hinted that banned Twitter accounts, including Donald Trump’s, could be reinstated once the elections are over.

Russ Shaw, of Tech London Advocates, a network of technology leaders, said: ‘The Pelosi tweet caused a storm, but the real worry is what happens after the US mid-terms. A chief marketing officer’s worst fear is that a Trump tweet appears next to their brand.’

It comes after the Tesla boss vowed Twitter would not be a ‘free-for-all hellscape where anything can be said with no consequences’.