A SCOTTISH Castle has been almost completely swallowed by the forest as stunning photos show nature reclaim the stone fortress.

The once grand home is now carpeted in scores of trees, ivy and bushes with its 19th century turrets poking through. 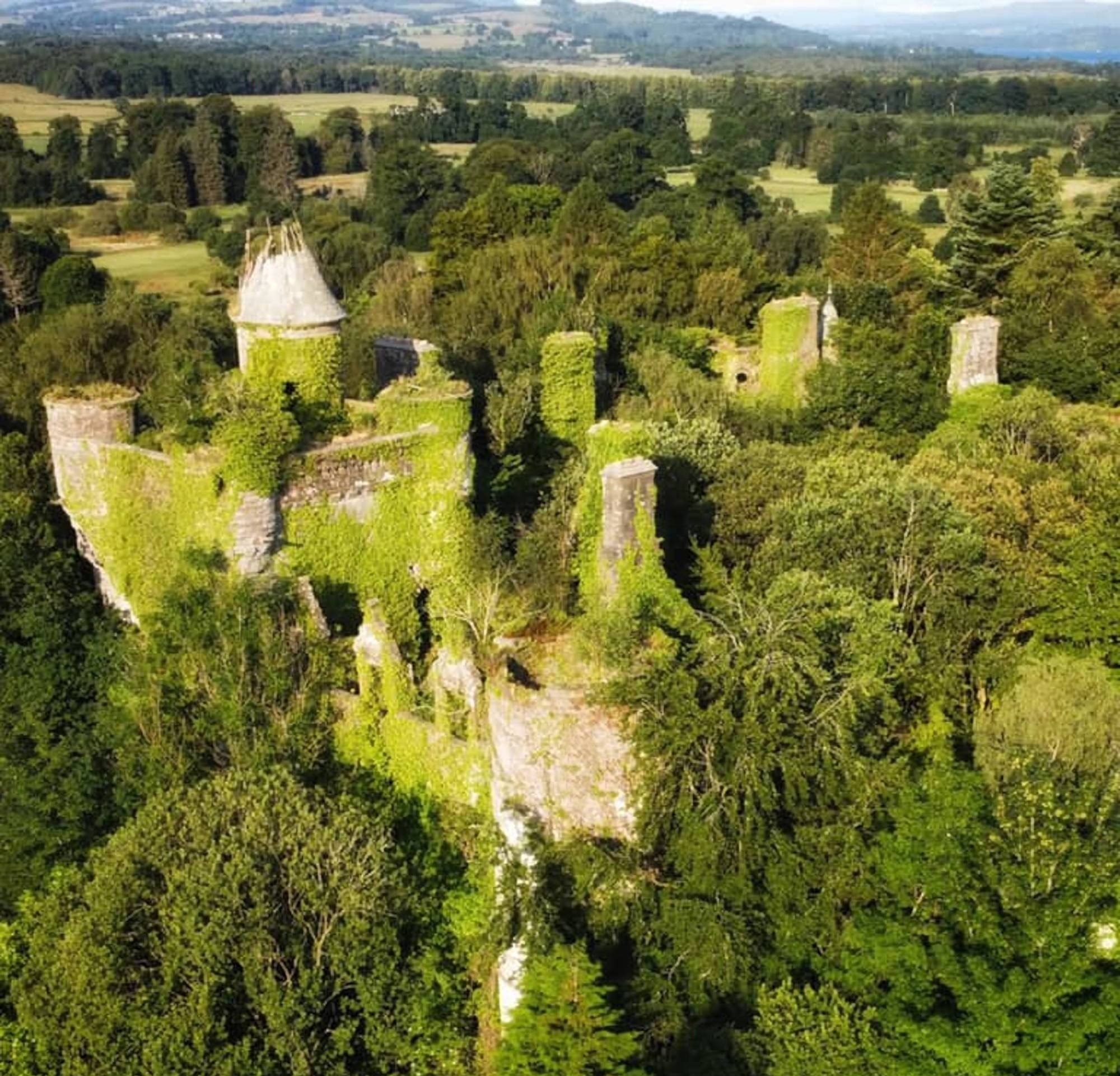 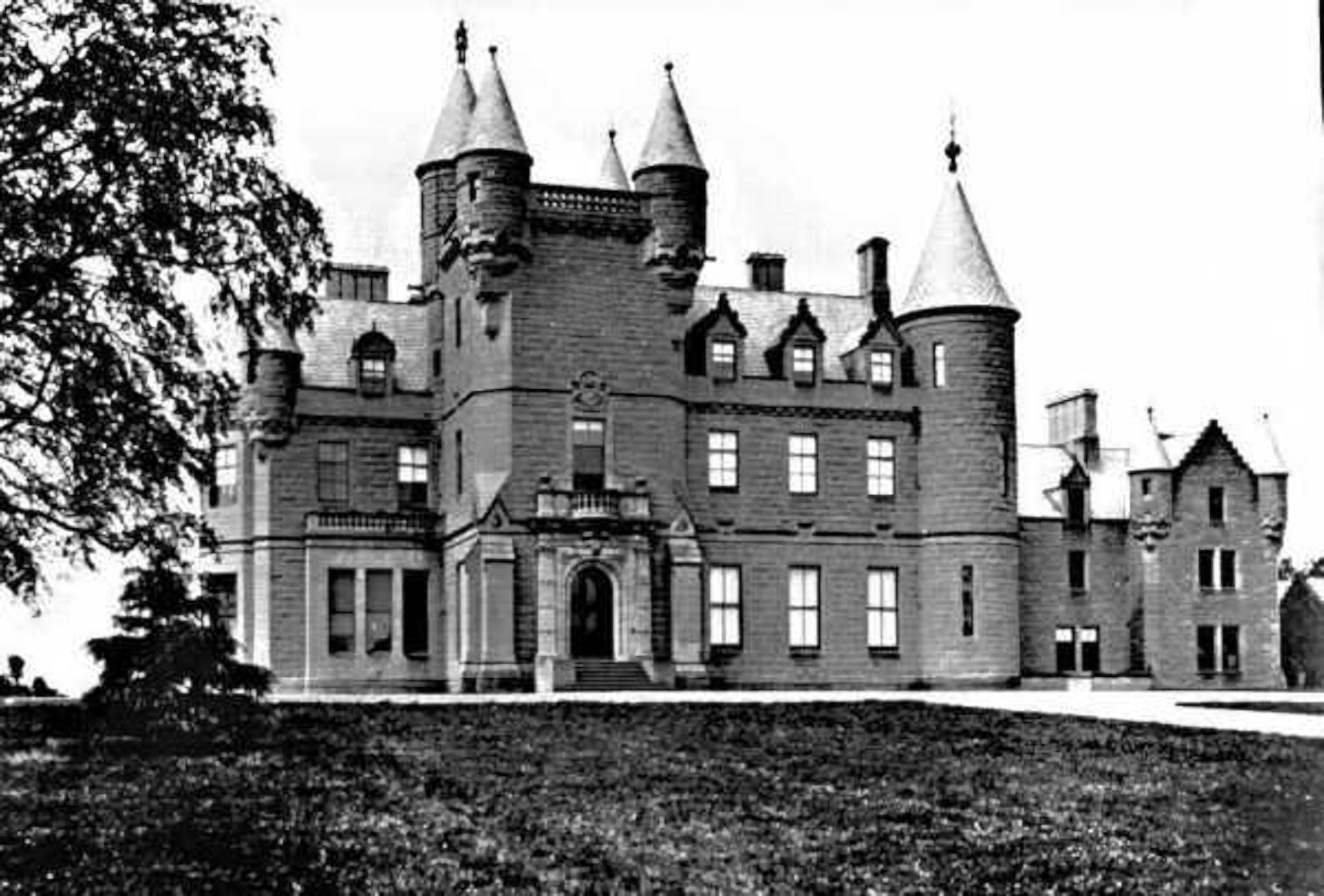 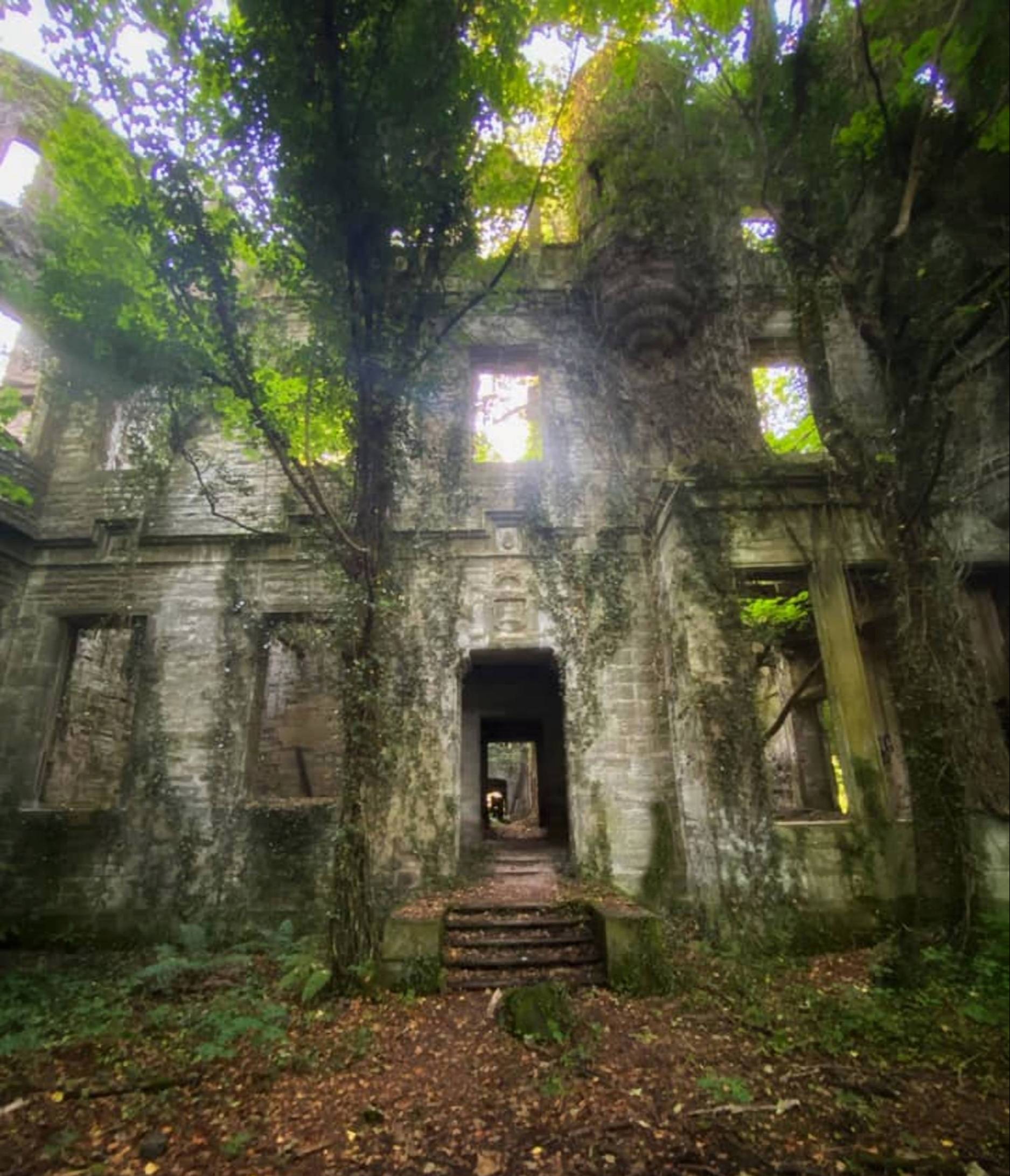 Only a slither of light appears to be able to reach through the towering trees in new eerie shots.

Abandoned nearly a hundred years ago, just a skeleton of the fortress remains with dark green vines that wrap around the old door thresholds and window frames.

And all that remains inside are collapsed wooden beams and graffiti.

Buchanan Castle was commissioned by James Graham, 4th Duke of Montrose as a replacement for Buchanan Auld House which was destroyed in a fire in 1852.

After the striking building was put out of use in 1925, its roof was removed in 1954 and it has since fallen to the hands of nature.

Aircraft engineer Derek McCrimmon captured the magical images of the ruin in Stirlingshire, Scotland on Saturday.

The 38-year-old, from Bearsden, East Dunbartonshire, used his drone to snap some of the dramatic images which look like they could feature in a fairytale.

“Have you ever seen a castle more overrun by nature?”

Scots have left comments after being left impressed by the breathtaking photos.

Chrissie Skilton wrote: “Absolutely stunning place. Wonderful pics. Managed to have a nosy around there a few years ago, beautiful.”

Lisa Marie said: “Shame they couldn't restore it for visitors.”

Margaret Ann McGeary said: “Wow, this looks like it came straight out of a fairytale!”

Robert Cameron added: “Time and nature have their way!”

Speaking today (THU) Derek said: “I went to the castle at 6am to beat any crowd.

“I found where to park and walked through a small wooded area into the castle.

“It was very eerie at that time in the morning with no one around.

“I explored the full grounds, it is so overrun by nature and trees come up into most rooms.” 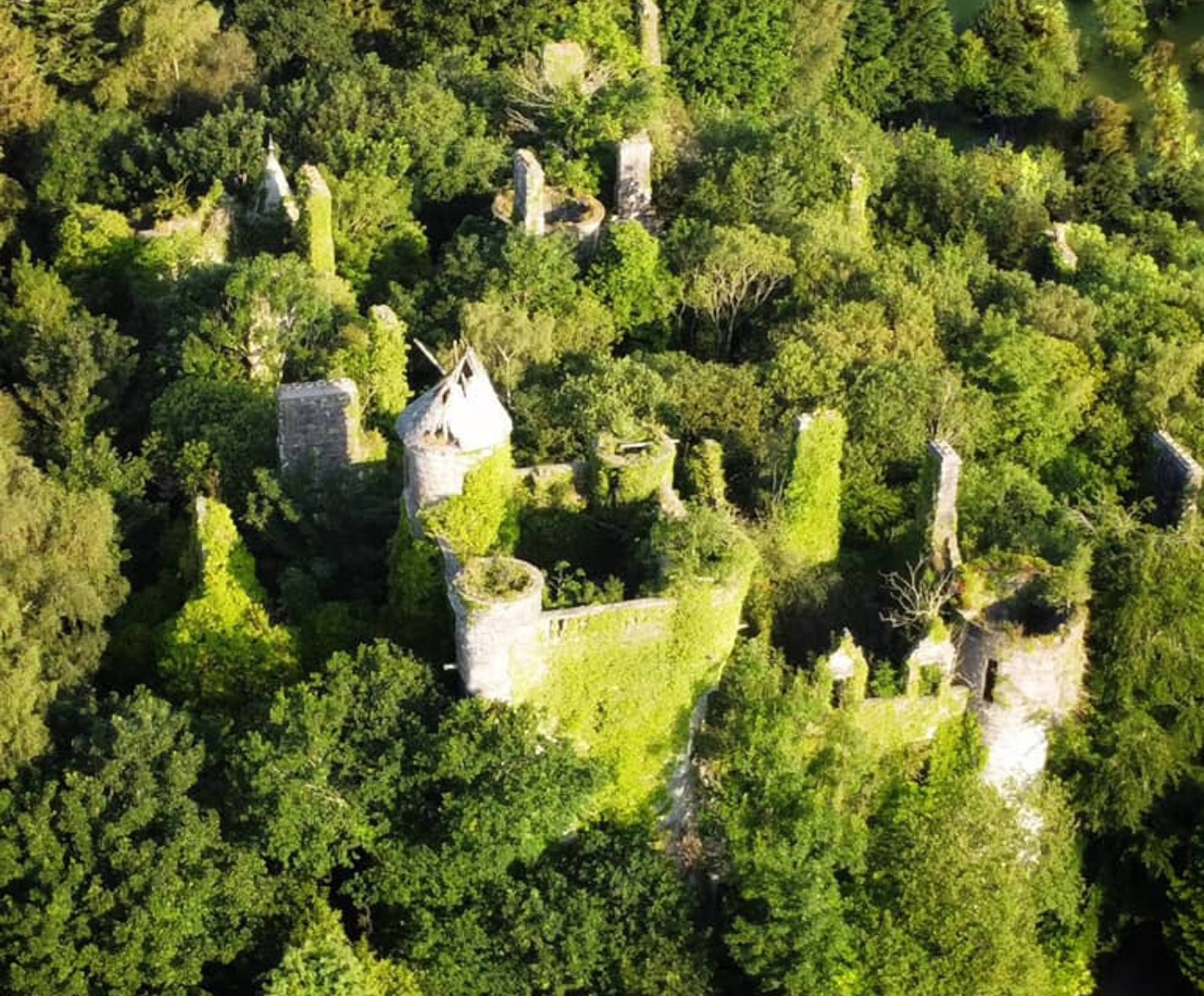 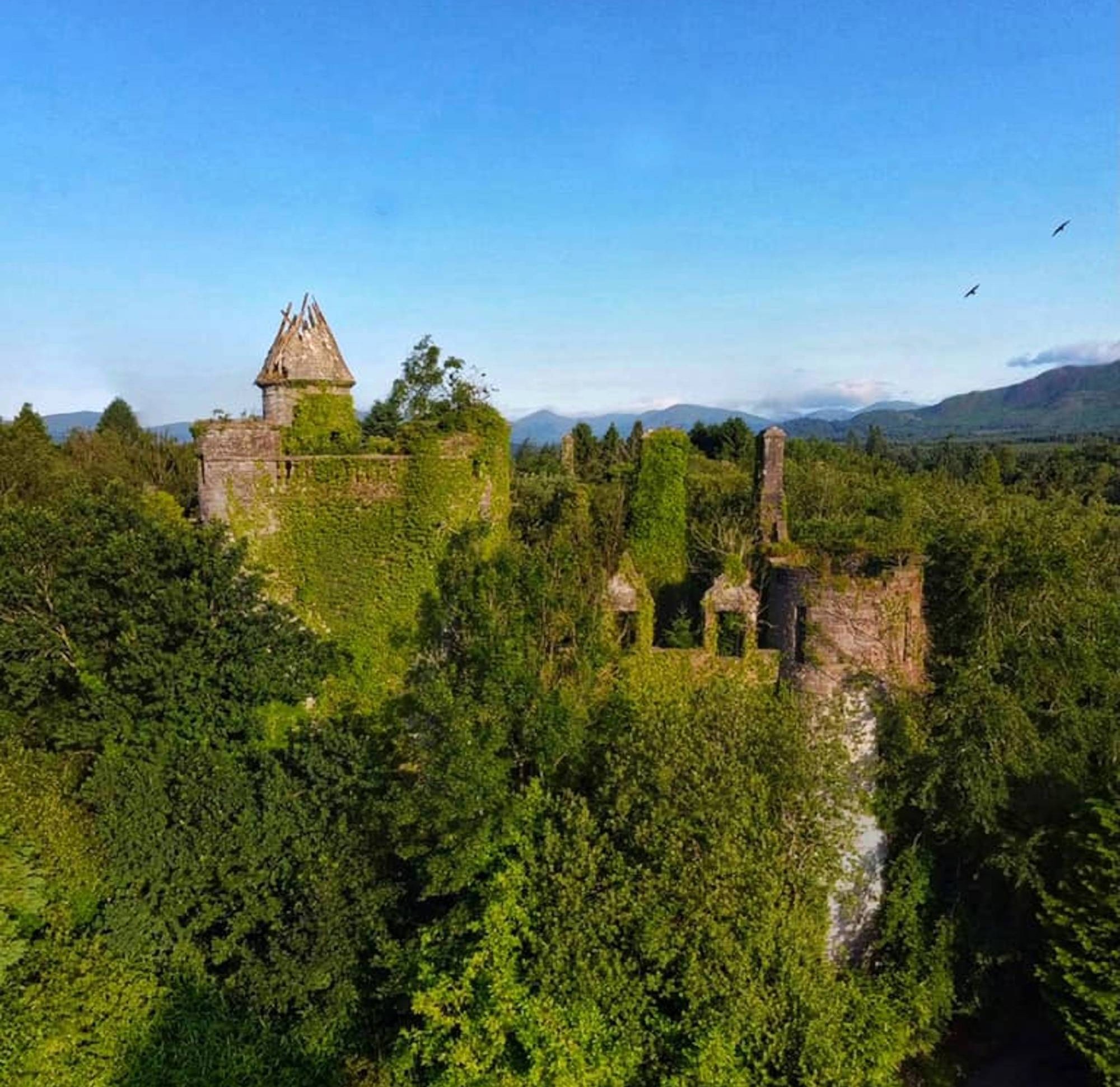 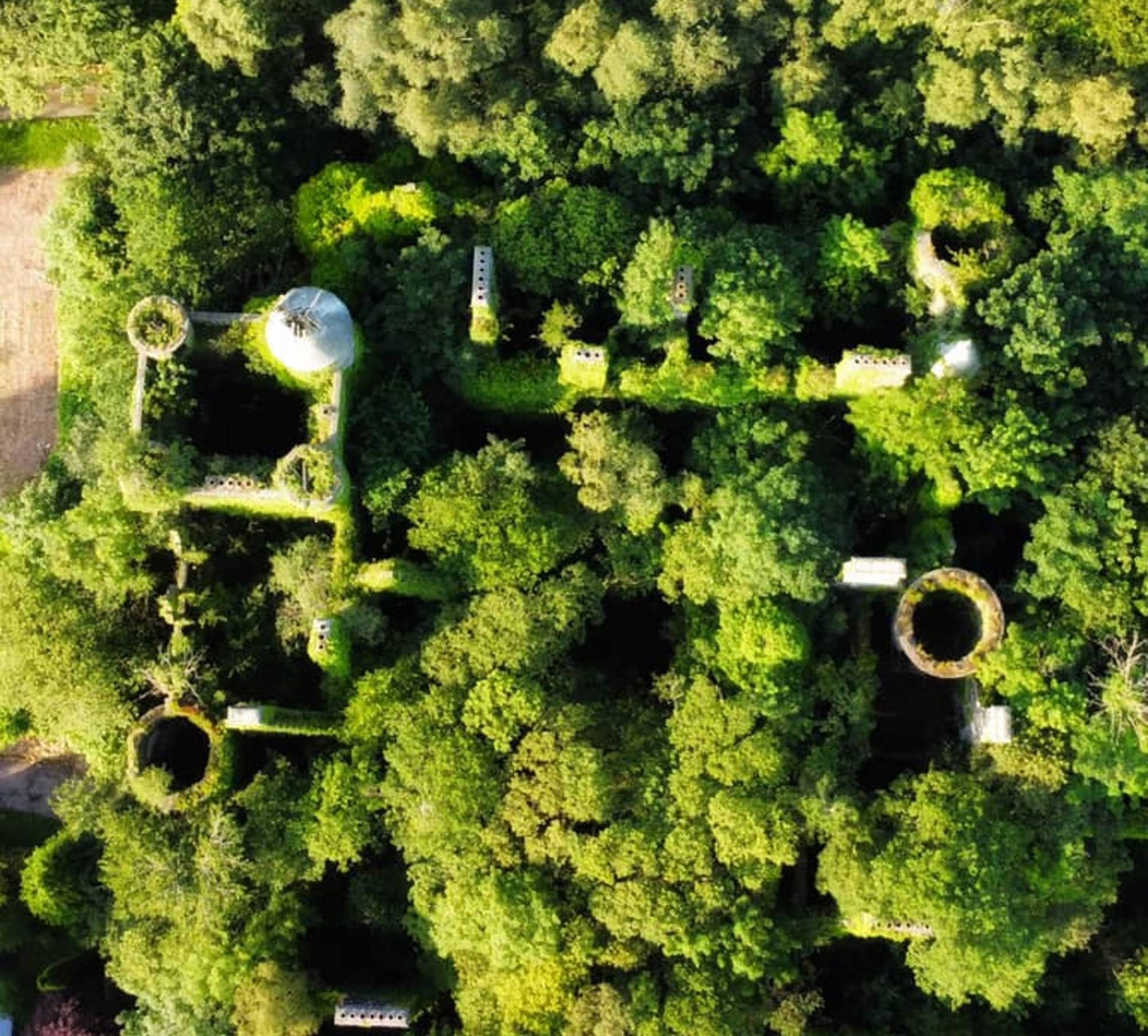 New clashes in Bristol between police and 'Kill the Bill' protesters