"WHAT the hell did I do? Kill them all, of course," said Robert Durst, unaware he was still wearing a microphone minutes after being confronted with new evidence over a horrific slaying.

The accidental "confession" formed the dramatic final moments of the 2015 documentary series The Jinx which chronicled the multimillionaire's connection to three killings — and it's now being used as evidence in his murder trial. 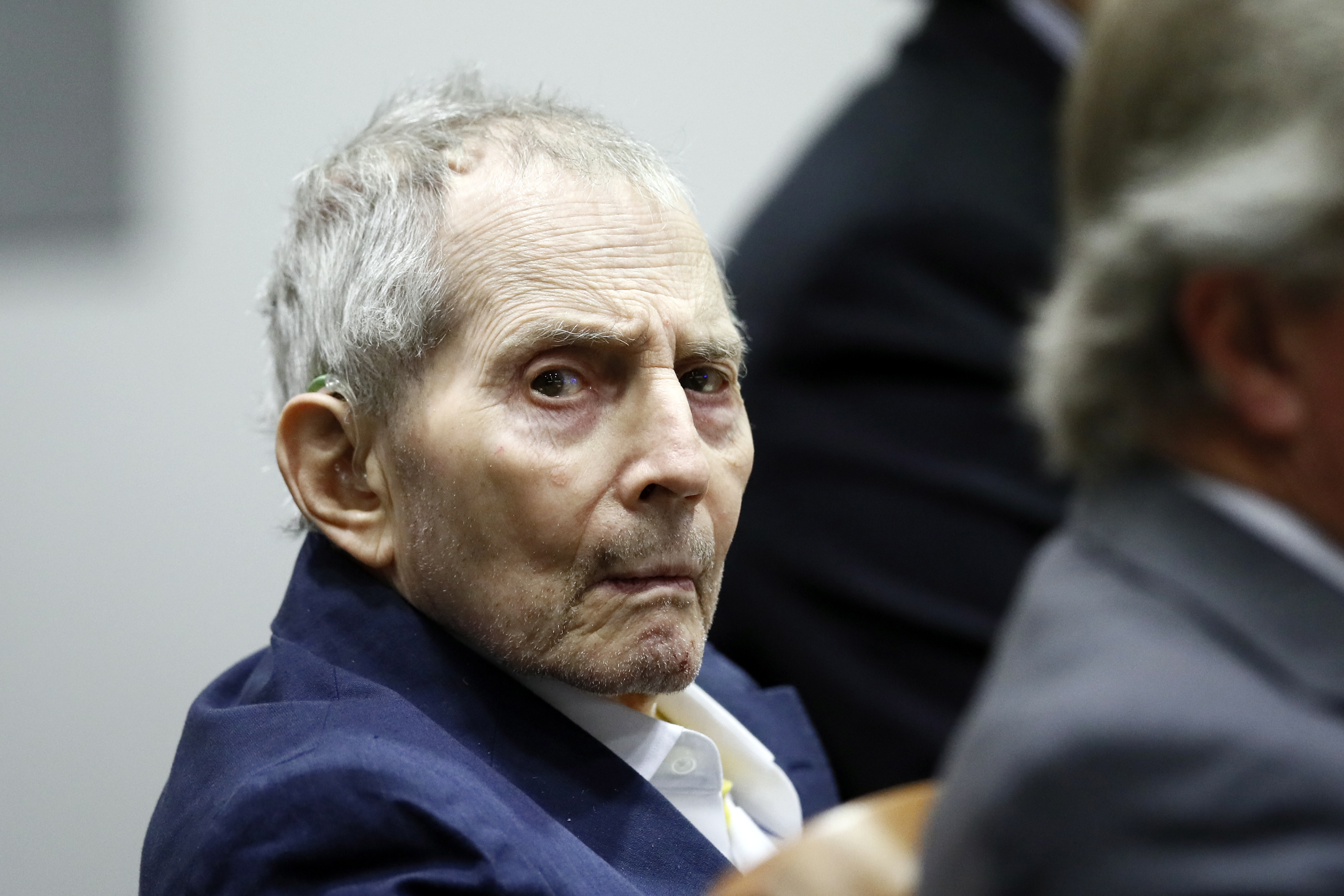 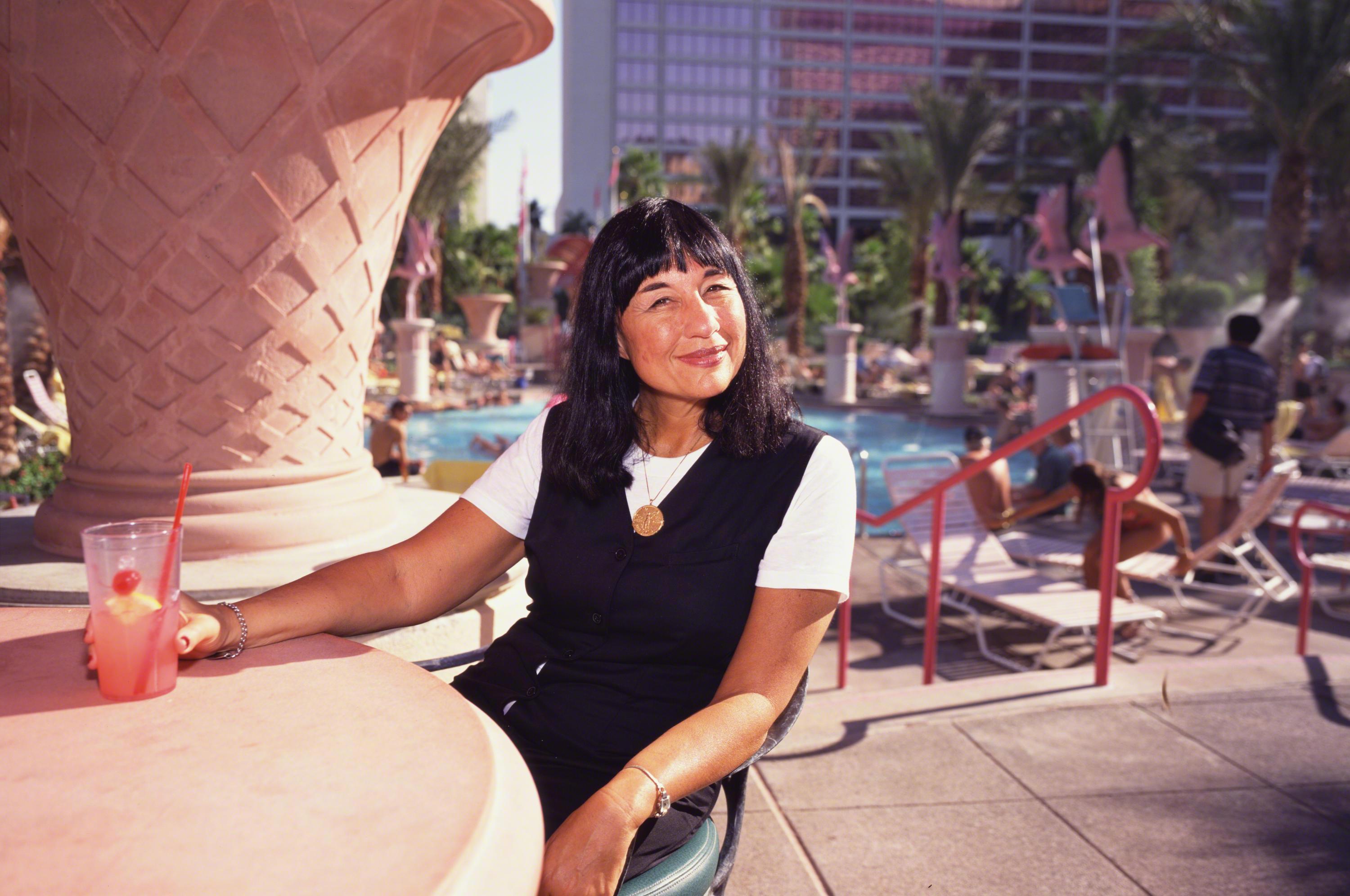 Durst, 76, denies fatally shooting Susan Berman in the head in her Beverly Hills home in 2000.

But prosecutors argue that Durst carried out the cold-blooded slaughter to stop Berman talking to cops about the mysterious disappearance of his first wife, Kathie.

Kathie vanished from New York in 1982 where she'd lived with Durst — he'd grown up in the city as the heir to one of the wealthiest and most powerful real estate dynasties in the country.

Although Kathie's relatives claim Durst killed and butchered her, Kathie's body has never been found, and he wasn't charged with the crime. 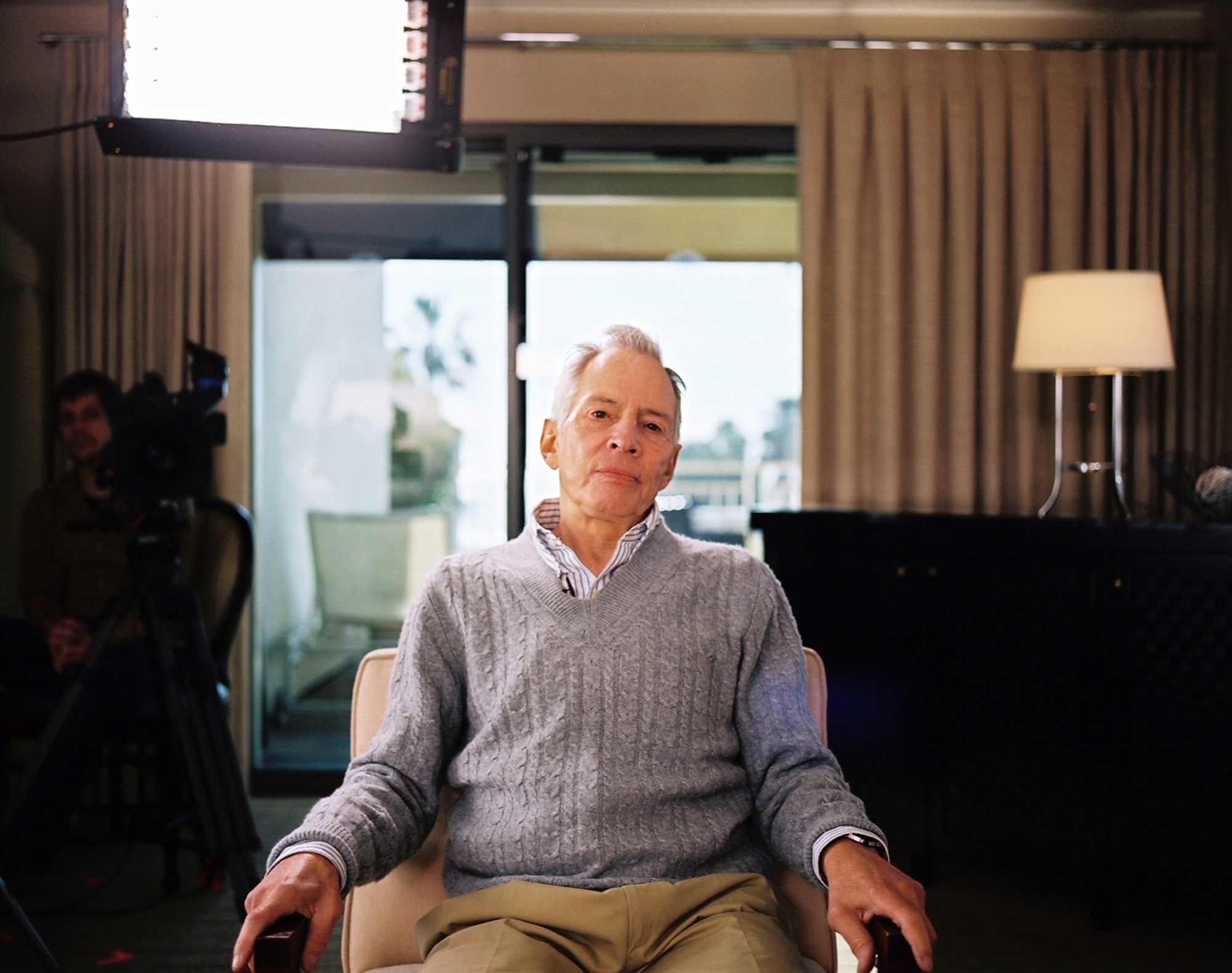 Durst was living in hiding at the time of Black's death and had even disguised himself as a woman when cops found Black's body parts floating in the waters of Galvenston Bay, Texas.

But the new trial unfolding this week could be the beginning of the end for Durst if he's shown to be guilty — 20 years after Susan Berman was murdered and nearly 40 years after his first wife went missing.

Here is how Robert Durst finally ended up in the trial which could see him convicted of murder. 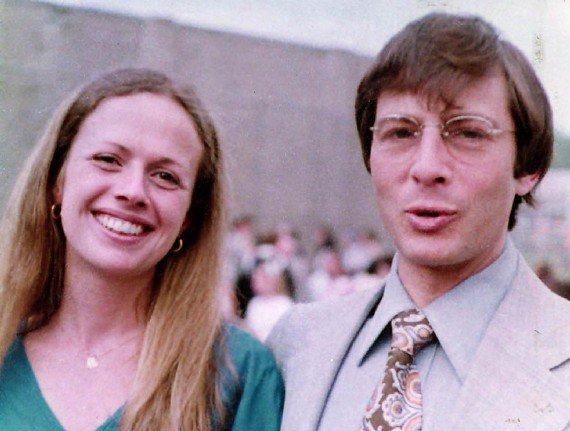 Robert Durst was the last person to see his first wife Kathie, a trainee paediatrician, alive.

But earlier in the evening of January 31, 1982, she'd been at a dinner party with friends when she got a call from Durst and suddenly had to leave.

I now believe he was practising killing and disposing his wife with those dogs.

A few weeks earlier, she'd been treated for injuries on her face that she told friends Durst had inflicted on her.

So it was no surprise when suspicion quickly fell on Durst, who'd just ended a three-year affair with Prudence Farrow, but there was no hard evidence to prove he killed Kathie. 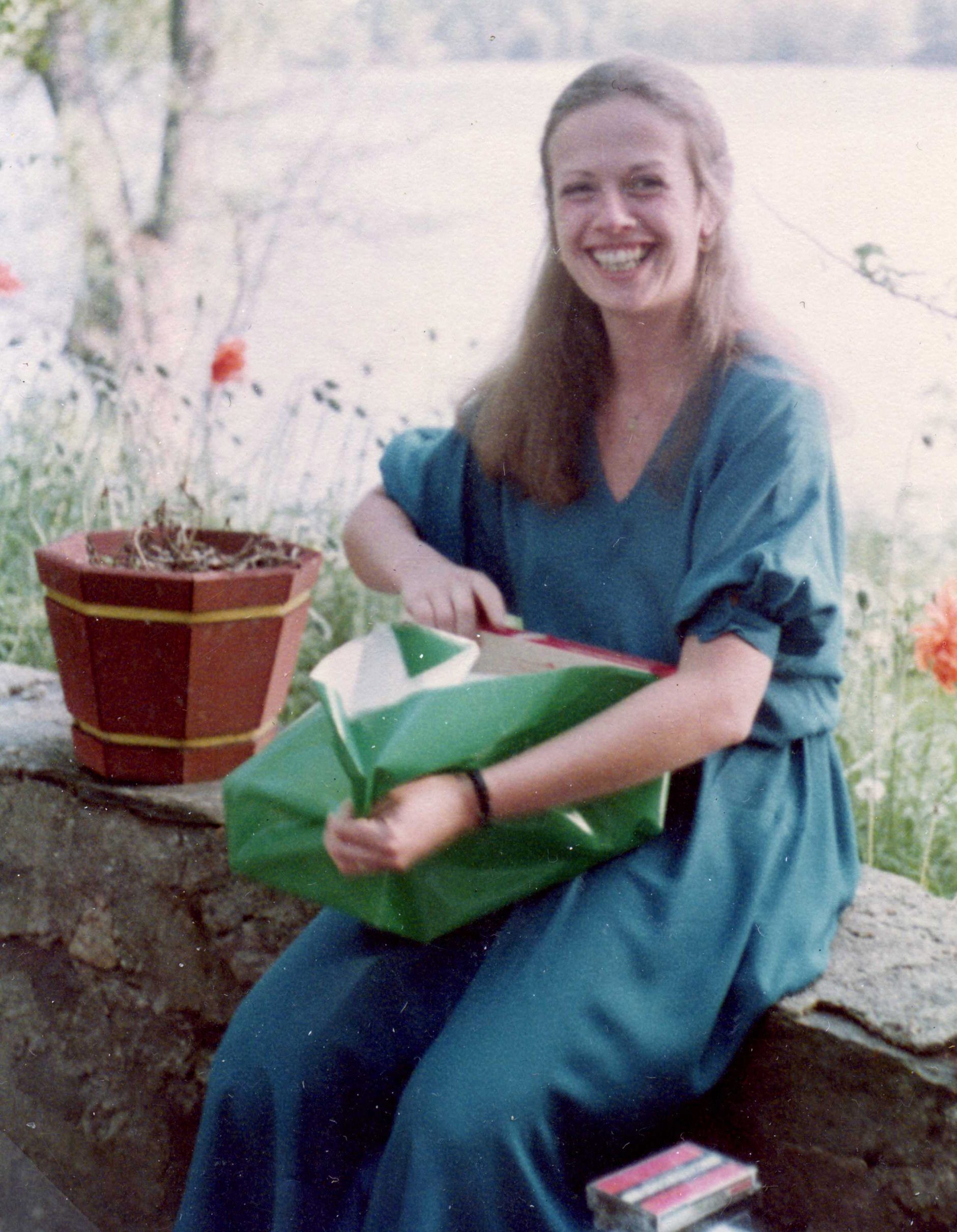 Shortly before The Jinx aired in 2015, Durst's brother Douglas, who took over the family's business empire when their father died, shared a gruesome theory about what happened.

"Before the disappearance of my sister-in-law [Kathie], Bob had a series of Alaskan Malamutes, which is like a husky,” Douglas Durst told The New York Times.

“He had seven of them, and they all died, mysteriously, of different things, within six months of his owning them. All of them named Igor. We don’t know how they died, and what happened to their bodies.

“In retrospect, I now believe he was practising killing and disposing his wife with those dogs.”

Douglas thinks he was killing the dogs because he'd heard a recording of Robert using the dogs' name as a verb, saying he wanted to "Igor Douglas".

But without a case to prosecute, the trail for Kathie went cold — but the hunt to prove Robert Durst was a killer was just beginning. 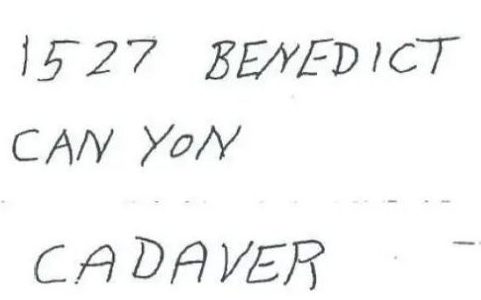 Fast-forward two decades and a mysterious letter drops through the letterbox of a Beverly Hills police station.

The anonymous note contained only a local address and the word "cadaver" — it was December, 2000.

Officers decided to check what was at the address.

Sure enough, the stench of rotting flesh hit them as they opened the door to find the decaying corpse of 55-year-old Susan Berman inside — she'd been calculatingly killed days earlier.

Only the killer could have written [it]

Berman was shot in the back of the head with a pistol from point-blank range inside the house, which friends found odd because she never opened the door to anyone, even the postman.

They theorised that she must have known the gunman to let them inside, and felt safe enough to turn her back on them.

Berman was an old friend of Durst's and she'd acted as his unofficial spokesperson during the media storm when Kathie went missing.

But some have since claimed that Berman was more than just a friend, acting as the accomplice in the disappearance and apparent killing of Kathie, providing Durst's public alibi. 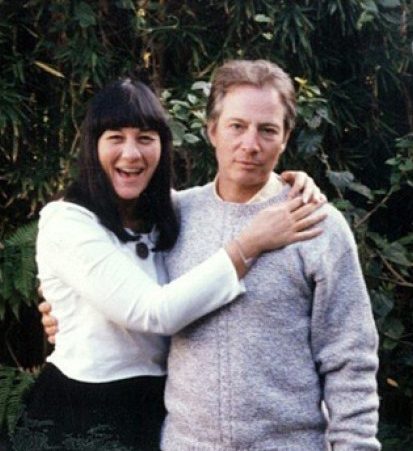 And prosecutors are now arguing that Durst carried out the execution-style shooting of Berman because he was worried she was about to betray their diabolical plot.

Berman's killing came just days before she was due to meet with investigators, who'd recently reopened the case into Kathie's disappearance.

But just as with Kathie, there wasn't enough evidence to charge Durst with Berman's death, although he was in the same state as her around the time of her death and had sent her thousands of dollars shortly before she was killed.

But the payments and curious travel timings weren't the only unusual things Durst was up to at the time.

There it is – you're caught

When he'd caught wind of the new police probe a few months earlier, he rented a small apartment in Galveston, Texas, posing as a mute woman.

Wearing a wig, he communicated with the landlord at the property through scribbled messages called himself "Dorothy Ciner" — the name of a school friend he hadn't seen in decades.

Durst, who was diagnosed with possible schizophrenia as a child, wanted to hide.

But less than a year later police came knocking at "Dorothy's" door for another, different, blood-soaked killing. 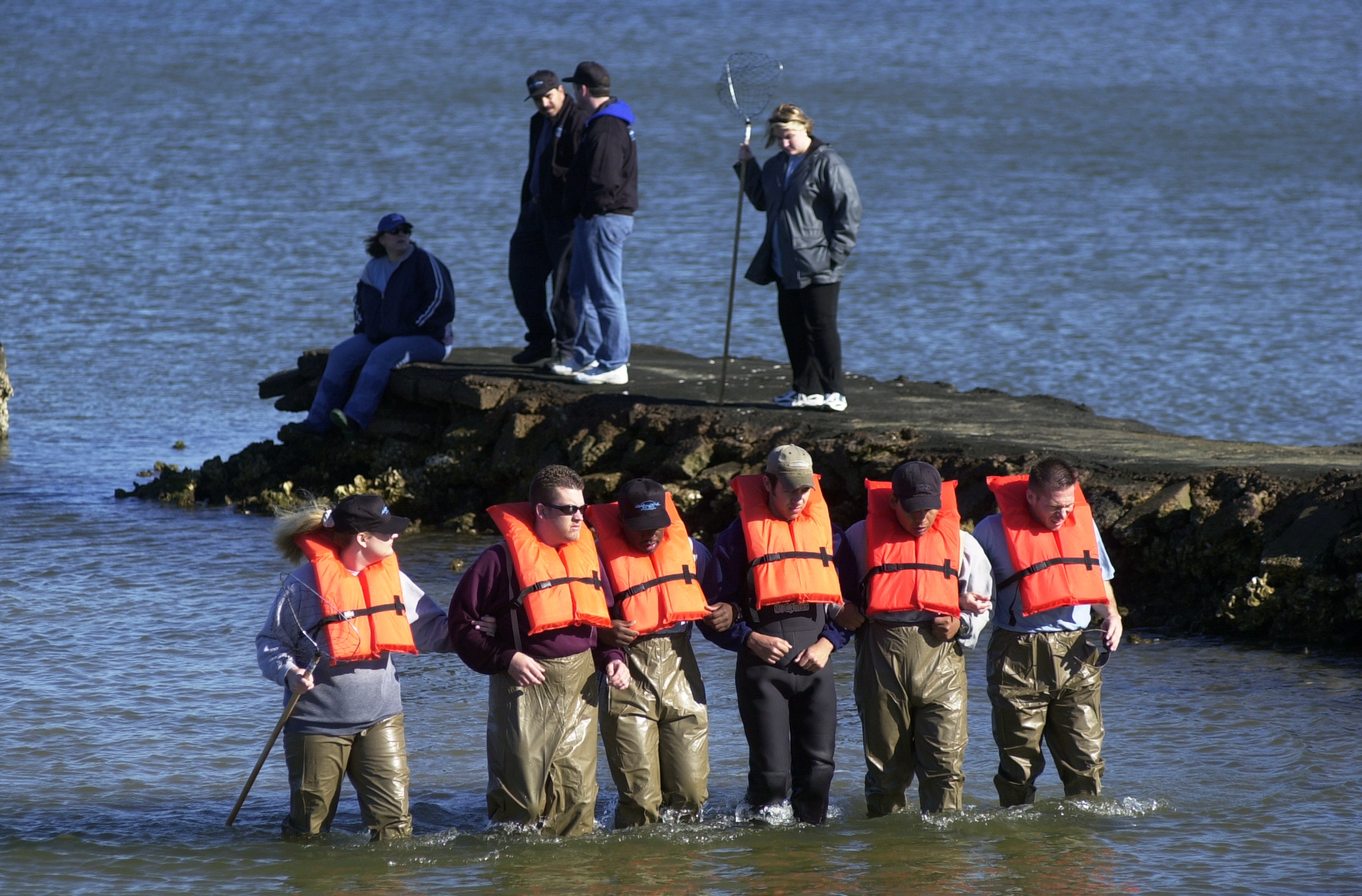 On 30 December 2001, a dismembered torso was found floating in the Galveston Bay.

The body belonged to Morris Black, 71, who'd lived in the apartment across the hall from "Dorothy" — other body parts were later found in the waters, but Black's head was never found.

Residents near Black's home said they'd seen Durst, who was often seen going in and out of "Dorothy's" apartment, loading bags into a silver car on the night before Black's body was found.

When police traced the vehicle and pulled Durst over days later, they found a bow saw in his car. 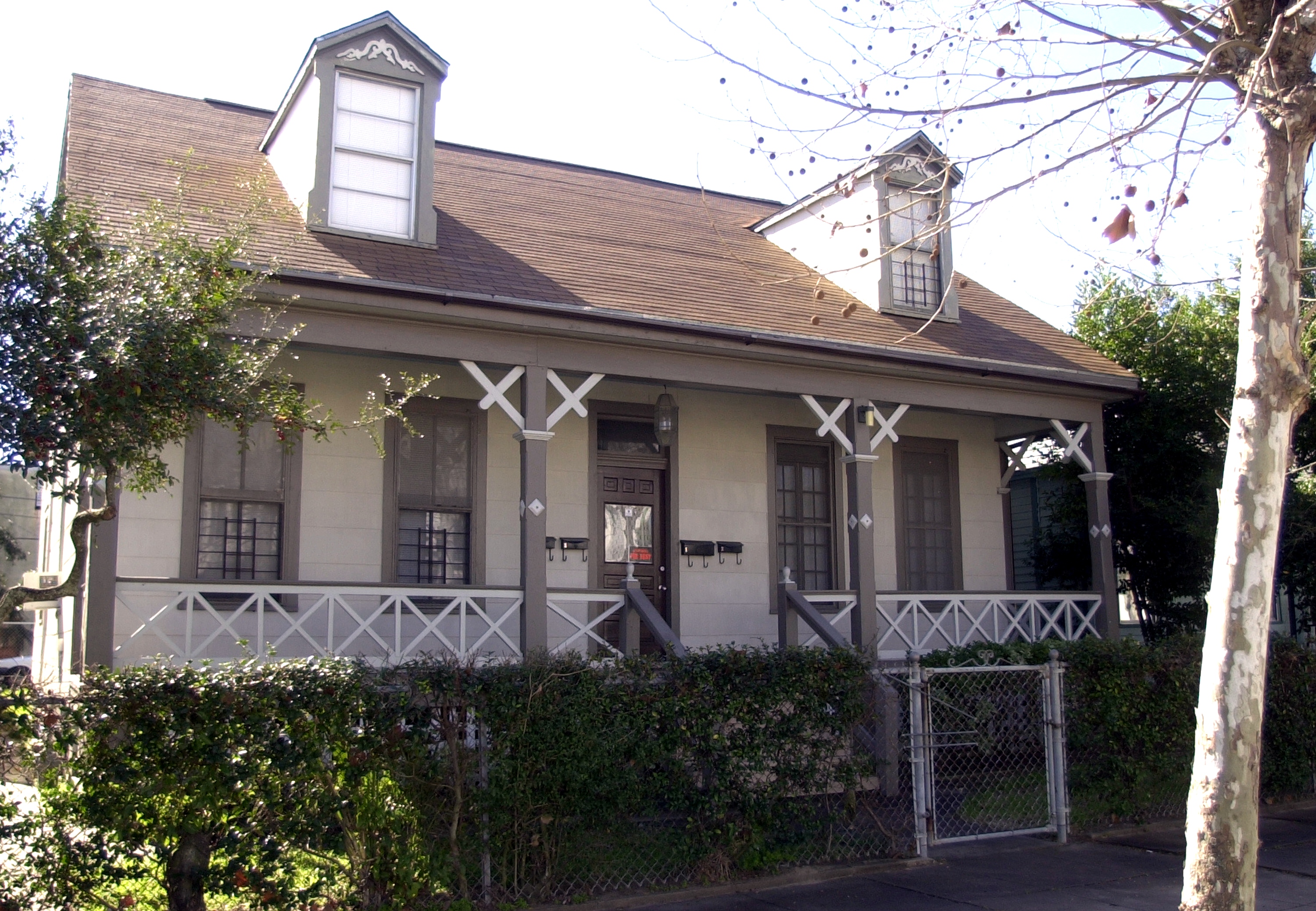 It was clear that he was "Dorothy" all along and, inside his rented apartment, they found evidence of a stomach-churning crime.

As well as a spent bullet casing and packaging for a knife in Durst's rubbish, there was also a small cut in his kitchen floor's linoleum.

Blood had seeped through and covered the floorboards underneath — cops charged Durst with Black's murder and set his bail at an eye-watering $300,000. 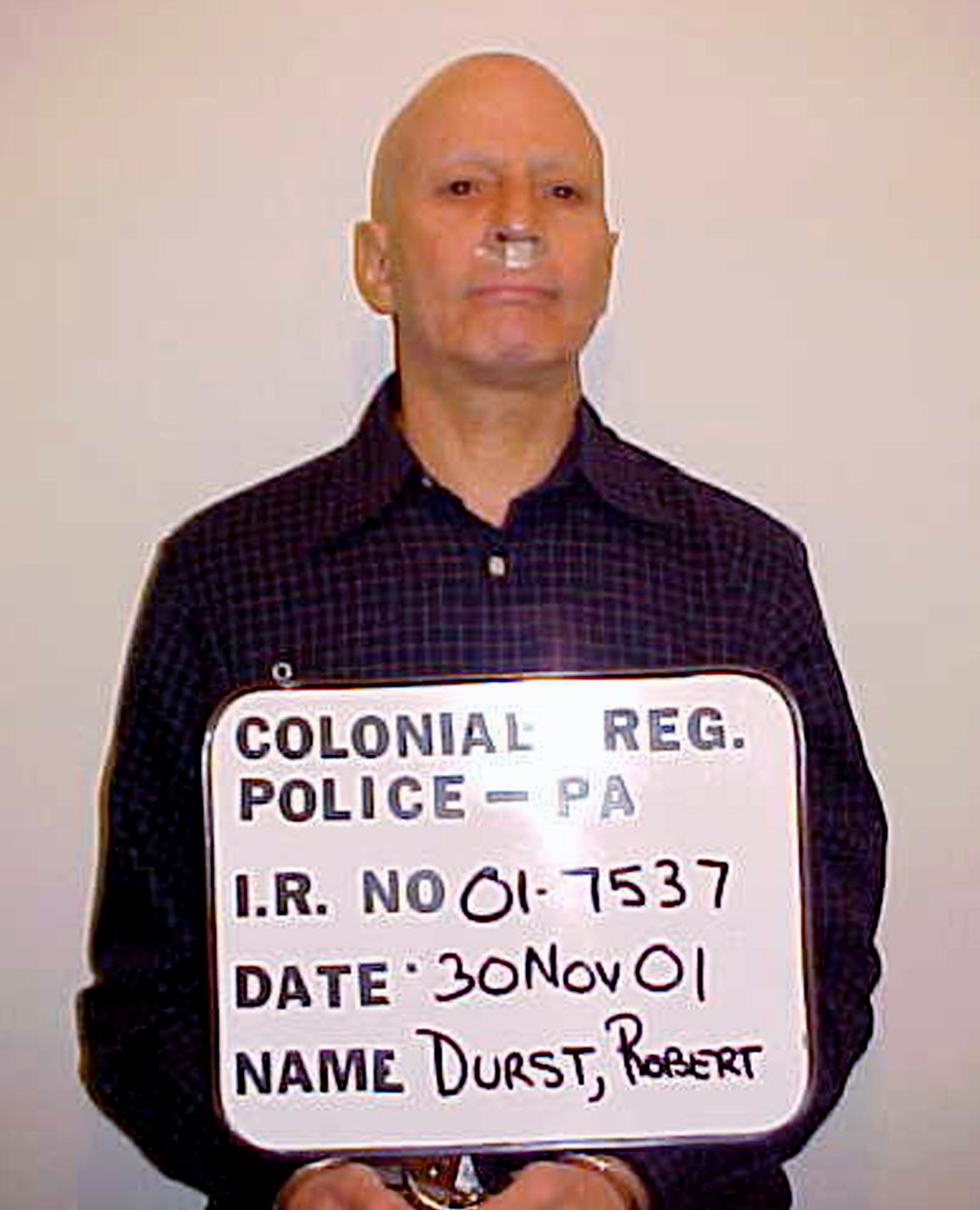 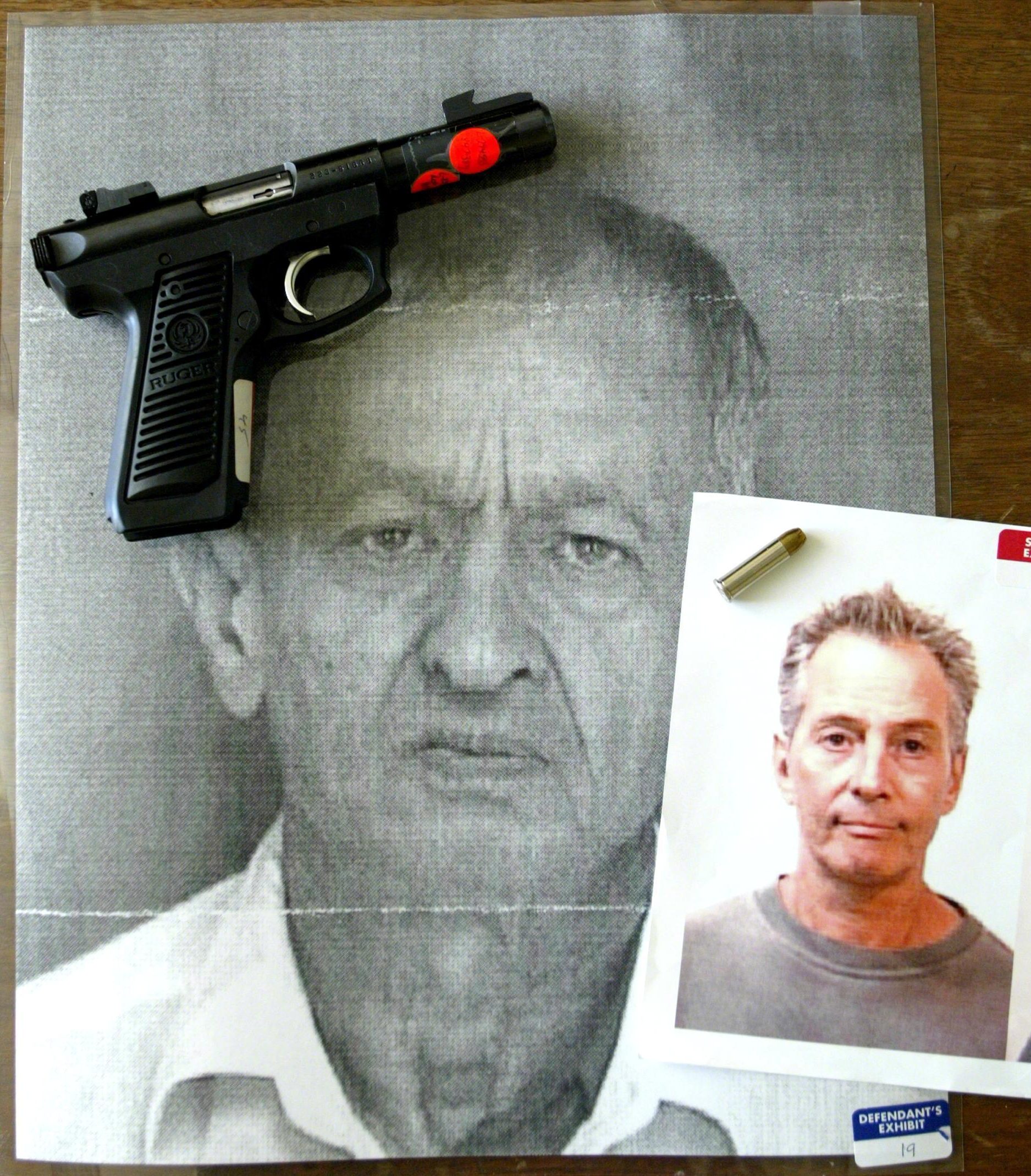 Because of his staggering personal wealth, Durst was able to post his bail and flee Texas, becoming a fugitive in October 2001.

But astonishingly, while on the run for suspected murder, he was caught shoplifting in a Pennsylvania supermarket the next month.

Security guards grabbed him when they saw him trying to leave the shop without paying for a plaster and a chicken sandwich — he even had $500 cash on him.

When police arrived, they searched his car — which he'd rented using the name "Morris Black" — and discovered over $37,000 inside, along with a stash of cannabis and two loaded pistols.

Hauled back to Texas, Durst was made to stand trial for the murder of Morris Black. 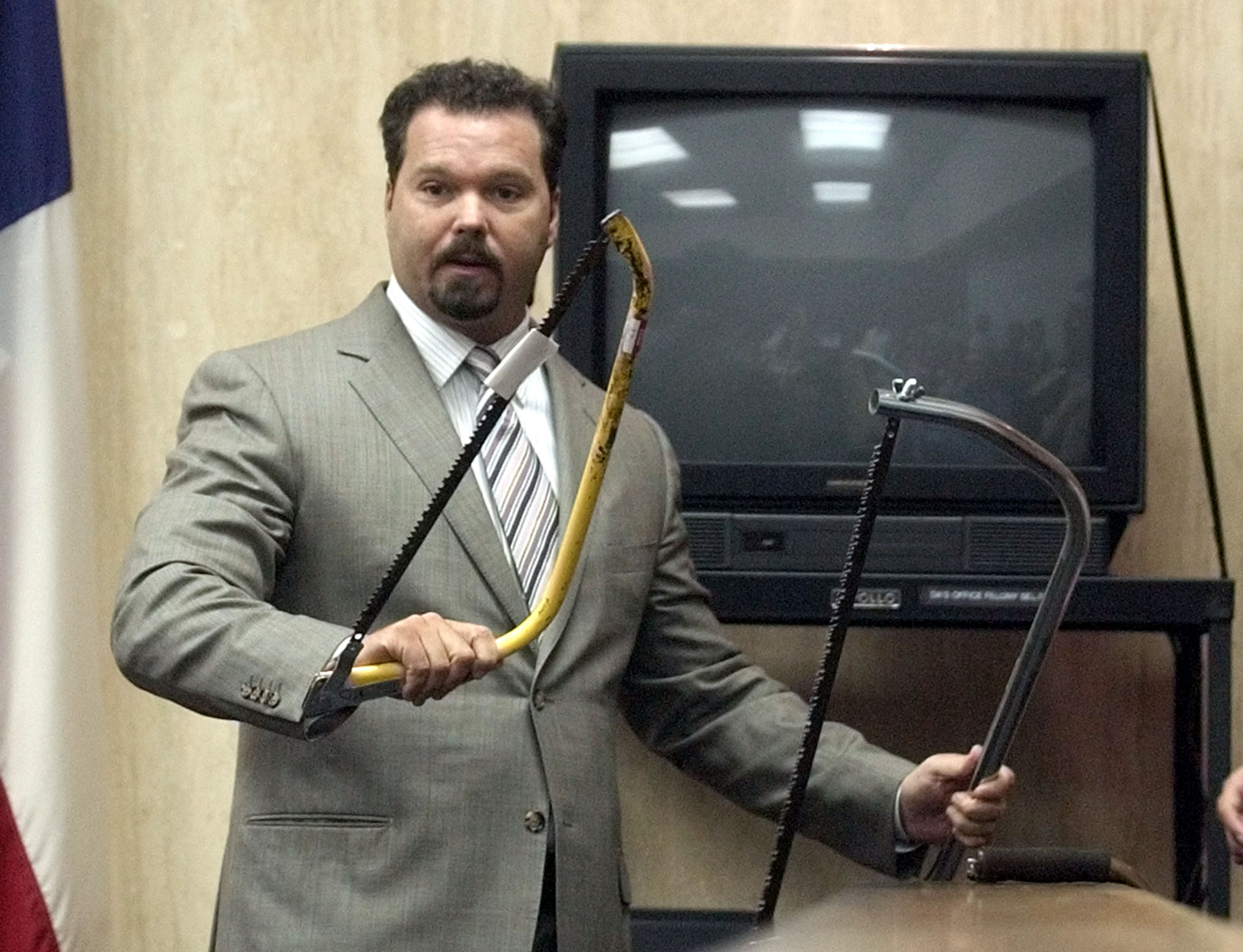 And incredibly, while he admitted to shooting Black in the head, he said it happened in self-defence during a struggle over the gun.

Durst even admitted cutting up Black's lifeless body with two saws, an axe, and a knife.

"I did not kill my best friend," Durst declared during the trial. "I did dismember him."

When asked if he cried while butchering his "best friend", Durst claimed he remembered nothing about the grisly act because he was high and drunk at the time.

Astonishingly, despite being found guilty of evidence tampering for dismembering and dumping Black's body in the bay, he was found not guilty of murder.

After pleading guilty in 2004, Durst was given five years for cutting up Black's body and two counts of bail jumping – but he was given credit for time served and was paroled in 2005.

The Durst family fortune is estimated to be worth well over $5billion thanks to their leading property business – the Durst Organization.

It was founded in 1915 by Robert's grandfather, Joseph Durst, who originally worked as a tailor when he emigrated to America.

But it was his son, Seymour, who began building skyscrapers in some of Manhattan's most sought after spots.

The family firm now owns 11 skyscrapers in New York, including One World Trade Center, and was the source of a bitter fallout between Robert and his family when his brother, Douglas, was chosen to lead the powerful company instead of him in 1994.

Despite the fued, Robert continued to be paid an allowance of several million dollars a year – even throughout his legal difficulties.

But he eventually severed all ties with the family and the business in 2006 for a one-off $65m settlement.

At the time of his arrest for his current trial, Robert was estimated to have a personal fortune of $110million. 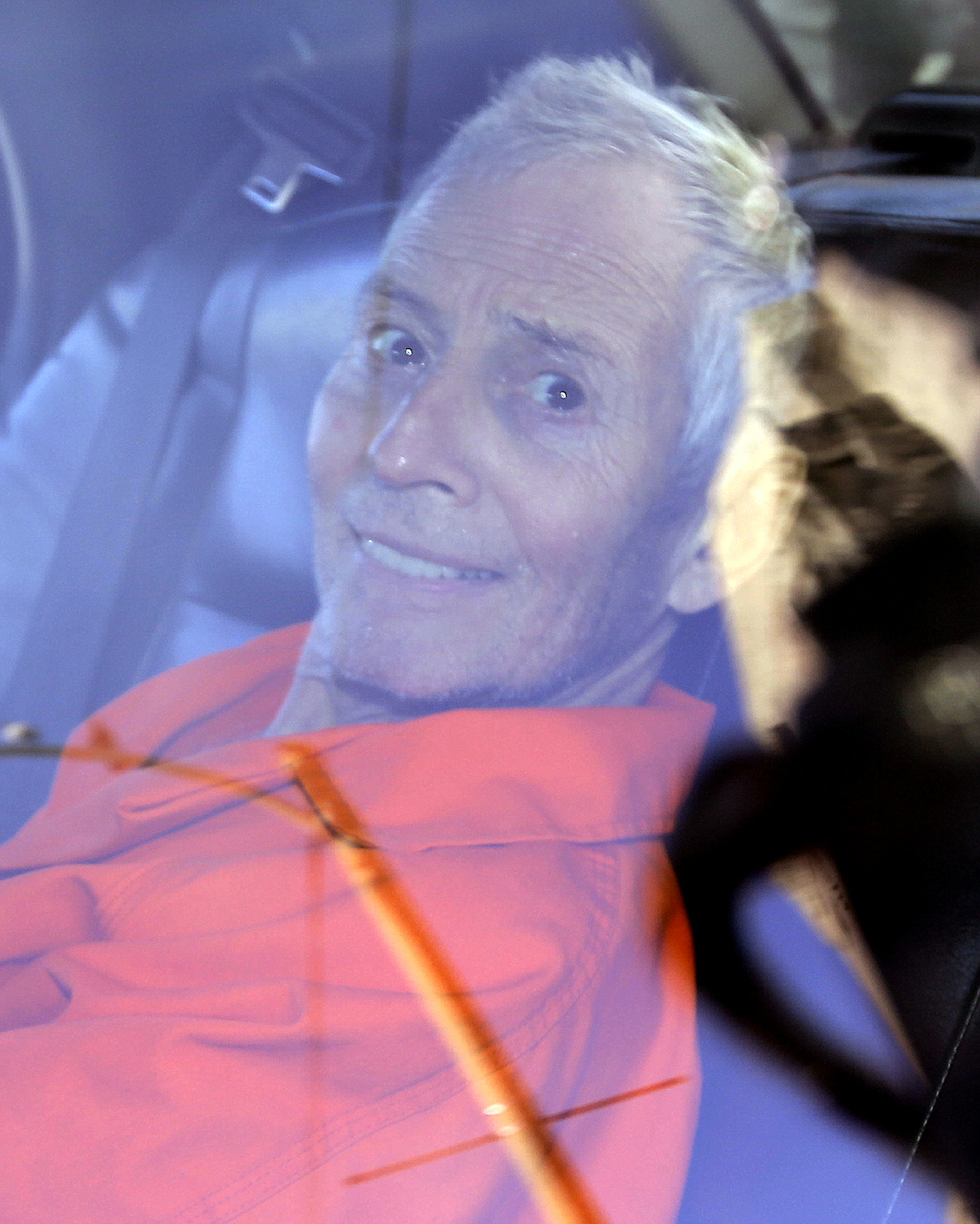 When he was finally free from prison and rid of his legal troubles in 2006, you might think Durst would try to live a quiet life away from the public eye.

But he continued to crop up in the public's attention.

A film loosely based on Durst's life starring Ryan Gosling called All Good Things was released in 2010.

And three years later he was arrested for trespassing while lurking outside the homes of his relatives — they'd taken out protection orders against him claiming they were scared of him.

I did not kill my best friend. I did dismember him.

Strangest of all was an incident in 2014 where he walked into a pharmacy in Houston and was recorded urinating on one of the displays.

But he's now best-known for appearing in Andrew Jarecki's documentary series The Jinx a year later.

Against his lawyers' advice, Durst let Jarecki and his team have unrestricted access to his personal records and agreed to several interviews on camera about his first wife's disappearance and the murders of Susan Berman and Morris Black.

That's when his newfound freedom started to unravel. 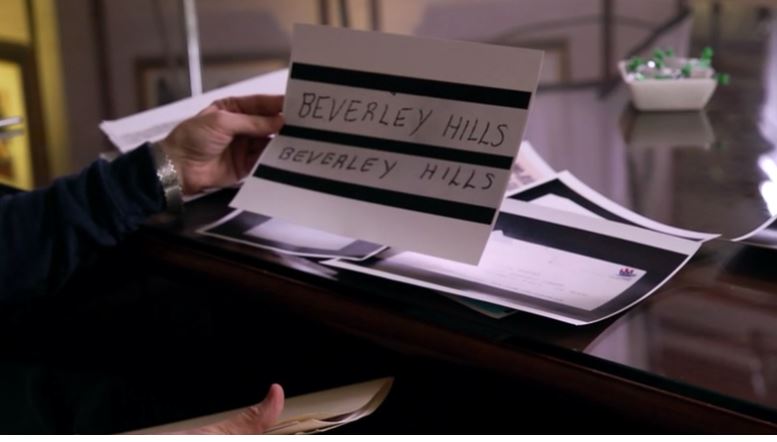 During the documentary, Durst reignited the suspicions of murder which are currently playing out in court.

On camera, Durst is shown a copy of the anonymous handwritten "cadaver" letter sent to police saying where Berman's body was.

He describes it as something "only the killer could have written".

Durst is then presented with a second newly discovered letter from Durst to Berman sent before she was murdered.

The handwriting is identical and both letters even had the same misspelling of "Bevereley" Hills.

Durst immediately starts burping like he's going to throw up, and is later heard saying to himself, "There it is — you're caught," when he thinks he's alone in a bathroom.

The microphone also catches him saying: "What the hell did I do? Kill them all, of course." 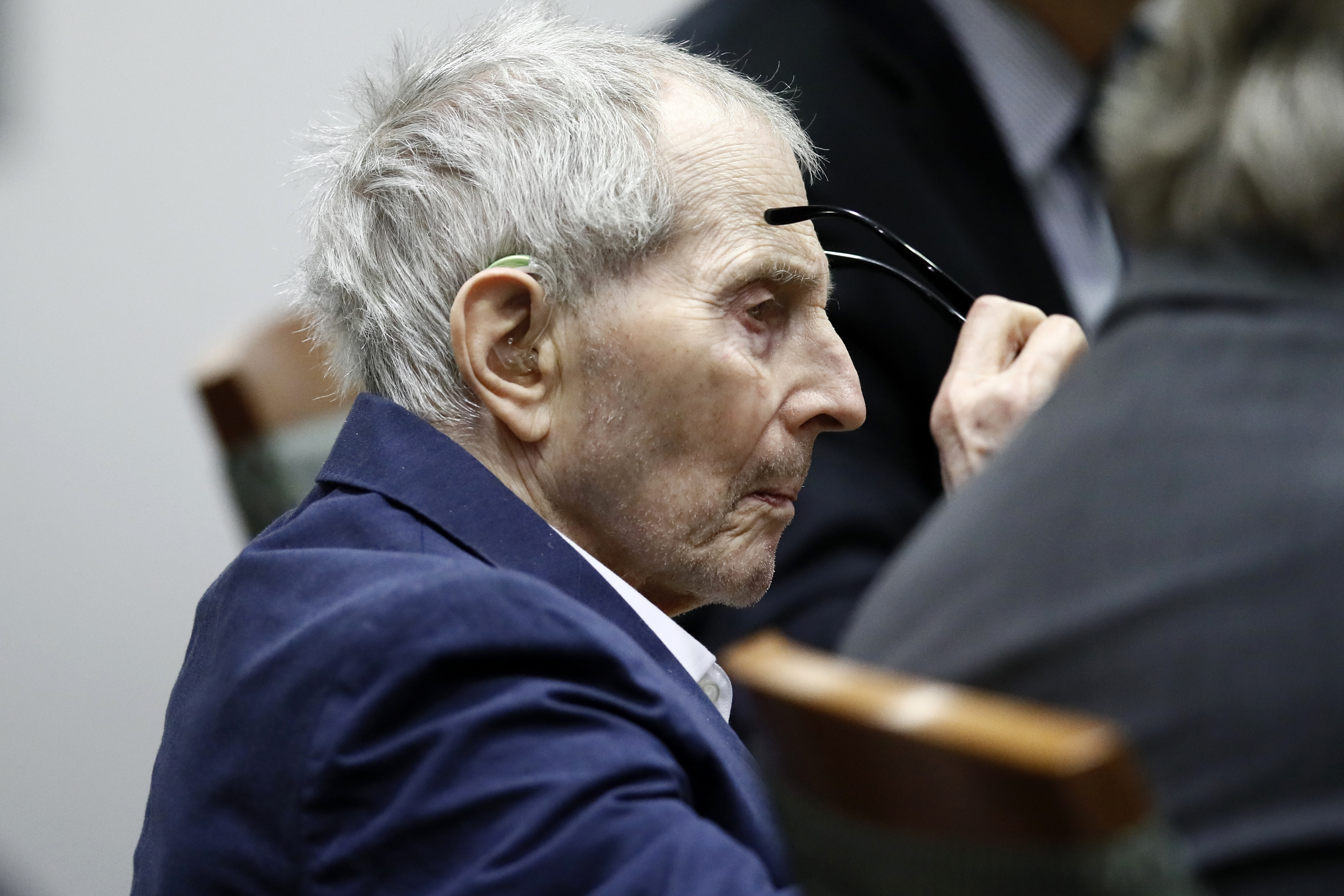 Cops arrested him on the same day the famous final episode of the documentary was broadcast in 2015.

He was found staying under a false name in a hotel room in New Orleans where police also found several ounces of cannabis, a neck-to-head latex mask, a gun, and over $40,000 in cash.

At the time of his most recent arrest, Durst was estimated to be worth around $110million.

Jurors have already been shown clips of the documentary, which prosecutors argue proves Durst murdered Susan Berman because she knew too much about Kathie's disappearance.

The trial is expected to last several months and began yesterday in Los Angeles.

If found guilty, he faces life behind bars.