The first black female deacon in the Church of England (CoE) is set to launch an appeal to the Privy Council after branding a decision to dissolve her parish in south-east London as ‘racist’.

Reverend Yvonne Clarke, 62, is set to lose her home and job at the All Saints Shirley parish in Southwark – where she has served for more than 20 years.

As part of cost-cutting measures by the Diocese of Southwark, approved on Wednesday, her parish will be divided between the parishes of St George, Shirley, and St John, Shirley.

Church leaders are proposing that Rev Clarke’s parish of All Saints, Spring Park, which is housed in a Grade-II listed building, be turned into a chapel of ease for use by those who live some distance from the parish church.

But Rev Clarke, who was ordained in 1987, said she is considering appealing against the decision to the Privy Council after alleging the decision felt ‘personal’ and motivated by racism. 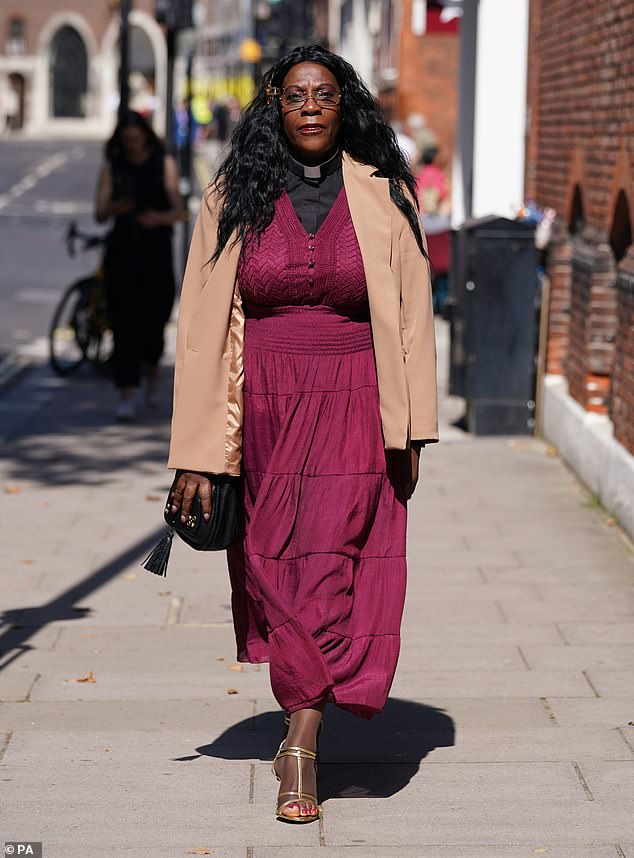 Reverend Yvonne Clarke (pictured), 62, is set to lose her home and job at the All Saints Shirley parish in Southwark – where she has served for more than 20 years

The diocese firmly denied allegations of racism or sexism towards Rev Clarke, and said it had come to the decision due to ‘ongoing concerns about the financial viability and capacity for governance and mission over a period of several years’.

At a hearing on September 7, Rev Clarke, who was among the first women to be ordained priest, also said due process had not been followed and she had not been consulted about the changes.

Following the decision, she said: ‘I am truly devastated by the decision of the commission, which I believe to be wrong, and I am now in discussions with my legal team and supporters to consider an appeal to the Privy Council.’

Frances Swaine, representing Rev Clarke, added: ‘We are very surprised by the decision of the Church commissioners, especially in their dismissal of the plans for outside investment in developing the run-down parish buildings, saving the Church many thousands of pounds.

‘We are now reviewing the whole decision and will be considering an appeal to the Privy Council.’

In its decision, the Church Commissioners’ mission, pastoral and church property committee said: ‘On the question of there being a racial, gender, or punitive basis for the scheme, the commissioners acknowledged the lived experience of racism experienced by the Reverend Yvonne Clarke in the parish and other contexts, but were satisfied that no specific evidence had been brought forward in either the written submission, or the oral hearing, to show the proposed scheme had been brought forward for an improper purpose.’ 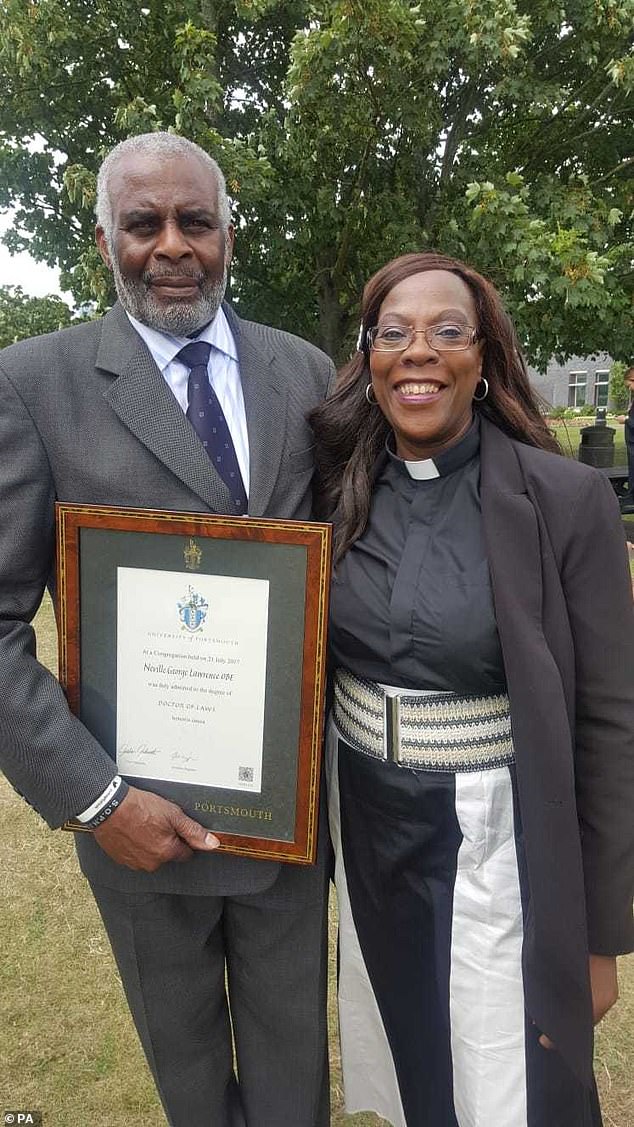 As part of cost-cutting measures by the Diocese of Southwark, approved on Wednesday, Rev Clarke’s parish will be divided between the parishes of St George, Shirley, and St John, Shirley (Pictured: Rev Clarke with Neville Lawrence)

The commissioners also said the parish was ‘not financially viable in its current form’ and the new scheme ‘would further cure the souls and mission of the church’.

It also said ‘the dispossession of the Reverend Yvonne Clarke would be a consequence of the scheme proceeding’.

During the earlier hearing Ms Swaine asked the committee to consider the ‘optics’ of the minister’s position.

She said: ‘However uncomfortable, it is important to address the question of racism in the Church of England and in particular, the Southwark Diocese.

‘If that racism is felt by those who received it, then it occurred.

‘For black worshippers there is special joy in going and worshipping where there is a black minister.

‘If the boundaries were reorganised there would be an inevitable black flight.’

Ms Swaine had previously said: ‘The Church of England has made clear its intention to tackle institutional racism, wherein it is clear decisions are made to preserve the white church structures with which its priests and more senior clergy are more familiar.

‘Given a re-evaluation of institutional racism in the past seven or eight months, the complexities of being seen to be “sacking” a loved and admired priest are likely to rebound in the community, and it is unfair and unjust that such matters do not receive a full public airing.’