COPS searching for a missing woman have launched a murder probe despite finding no body.

IIona Golabek, 27, from Boston, Lincolnshire, has not been seen since November 10. 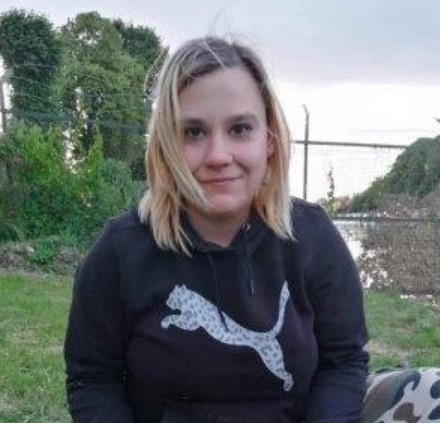 Police have previously appealed for sightings of IIona and have now launched a murder investigation.

Two men, aged 32 and 40, have been arrested on suspicion of murder and are currently in custody, Lincolnshire Police said.

Officers believe IIona was in the Wide Bargate and Red Lion Street area of Boston at around 11.55pm on November 9.

She then headed towards the Cattle Market at 12.13pm before she vanished.

Members of the public who might have seen IIona in the area have been urged to contact police.

IIona has blonde hair and was last seen wearing black leggings and an oversized hooded sweatshirt with a yellow triangle pattern across the chest.

Detective Chief Inspector Richard Myszczyszy said: "If you think you saw Ilona, or you have captured her on your dash cam, we are urging you to call us on 101.

"It’s vital that we have every piece of information available that could assist the investigation."

Anyone with information has been asked to contact Lincolnshire Police on 101 quoting incident 200 of November 11.

You can also email [email protected], or report information via the force's dedicated portal.

How you can get help:

Women’s Aid has this advice for victims and their families:

Can hay fever cause a cough or sore throat? How symptoms compare to Covid – The Sun