POLICE have warned parents about mind-bending cannabis sweets that look like children's treats.

Cops in Rochdale, Greater Manchester, have sounded the alarm over the packages which are laced with the drug. 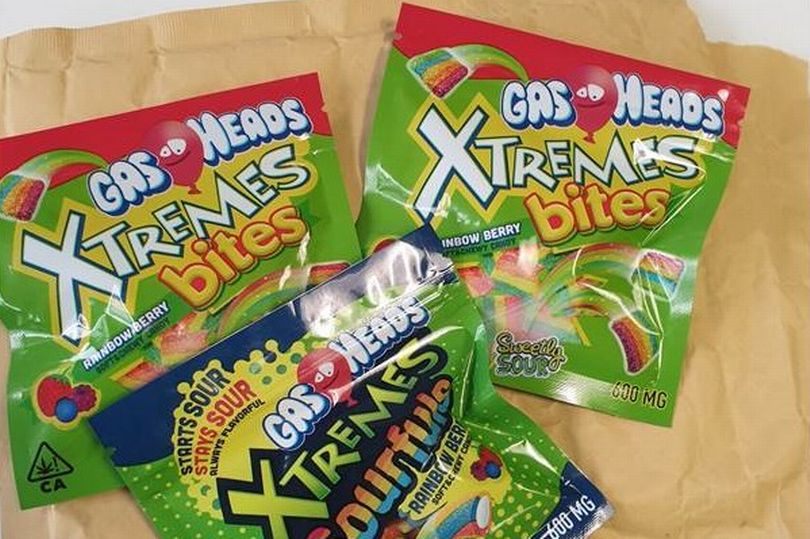 In May, four children were rushed to hospital after eating jelly sweets which contained cannabis.

The police post on a GMP Facebook page said: "This could have serious consequences for any young person or child who may consume these.

"Please keep an eye out over Halloween to see what your children are consuming."

One person wrote under the police post said: "These packets all over Rochdale lol. I’ve seen them before.

"Not just that kind of sweet all different ones with various different packaging."

Another said: "Anyone giving these to my grandchildren will get the police knocking on their door."

Last week, a Sun investigation revealed how easy it is to buy products that look identical to popular sweets but are infused with cannabis and sometimes hard drugs like MDMA in just a few clicks.

A huge number of British websites were found that can deliver edibles to your door – and they are also available through social media sites like Instagram.

In March, we revealed how sales of cannabis sweets are soaring – with exchanges even freely taking place on Instagram and Snapchat.

Dozens of UK dealers are also trading online – flogging what they claim are “treats”.

It comes after a 31-year-old man appeared at Bolton Crown Court last month after he accidentally left cannabis sweets in what looked like a sweet packet which his toddler daughter ate.

He had kept the gummy sweets in what looked like a Haribo packet with an image of teddy bears on the outside.

One of the his three children was rushed to A&E on January 20, after becoming drowsy, Bolton Crown Court heard.

Tests on the two other children also revealed traces of cannabis in their system.

The little girl was later released with a clean bill of health and her dad was given a community order to do 75 hours of unpaid work after admitting three counts of neglect and causing injury or suffering to a child.