The moment every cruise ship passenger now dreads: Tourist reveals the moment captain of cruise ship with 400 Britons on board revealed fellow travellers were infected with Covid-19

Cases of coronavirus have been confirmed on board a cruise ship carrying 400 Britons in the Caribbean, passengers say.

The captain of the Coral Princess announced that ‘there were positive results for Covid-19’, according to a recording shared by one of the guests.

Samples were sent for testing in Barbados after the ship’s medical centre reported a ‘higher than normal number of people presenting influenza-like symptoms’ on board.

The 1,024 passengers were due to disembark in Florida on Saturday, but it is not yet clear whether they will now be allowed to dock. 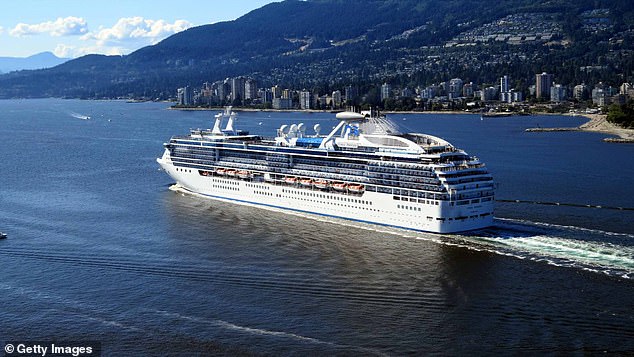 Passengers on the Coral Princess cruise ship, pictured, say coronavirus cases have been confirmed on board

Princess Cruises announced a 60-day halt to its holidays last month, but the Coral Princess was already at sea and several countries have refused permission for passengers to leave the ship.

The crew is now in ‘continued talks’ with health officials over how to get the passengers home, the captain said.

Port officials in Fort Lauderdale say decisions on whether to admit vessels will be made in consultation with the Centers for Disease Control and Prevention (CDC) and other agencies.

The US Coast Guard has warned cruise ships generally that they should be prepared for an ‘indefinite’ stay offshore.

It is not clear how many people are infected. MailOnline has approached the cruise operator for comment.

According to the recorded message, the captain said: ‘As you know, over the last few days, a small cluster of cases among guests and crew members have presented with influenza-like illness symptoms and those have been isolated.

‘We took the opportunity while we were in Barbados to load more supplies including face masks and sent samples ashore for testing.

‘We have now received confirmation that there were positive results for Covid-19. These patients have all been advised of their test results.

‘This new information means that we will need all guests to remain in their staterooms for the remainder of our cruise.’

News of the confirmed cases has also emerged on social media via worried relatives of passengers on board.

One woman said her NHS nurse mother had been stuck on the ship since March 15, while another said his father had tested positive. It is thought that around 400 Britons are on board. 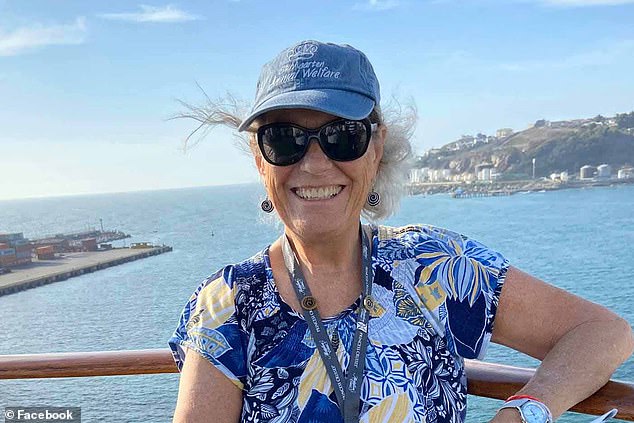 One passenger, Christine Beehler (pictured), shared a recording of the captain’s announcement from her stateroom 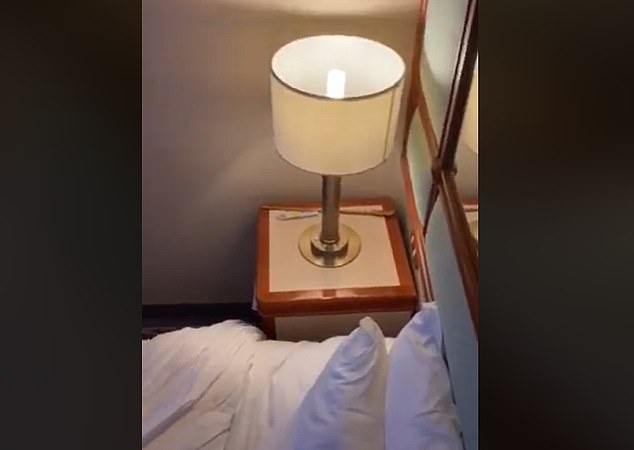 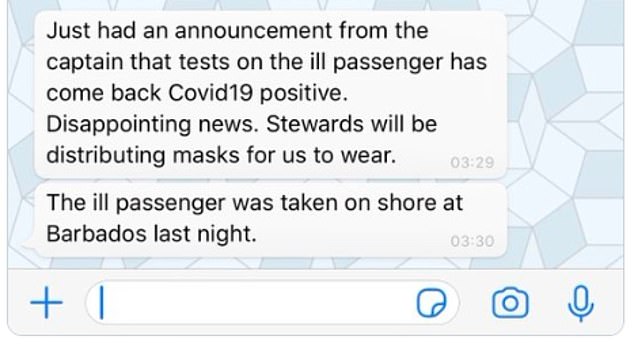 One passenger’s daughter shared a text from her mother saying that at least one person had tested positive. The captain mentioned multiple cases

The captain’s message continued: ‘We are in continued talks with our head office and officials shoreside regarding your disembarkation and are working to confirm these details.

‘We understand that this is frustrating for you but like so much of what we have encountered on this voyage, it is a constantly changing situation.

‘We are working to adapt our plans so that we can get you home as soon as possible.’

The Coral Princess had to leave Buenos Aires on March 19 after Argentina brought in quarantine rules which would have left the ship marooned there indefinitely.

The ship reached Montevideo on March 21, where fuel and supplies were taken on board but passengers were not allowed to disembark.

Brazilian authorities turned the ship away in Rio de Janeiro on March 24, despite some guests having confirmed outbound flights from Brazil.

The Coral Princess then sailed to Barbados for a ‘service call’ on March 31 where no passengers were allowed to leave.

Crew members will now be distributing masks which passengers will be required to wear when they receive food or interact with staff.

‘At this time we can only distribute one face mask per guest so we will ask you to reuse them until we are able to provide a replacement. We’re not sure when that will be,’ the captain said. 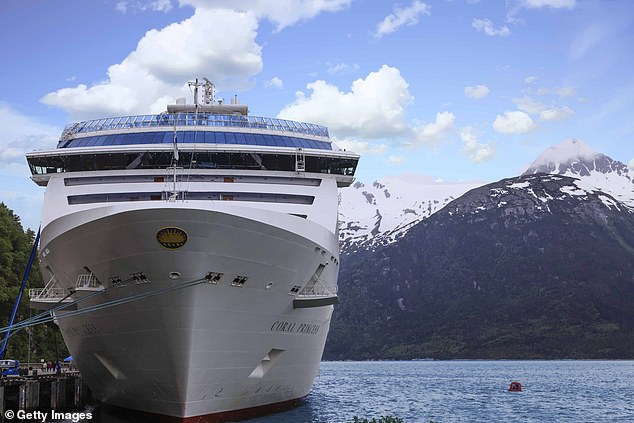 Any further passengers who notice symptoms of respiratory illness such as a cough, fever or shortness of breath have been told to inform the crew by phone.

A US Coast Guard memo covering ships in Florida, Georgia, South Carolina and Puerto Rico said ships should be ready to treat sick passengers and crew on board.

The rules, which apply to vessels carrying more than 50 people, were issued in a March 29 safety bulletin signed by Coast Guard Rear Admiral EC Jones.

All ships destined for US ports were already required to provide daily updates on their coronavirus caseload or face civil penalties or criminal prosecution.

Dozens of cruise ships are either lined up at Port Miami and Port Everglades or waiting offshore due to the coronavirus pandemic.

Cruise ships have been causing problems for health authorities for weeks after a series of coronavirus scares at sea.

In the most serious case, more than 700 people tested positive on the Diamond Princess during a failed two-week quarantine imposed by Japanese authorities.

Experts have highlighted a number of reasons why cruise ships are vulnerable to the spread of disease, including the large number of elderly passengers in a confined space.

Princess Cruises announced on March 12 that it was suspending all its operations for 60 days because of the health crisis.

High court limits when police can enter home without warrant