PRESIDENT Trump said the FDA is approving two drugs “almost immediately” to use to fight COVID-19.

The President's announcement that the FDA had approved the two drugs came as nearly 10,000 cases of coronavirus were confirmed in the U.S., with at least 150 deaths. 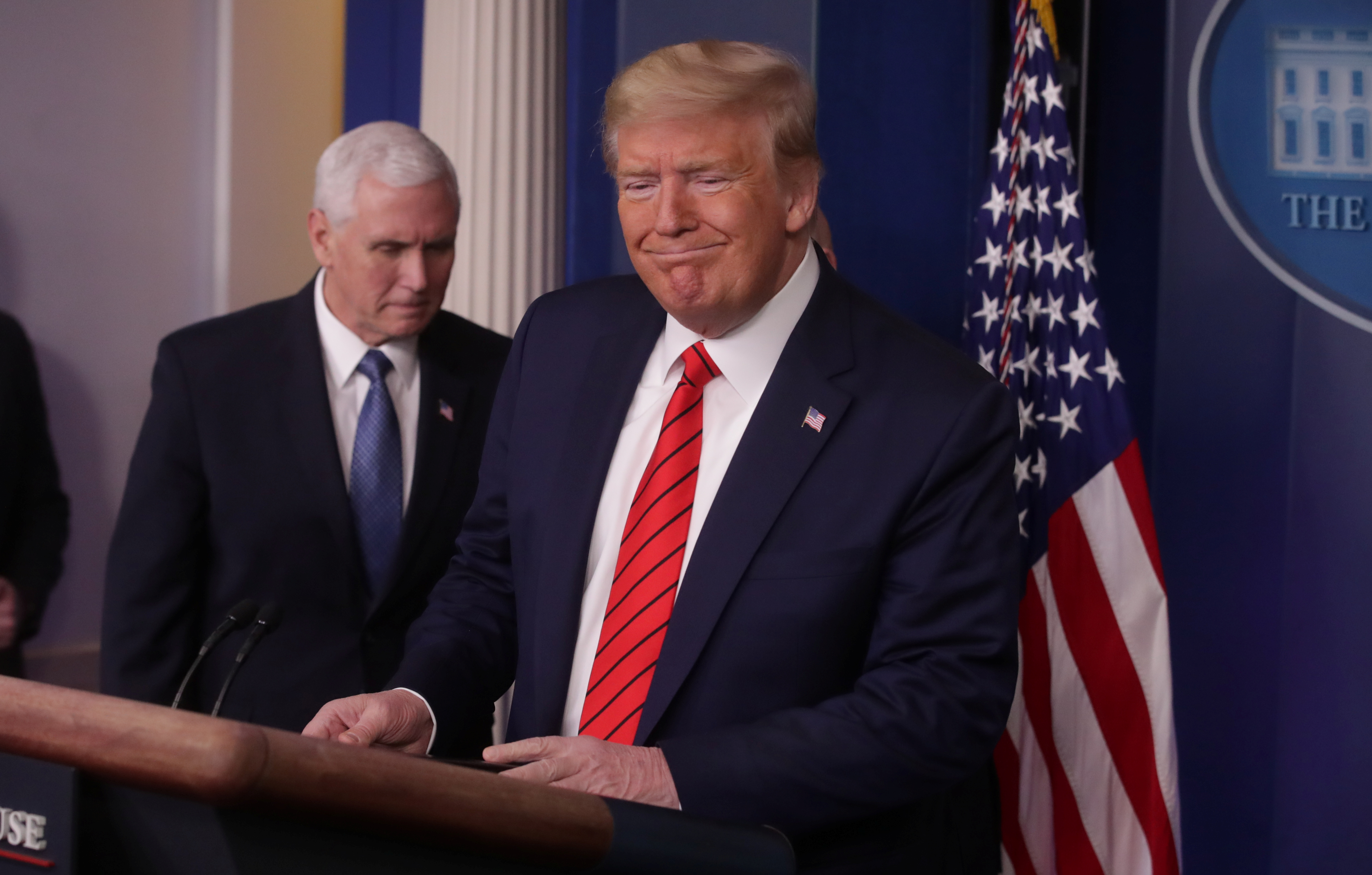 At the press conference, Trump reiterated that officials are working to do all they can to defeat COVID-19.

"We continue our relentless effort to defeat the Chinese virus," Trump said.

He said that the anti-malarial drugs cloroquine and hydroxychloroquine will be made available "almost immediately" for patients battling the deadly coronavirus.

The two drugs will be available for patients by prescription, Trump said.

FDA Commissioner Stephen Hahn said that cloroquine and hydroxychloroquine will be available through clinical trials, however, conflicting Trump's prior comments and rolling back the President's statement.

An FDA spokesperson told Bloomberg that chloroquine had not been approved for use in patients who have COVID-19.

Trump said the drugs have been around for years, so the risk is lower than new drugs who may affect people in unknown ways.

"Nice part is it's been around a long time, so if things don't go well, we know it won't kill anyone," Trump said.

"It's shown encouraging very very early results," he said of the anti-virals.

He said early tests of the drugs have shown "tremendous promise" against the virus.

"I think it could be a game changer," Trump said.

Remdesevir is currently under clinical trials, and can be given to patients now as a "compassionate use" drug to patients.

It has not been FDA approved yet, however.

Officials said as more people are tested in the U.S., the number of positive cases will climb.

"This will continue over the next 2-3 days," Dr. Deborah Birx said of the number of diagnoses.

"The number of test positives is increasing," she acknowledged, as more people are being tested around the country. 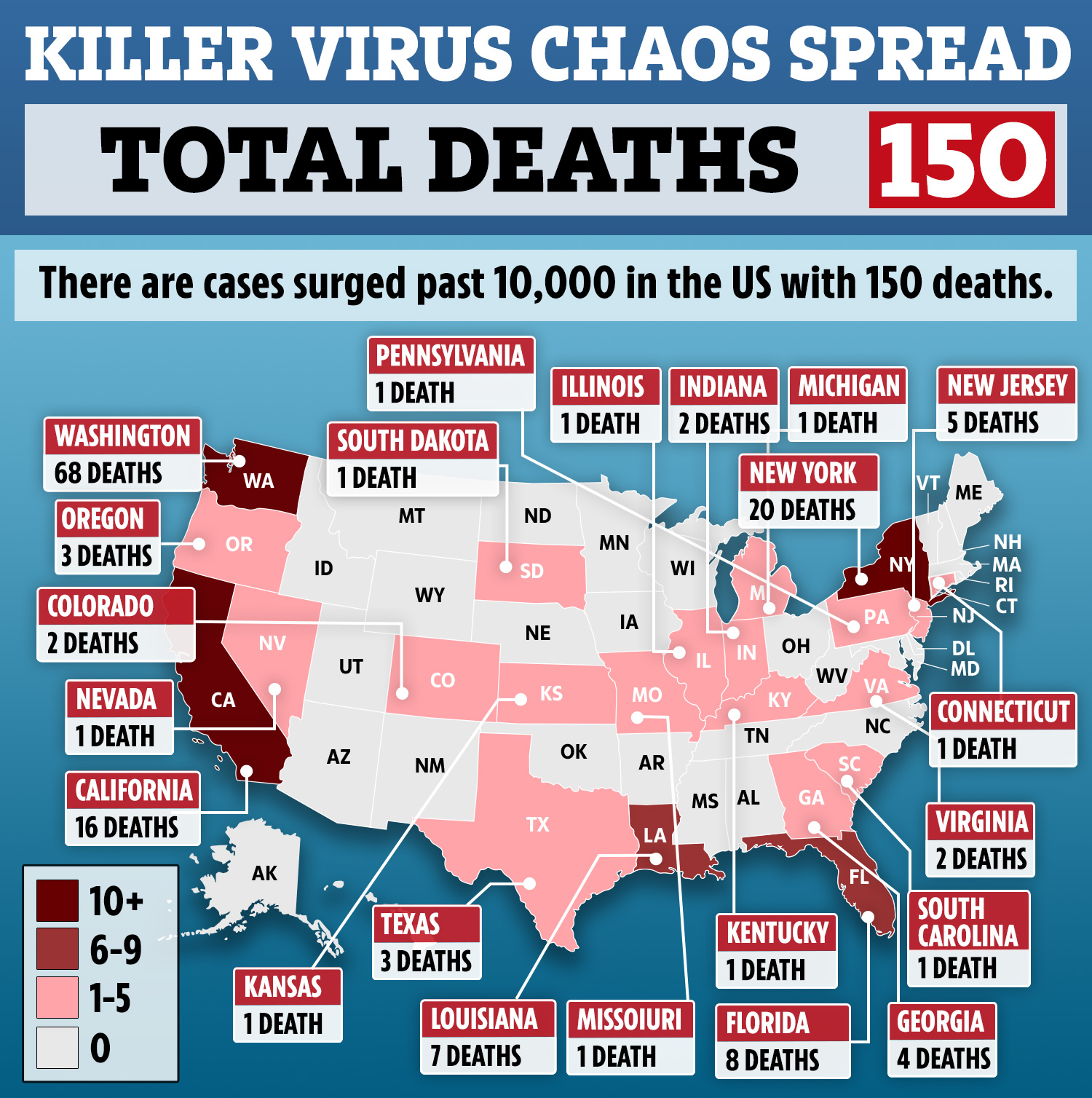 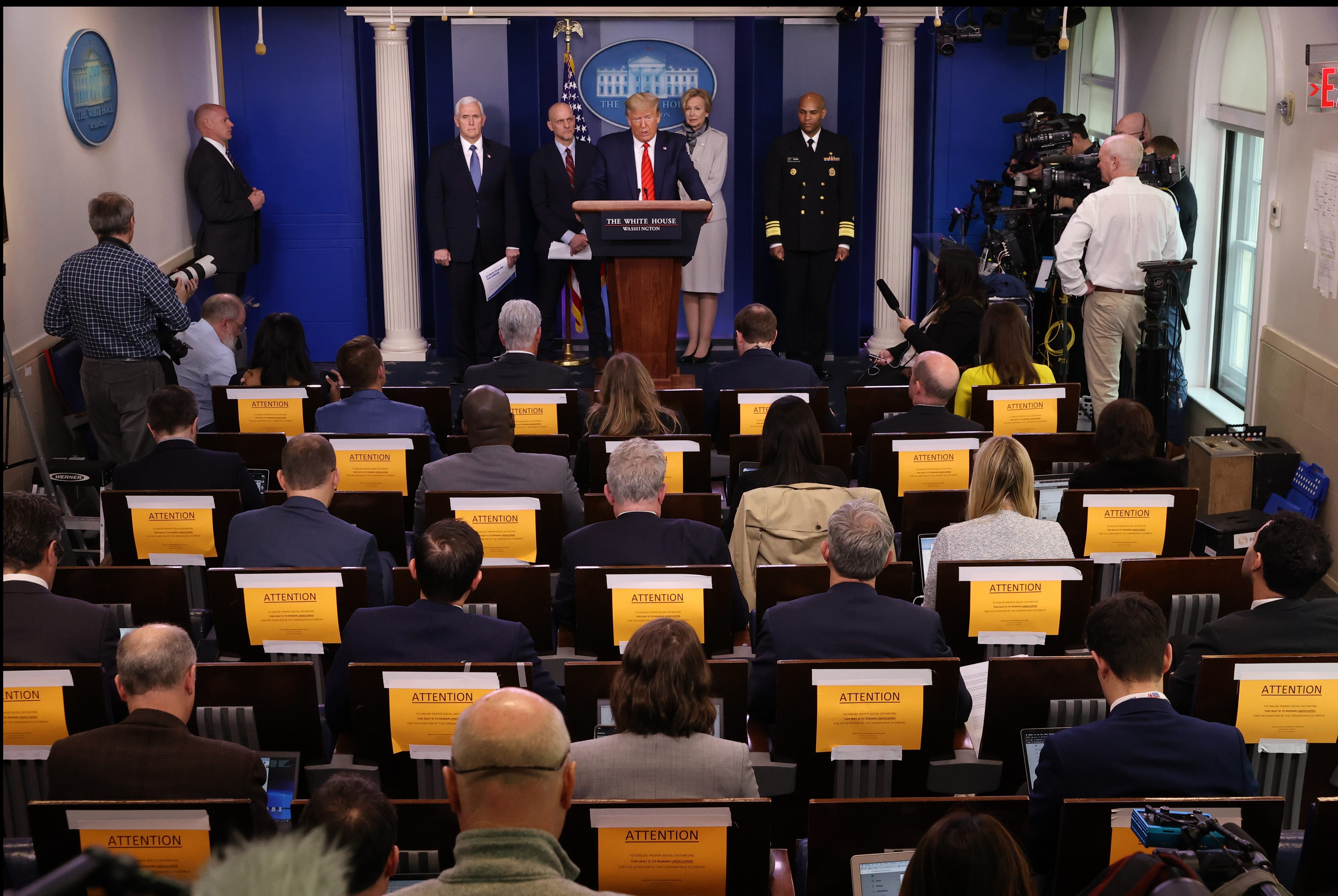 When questioned why there is a shortage of masks and what doctors are supposed to do about medical supply shortages, Vice President Mike Pence said factories were approved to produce hundreds of millions more masks a year.

When asked when he thinks the U.S. will go back to normal, Trump did not have a solid answer.

"This is uncharted territory as we know."

He said if people had known about the virus earlier, it could have been stopped.

"It could have been stopped pretty soon if we'd have known about it," Trump added.

When questioned later if a 15-day hard advisory given by the President earlier this week would need to be extended, Trump said he could not say at this time.

Surgeon General Jerome Adams called for people to donate blood if they are able, to help save lives during the COVID-19 crisis.

"Social distancing does not have to mean social disengagement. So give blood," he urged.

The conference came as the U.S. Air Force flew half a million coronavirus tests to the U.S. from Italy, after an outrage across the country over a shortage on kits.

As the virus continues to batter the country, Americans may get two checks under Trump's plan to salvage the economy.

The Treasury Department is reportedly set to ask Congress for $500 billion in direct payouts, on April 6 and May 18. 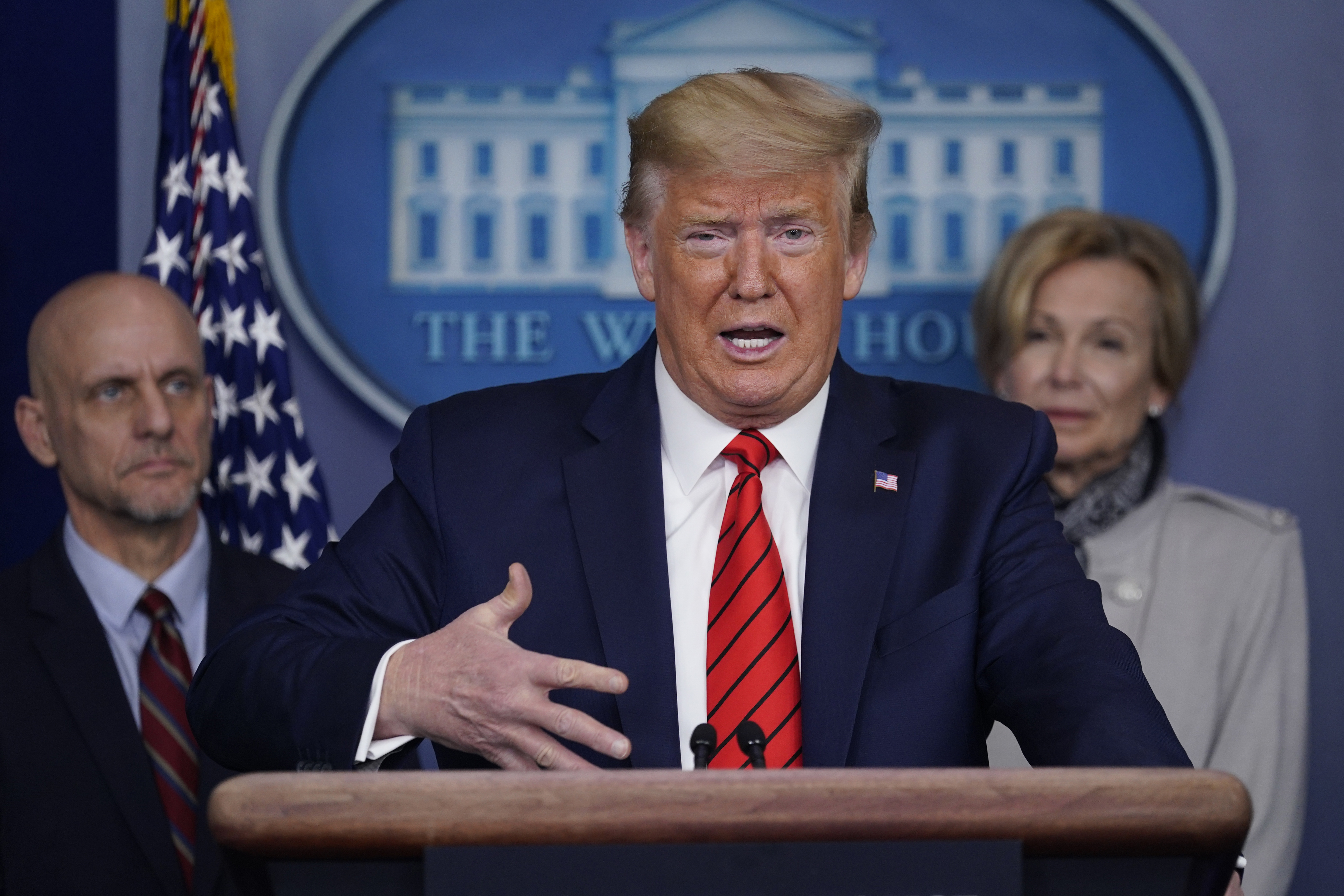 Trump tweeted early Wednesday the U.S. would "win" against coronavirus.

"We are going to WIN, sooner rather than later," Trump tweeted.

Donald Trump's remark came on Twitter just hours before a press conference at the White House, as total cases in the U.S. soared over 9,400 with at least 150 deaths.

Switzerland says Swiss hostage in Mali has been killed